This is the day of leaving Bosnia to get back, for the last day, to Croatia. Bus to Dubrovnik doesn’t leave so early, around 10 and bus station is not so far from the guesthouse so I can take it relatively easy. Bus leaves quite on time considering that it is coming from Sarajevo. Bus driver has some problem with my electronic ticket but in the end he allows to jump in agreeing that we would print a copy in Neum. Well the fact that he mentioned this place makes me understand that it is going to be a day full of borders.
In fact, if the bus stops in Neum then probably he will go to Croatia then to Bosnia, Neum to be precise and then Croatia again. Likely other route having just one border cross are on worst roads. 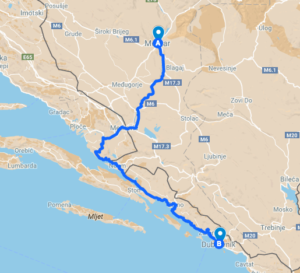 First border is the Doljani/Metković that I’ve crossed already going from Ploče to Mostar and it takes even longer than the other time. Procedure is the same. The bus driver takes all the passports and ids and after that they’re allegedly checked by both frontier police, they’re are returned usually with the help of some passenger, chosen among the smarter ones.
Weather is quite bad. It is not raining but is very cloudy so I do not enjoy the view on the Neretva that in Croatia become a sort of larger and tidy canal resembling a different river than the one crossed by the Stari Most in Mostar.
After we reach the highway, the second border cross arrives soon. The little stripe of land by the sea belonging to Bosnia is so small that the two border name, on Bosnian side are Neum-1 and Neum-2 because the only town is the already mentioned Neum. This time I have the impression that the duration of the check is shorter and probably because we are on Bosnian Bus, coming from Bosnia and entering into Bosnia again. A couple of kilometres after the border bus stops for 15 minutes at one hotel where I can finally print my ticket and have a coffee. Second border cross is of course very close and this time the overall time for check is about 10 minutes. From here to Dubrovnik nothing much to say. Bus station is on the Northern part of the town, quite far from the old City so I need to take a local bus.

This is my second time in Dubrovnik. I’ve been already here eight years ago, it was close to Easter also that time and the weather was horrible.

At least today is not raining but unfortunately there are heavy clouds and it is a pity because the old city is absolutely amazing and with this light is difficult to report it through pictures.
It is already afternoon when I cross the Pile gate entering in the walled town. The trip from Mostar took about 3,5 hours. I don’t have then much time for this first tour so I concentrate on the main street, the Placa, also called the “Stradun” (from the Italian Strada=Street). What impresses me is how bright are the stones of this street. Amount of tourists is crazy. I should have considered that in the end today is the Easter Monday and it is a public holiday in most of Europe. I love the little streets going up to the hill leaving from the Stradun. How it should be beautiful this town in some sunny winter day when almost no tourists are populating the city centre. I need to rest and then to come back in centre for eating some fish. Afters Bosnian meat and trouts I really need it.
In the evening I also try to take some nice picture framing the shiny Stradun hoping for a better weather tomorrow.
Here is the gallery of all pictures taken in Dubrovnik. 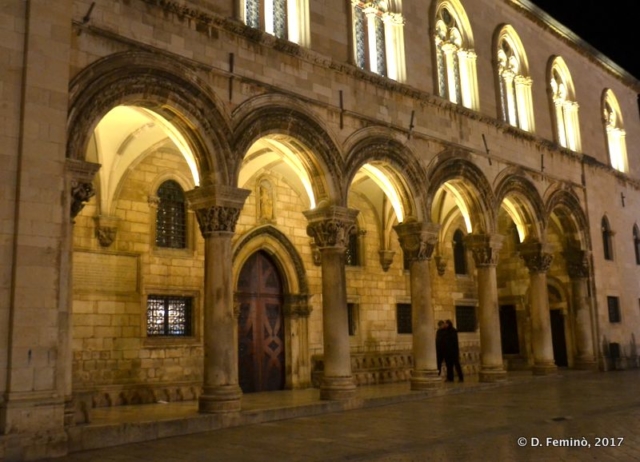 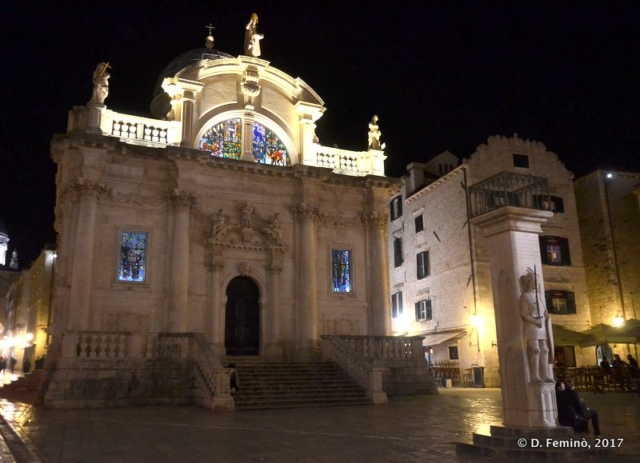 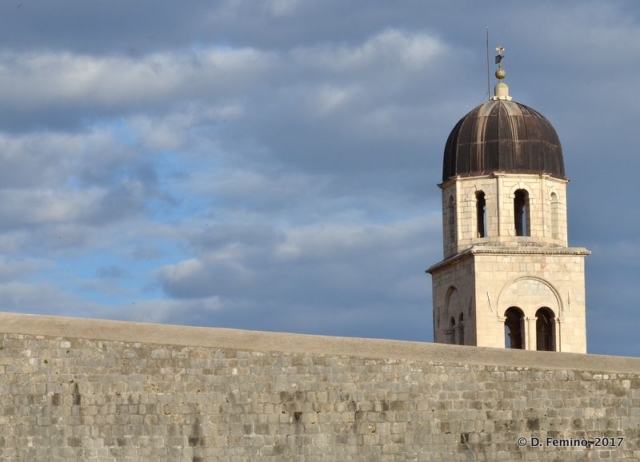 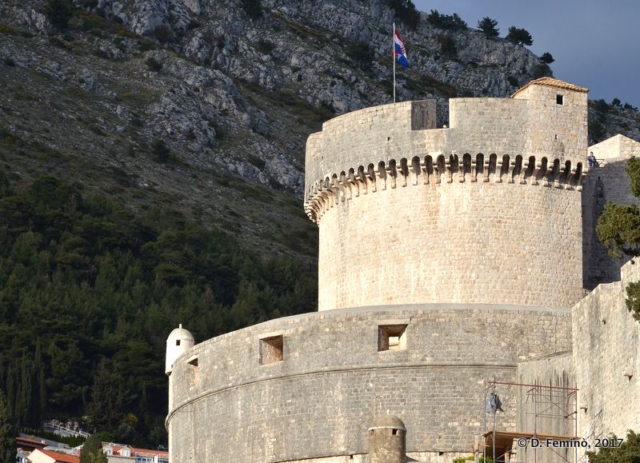 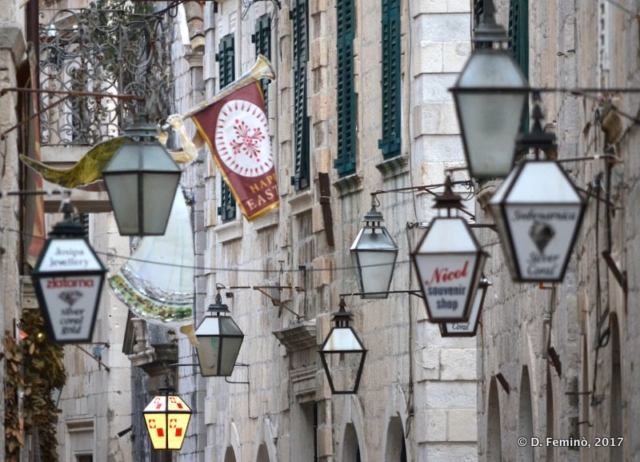 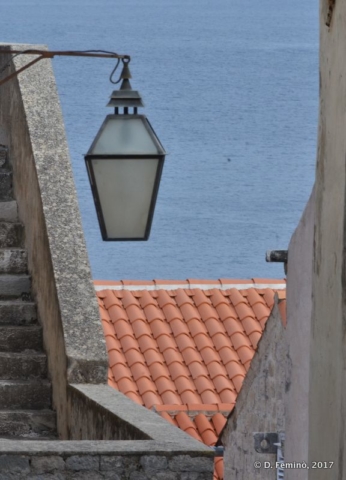 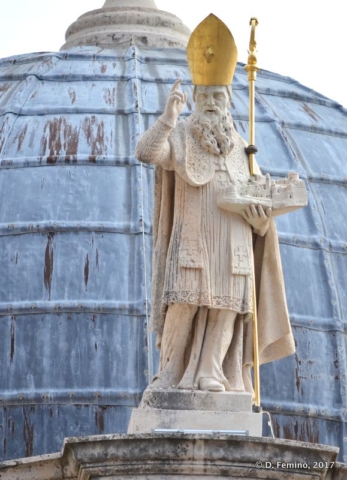 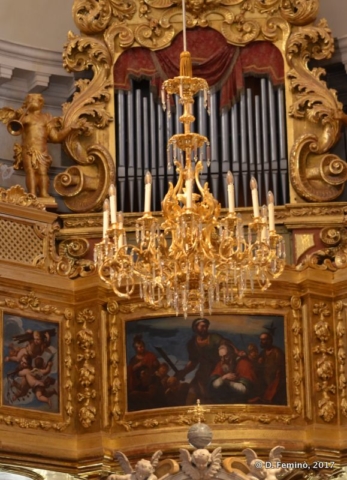 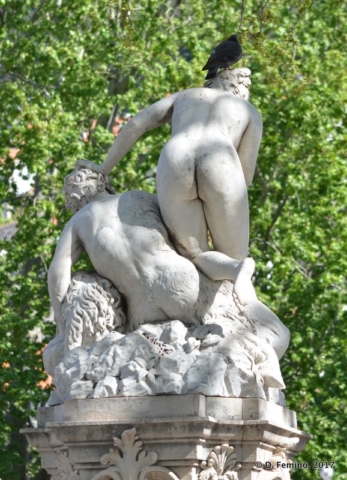 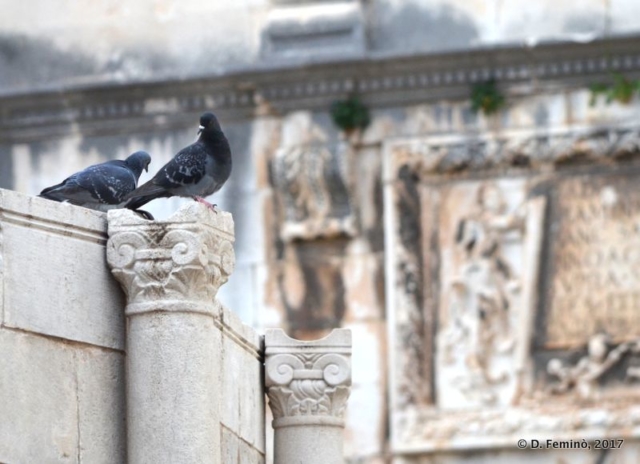 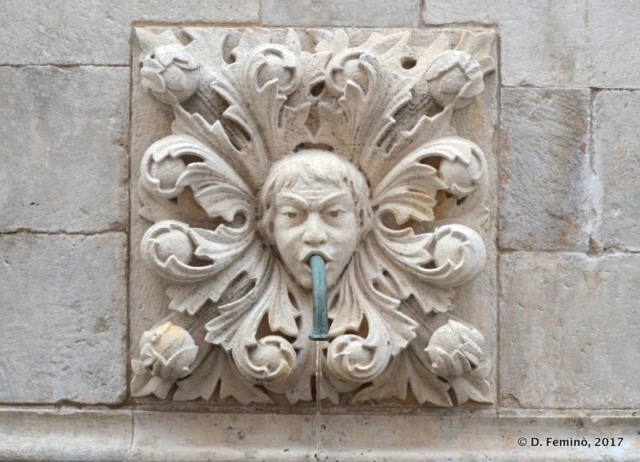 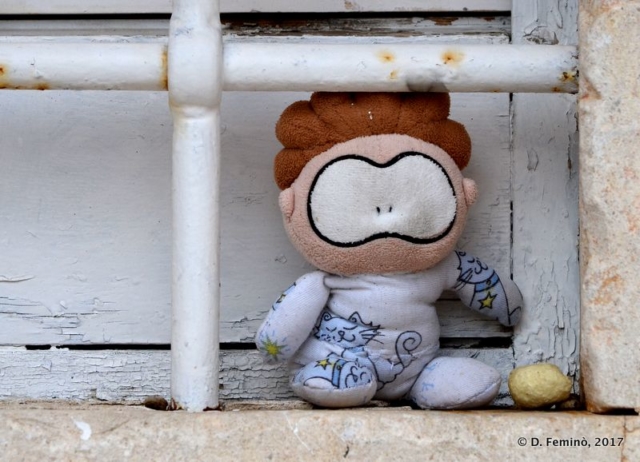 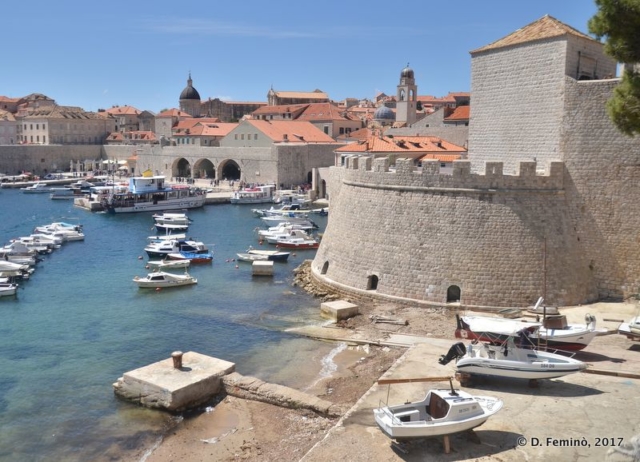 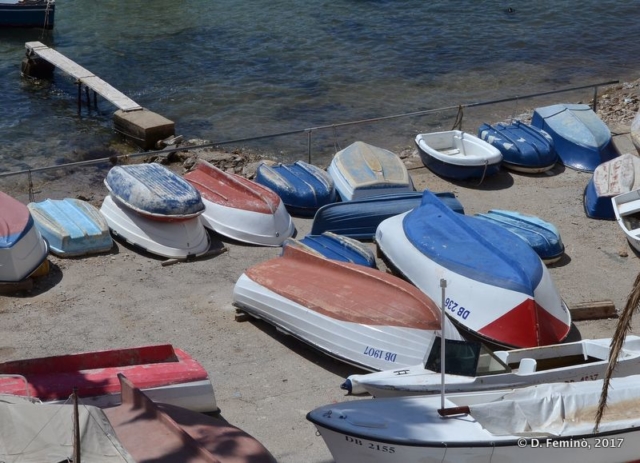 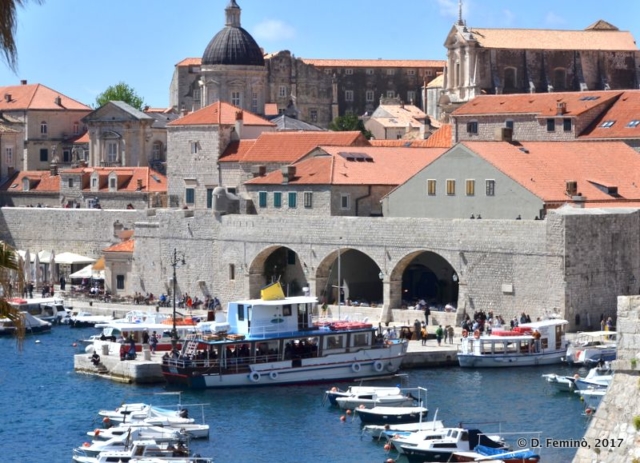 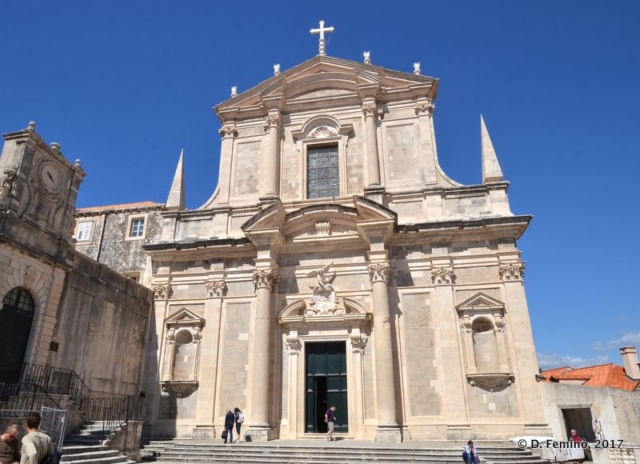 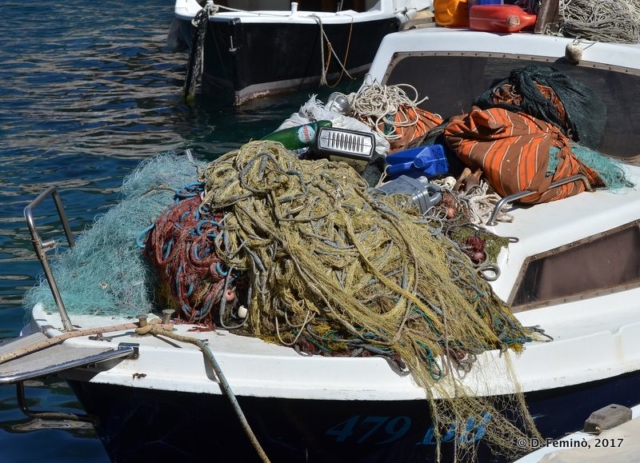 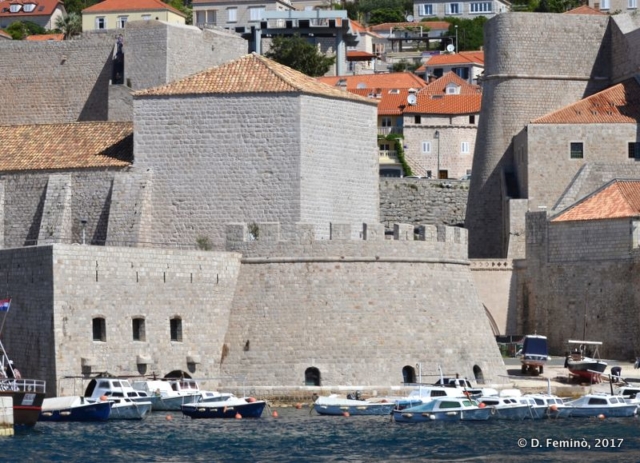 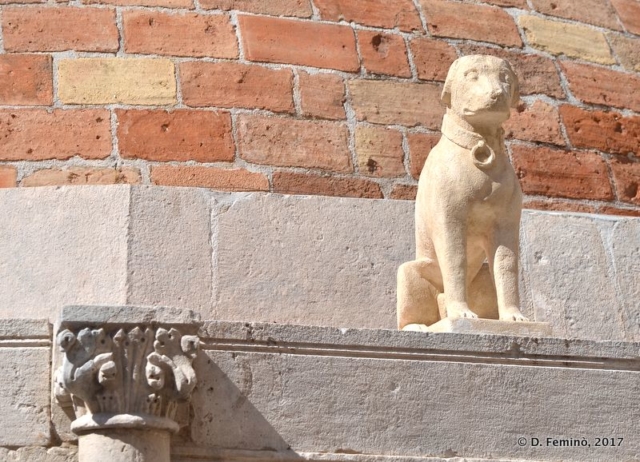 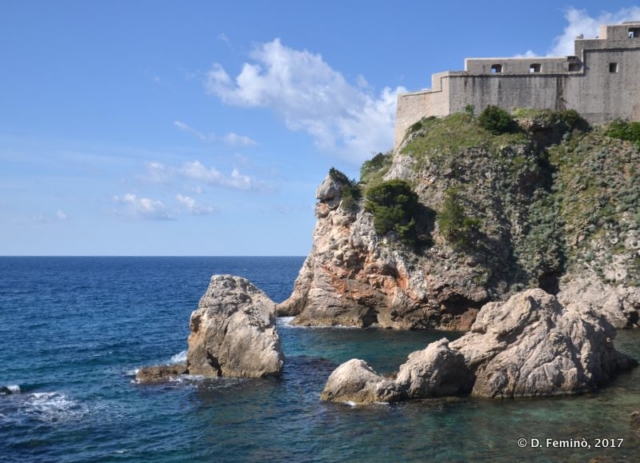