On the road to Veliky Novgorod.

Today I’m going to Veliky Novgorod, a quite famous town laying between Saint Petersburg and Moscow. When you talk to Russians you can skip the word “Veliky” meaning “Great” because for them this is just Novgorod. The other one with similar name is Nizhny Novgorod, for Russians simply “Nizhny” that is much bigger and that will also maybe be part of my trip.

Apart the name, there is another thing that two towns have in common and it is the Kremlin, the main reason why I’m now in the Saint Petersburg Metro, going to Moskovskaya station where, following the very detailed instructions I’ve found on the relevant website, I have to catch the bus to the “Great” Novgorod. Bus is actually a mini van. I bought the ticket online and it is enough to show the passport to get in. Everything is very professional. There is even WiFi on board. Trip is not bad. Road is good, mainly highway. We do a break in a gasoline station after about 2,5 hours. Total time of travel is 4 hours. Weather is finally fine so, when bus has its final stop in front of Novgorod Train Station I’m eager to visit the town.

Some thin voice in the back of my head is suggesting me to check how to catch a train (or a bus) to Moscow, my next destination so, before reaching my hotel. I ask infos at the railway station. Well, good news is that there is a direct connection to Moscow, the bad one is that is the only connection and that it leaves in the evening at 21:20 reaching Moscow around 5:00 AM.

Bus station is also very close so I decide to have the full view. I don’t even try to talk to the information office checking the timetable I understand that bus to the fantastic Moscow leaves three times a week, at 2:00 PM and it takes 8,5 hours. Probably not the most comfy way of travelling. I start understanding that moving in such a big country is not like in other places I’ve visited so far. With these thoughts in mind I reach my hotel by walk. I discover that is a brand new one. They opened just three weeks ago and they don’t even have a sign outside but is absolutely lovely. Everything new, a big room and the guy at the reception speaks also very good english. Everything is ready to visit the town. I will think about trip to Moscow afterward.

Novgorod centre is compact and can be visited without problems in few hours. It can be divided in two parts on the two banks of Volkhov river.

On the left bank there is the Kremlin, on the other side there is also a very interesting area full of sights called Torgovaya Storona (Trading side). My hotel is 300 meters from the Kremlin whose main gate stands on the huge Sofiykaya square.

Atmosphere is the right one for a Sunny Sunday. I do not enter immediately in the Kremlin but I prefer to walk around the walls so I see also that there is a small charity show in the park. I reach soon the pedestrian bridge connecting the Kremlin to Torgovaya Storona. Views from here are great. On the left bank there is a nice beach. On the other side, it can be seen the impressive arcade of Yaroslav’s court.

Once I’m there I can see that behind the court there are several beautiful churches including the lovely Church of the Transfiguration of Our Saviour. Since everything is around me within about one kilometres I’m not in hurry and I enjoy the great day erasing from my memory, yesterday’s rain in Piter. I got a small town plan in the hotel and following it, I reach Bolshaya Moskovskaya street where I can find other two churches not included in the Lonely Planet map. I feel a bit hungry, in the end I didn’t have any lunch, so I enter in a soviet style market where I buy some fruit. Riverside is nice with also a cycle track. But as I’ve said town is small so I’m again on the bridge.

Novgorod’s Kremlin, or Destinets as it is locally known, is part of Unesco heritage’s list and it covers an oval area as you can see from the photo of the map that can be found outside the walls. 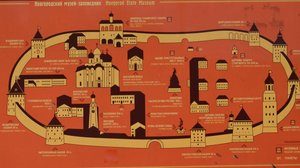 Novgorod is one of the most important town in Russia from the historical point of view.

Its Kremlin is one of the oldest in the country and what is more important is here that in 862 the modern Russia state was proclaimed, that’s why the town is sometime called as the birthplace of Russia. It was also an important trading centre until Saint Petersburg was founded. Now instead is a quiet small town proud of its roots. Within the walls of the Kremlin the most impressive monument is for sure the Saint Sophia’s Cathedral that is also the oldest church in Russia. Walking around to watch the rest of the Kremlin I can see there are many other sights and with the good weather a lot of glimpses where to point out the camera. My favourite ones are the towers, the clock tower, the kokui tower and the peculiar cathedral’s bell tower with several arches. In the end it comes out that there is much more to walk on the other side. I think now it’s time to reach the hotel to decide what to do with trip to Moscow.

Here I am again facing my doubts but also strongly committed to find a solution. My original idea was to take a bus or a train to Moscow on Tuesday morning (today is Sunday)

but it is now clear that there isn’t such possibility. Staying here one an additional day would be ridiculous. So, cornerstone is, let’s move tomorrow. By bus I would arrive in Moscow tired and quite late in the evening. Train seems to be by far a better option with the only drawback of not using second night in the hotel.

After all I think this is acceptable and by the way it would be ok to have the chance to stay in the room until late. Even if it is not a smooth task, in the end I’m able to buy the ticket online on the Russian Railways website. I had to create an account. I guess I will use it a lot during this month. Happy for the solution I get out for dinner. I go in a place considered to be one of the best in town. It is called Dom Berga but to be honest I’m not crazy for what I eat. However the sunset on the river is wonderful. Tomorrow I will have the chance to further explore this town and its surrounding. And here it follows the gallery of these two days in Novgorod. 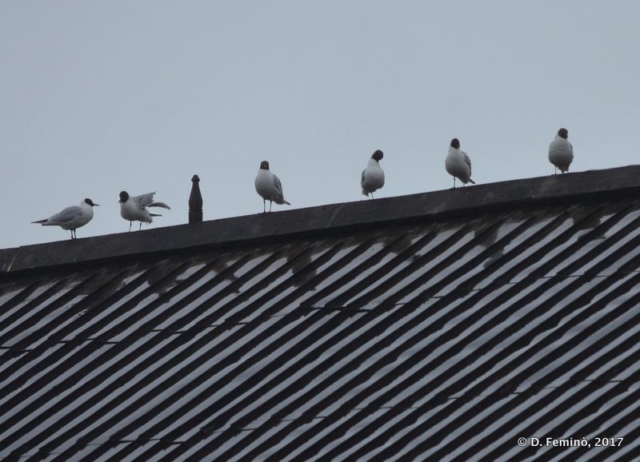 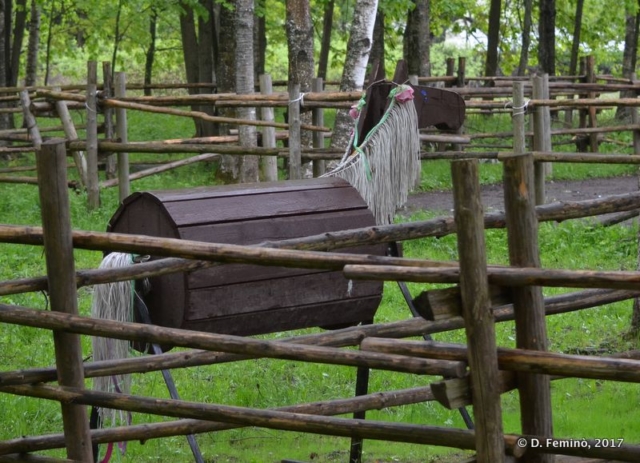 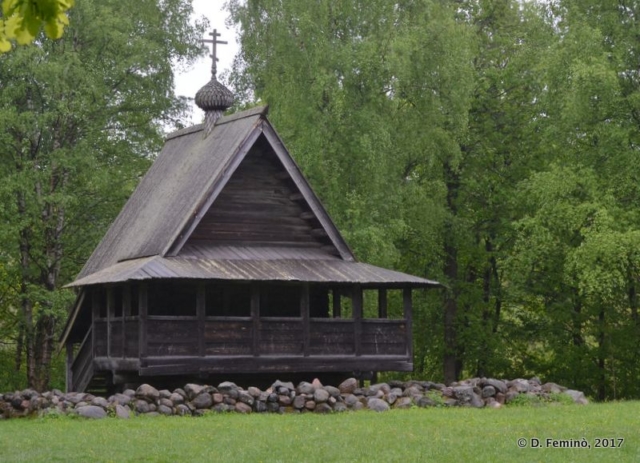 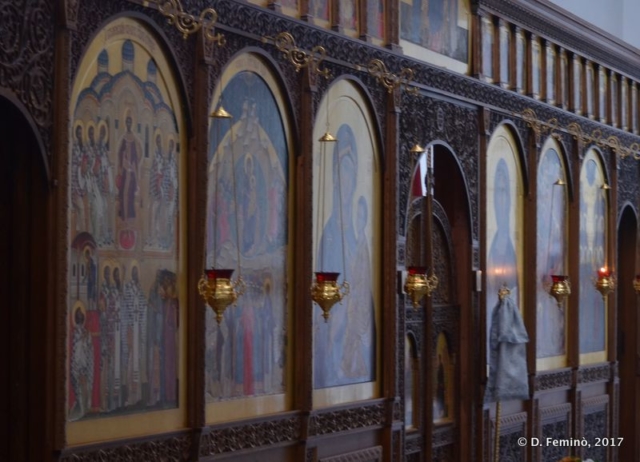 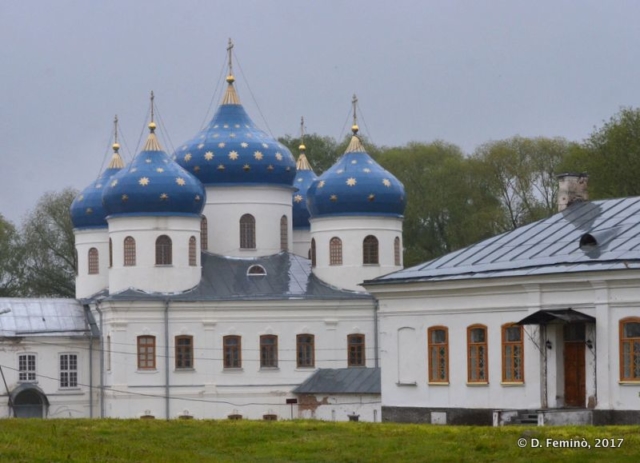 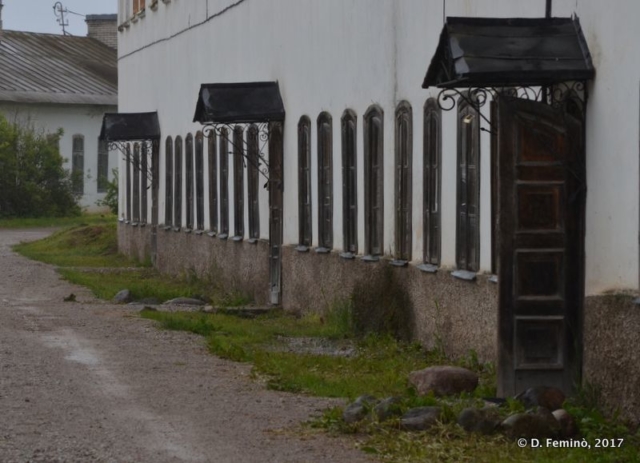 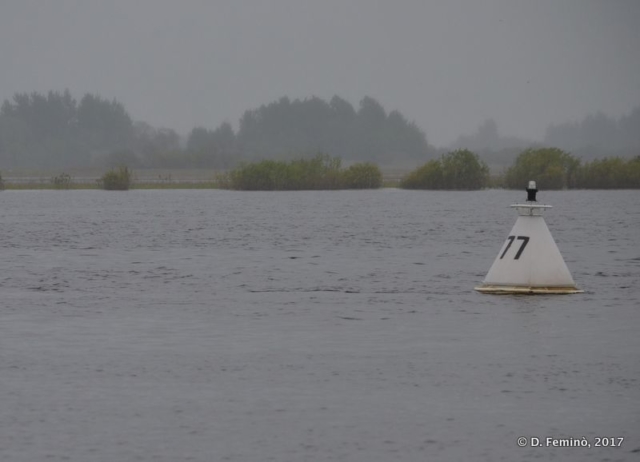 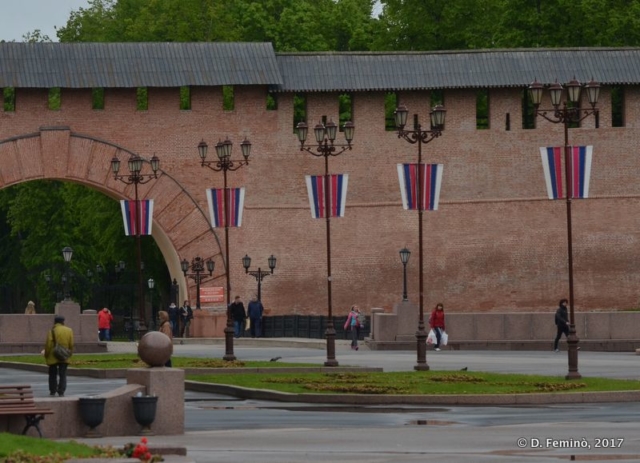 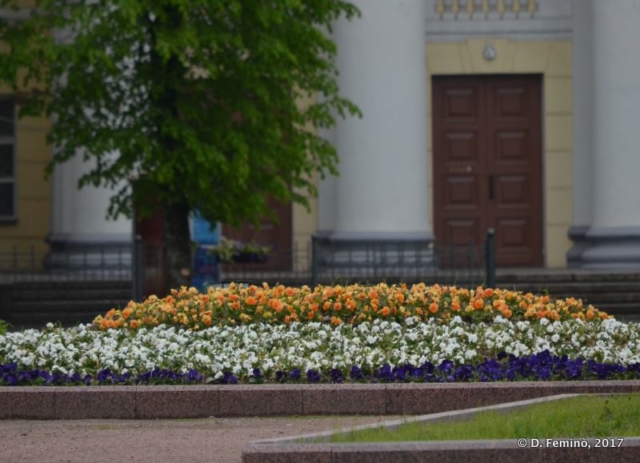 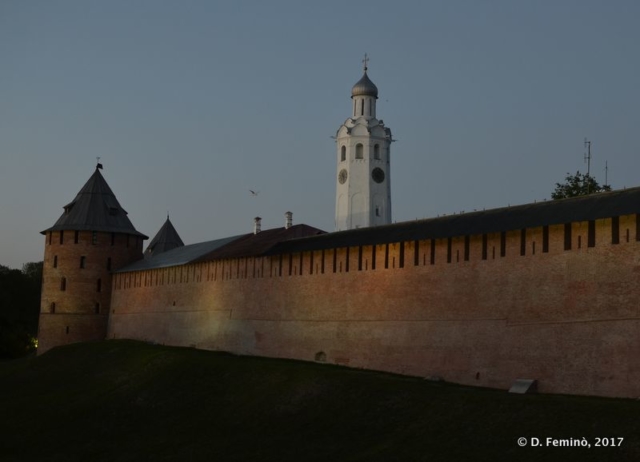 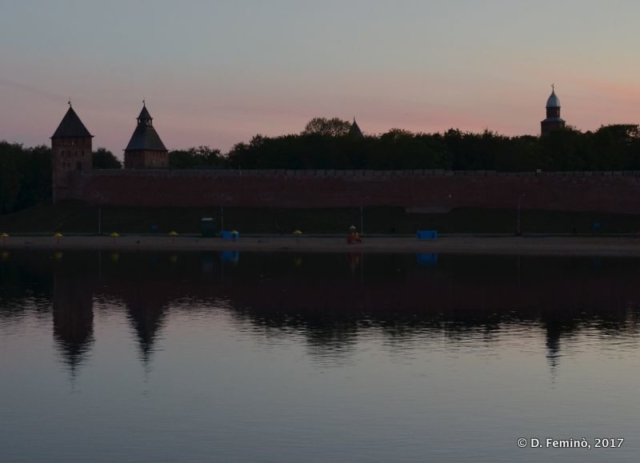 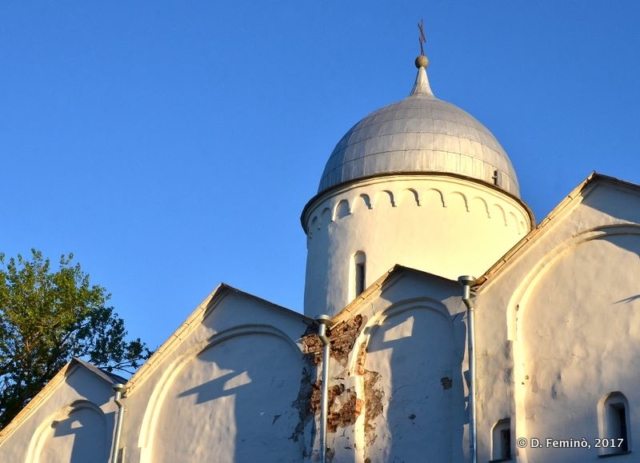 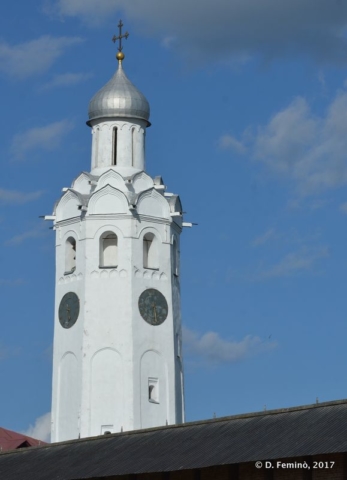 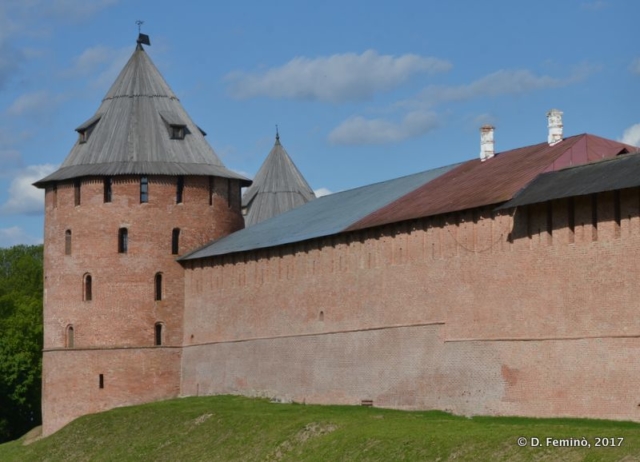 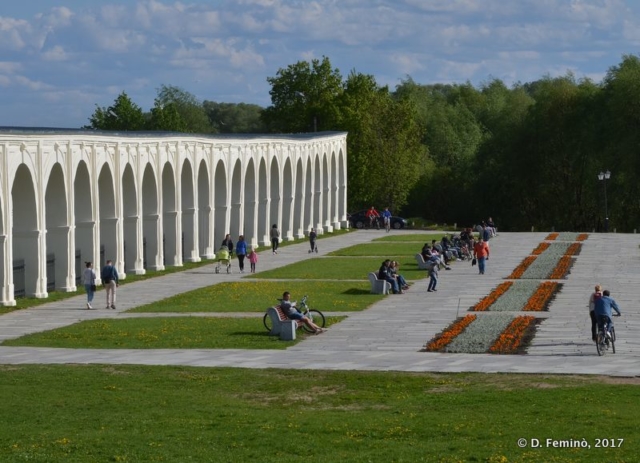 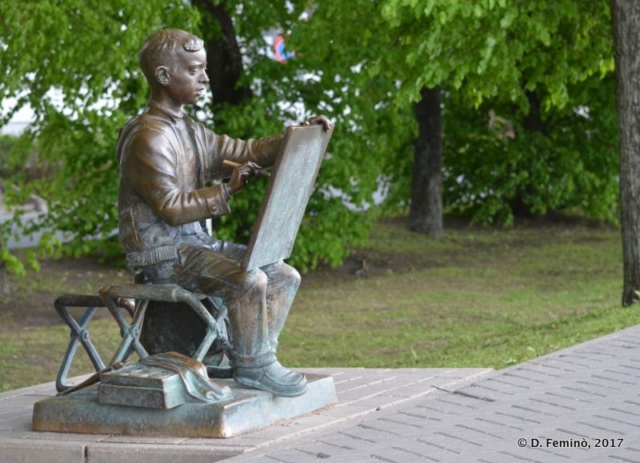 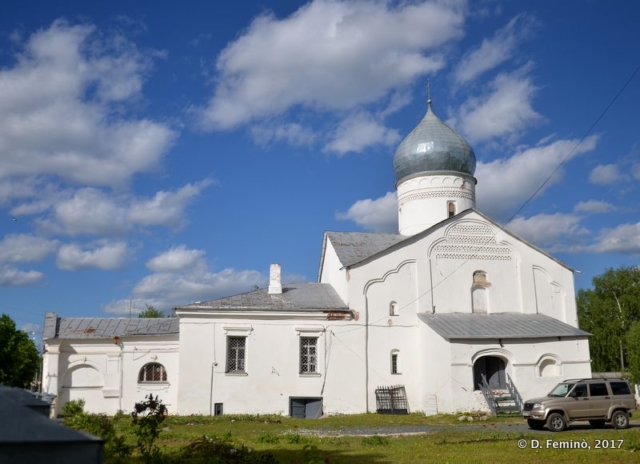 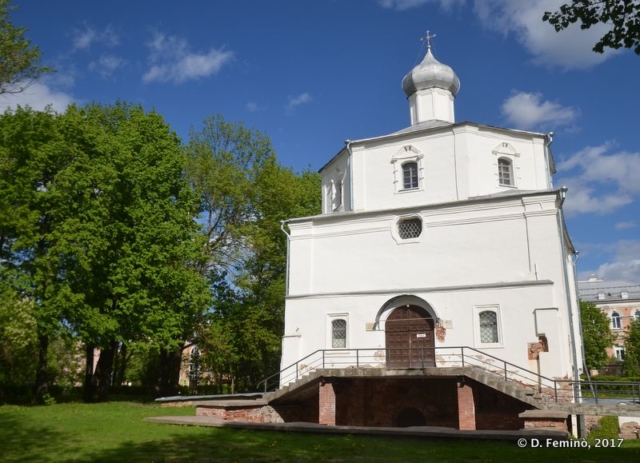 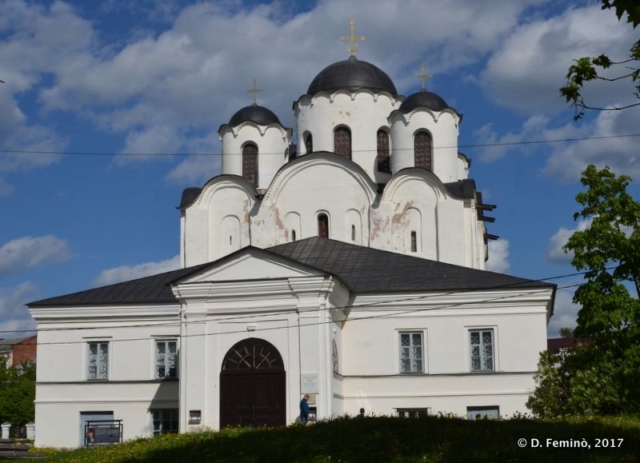 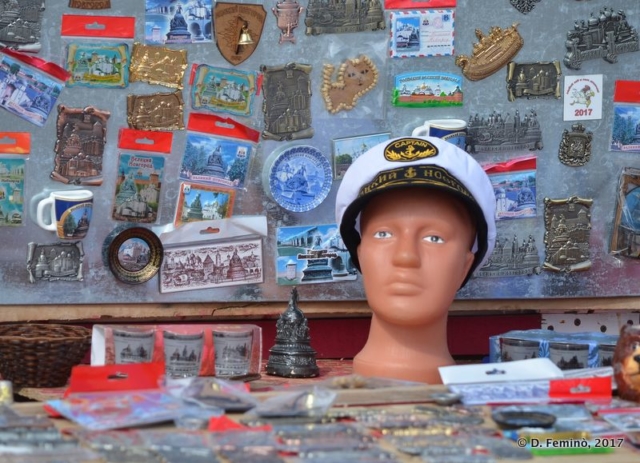 How to spend a rainy day
Veliky Novgorod photos
A day at the Hermitage museum
Enlarging Tobolsk's Borders
Fantastic Kazan!