The train to Ostrog.

Waking up early morning I’m able to have breakfast in the B&B and to walk to the railway station to take the train to Podgorica, stopping in Ostrog, leaving at 9:00 AM.

I’m perfectly on time but the train is not. 20 minutes late they told me. Ok, today is not a big issue. Monastery will not run away. However I’m wondering about how much more critical this could be tomorrow when I will take the same train to go to catch the only daily direct bus connection from Podgorica to Shkodër in Albania. While I’m waiting I can appreciate how clean and tidy is this small railway station that looks recently refurbished. From Nikšić only train leaving is this shuttle service with the capital Podgorica that I’m going to take and that finally more or less in line with the estimated delay arrives in the station and leaves it after 5 minutes. Ostrog is the second station and it is reached after 20 minutes. Only few minutes to understand what is the route to the Monastery that I can’t see from here but it is known by my GPS map and finally my walk starts.


Hiking to the upper monastery.

In Ostrog, according to the maps I saw there are three places to see: the most famous one is the Ostrog Upper Monastery but there are also two other churches/monasteries at a lower altitude. My idea is to reach first the higher one and then to visit the other ones on the way down to the railway station.

According to my GPS the upper monastery it is only two kilometres far but GPS measures distance on straight line at the ground level and the upper monastery is about 650 meters above being at an altitude of 900 meters, so better to go. The hike trail is generally well marked. Only time I’m deviating from the correct route, there is a shepherd dog that literally push me on the right direction with his nose. I was never been treated as a sheep so far… Maybe it is because of my hair. 🙂
The path is full of stones in the initial part and it goes through woods. Monastery up there, is very rarely visible so I have no idea how far I am. At a certain moment the hike trail ends and it follows into an unpaved road and, after few hundreds of meters I can see the two churches on the lower level. From here there is a paved road leading to the parking of the upper monastery and some shortcut for pedestrians through stairs. This time I didn’t count the steps. What I checked was the time when I finally arrived at the monastery. It took little less than 1,5 hours to get here.

This beautiful monastery founded in mid seventeenth century, is the most important place of worship in Montenegro being visited every year by thousands of orthodox faithfuls coming also from abroad, mainly Serbia but I see even cars with Bulgarian plates.

Its importance is due to the fact that hosts the relics of St Basil of Ostrog. But it is a must also for tourists for its incredible setting. When you look at it from several hundreds of meters below it appears as it was being built against law of physics. It seems literally carved out from the mountain as a modern Petra. Let’s say that once you have reached it, it partially loses its charm but it quickly gains again once you enter in the small chapels built in caves all covered by frescos and by a shade a dark due to the time.
In the end, I could say that this place saved its own integrity from a possible aggressive tourist oriented approach. I didn’t see any stalls or restaurants. Maybe it’s not the season but there were already many visitors. This is a place of worship. Stop.
Really glad to have reached the peak now I can go to visit the two lower churches.
One of the two is also monastery, known, of course, as Ostrog lower monastery. It is more recent, built in 19th century and to be very honest is not remarkable at all. Much nicer is the little church of St Stanko close to it.

I have now more than one hour to reach the railway station in time for my train therefore I take it very easy. On the way I hear once and I see second time snakes but they are too scared by my heavy shoes to be in the mood of posing for my camera. Arrived at the station I start to think about the fact that, if the train I took this morning is a shuttle and that for every trip collects 10-20 minutes of delay, not having the chance to recover then now the delay could be much more than 20 minutes! Unfortunately I’m right. This time there is a delay of about 50 minutes… Really tired, once I get into the train I fall asleep immediately and this way I don’t pay the ticket.

So far I didn’t dedicate any time to really visit Nikšić. Well it is a nice town maybe not full of places to see but there should be something for sure and it is my intention to find it.

Problem is that temperature now is close to zero and there is also some wind so, to be honest, I don’t know how long I would resist. From the railway station I go through the small Gradski Park and I reach two sites. One is the Cathedral of Saint Basil of Ostrog (yes, the same Basil mentioned above). It is quite imposing on the top of the hill with the big stairs in front but inside is less spectacular. At the foot of the hill, on right side there is the royal palace of king Nikola. This one is nicer, having a very elegant and well balanced architecture. Meanwhile I discover there are also some ramparts somewhere but I also realise it is too cold and I’m also tired. I end my visit here. In the evening I decide that leaving the former Jugoslavia needs to be celebrated with a balkan food festival so I indulge in eating specialties as kajmak (cream of cheese), proja (corn bread) rakja (spirit), grilled meat and ajvar (a mashed mix of peppers and aubergine) and I learn something about this latter. Here, at least in Montenegro what I always considered a spread or a sauce it is knows as a salad. Quite interesting. And while the red wine flows, I discover the Balkan Rock Jugoslavian band Bijelo Dugme and its song “Ima neka tajna veza” playing in the background. I like for the vaguely Prog atmosphere. Tomorrow there will other food and other atmospheres in Albania.
Here, after the ad, there is my gallery from the day. 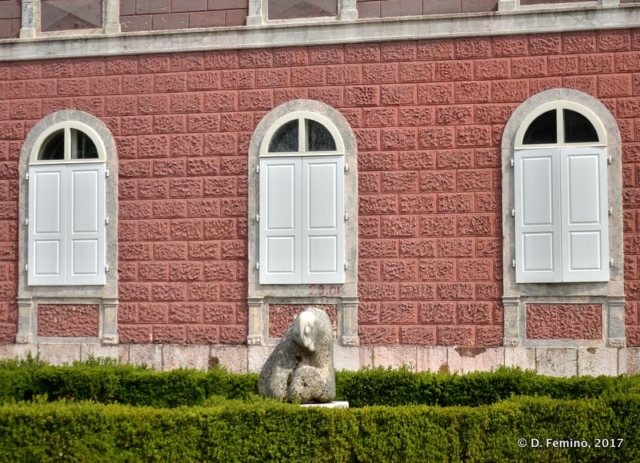 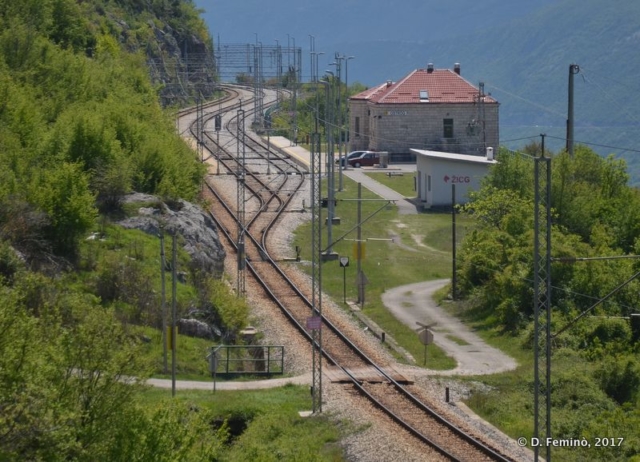 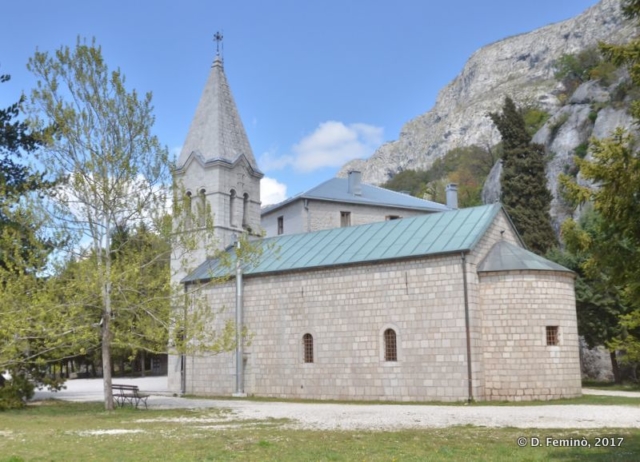 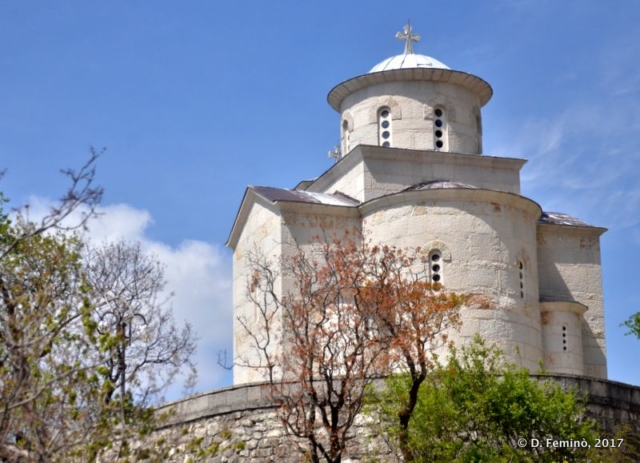 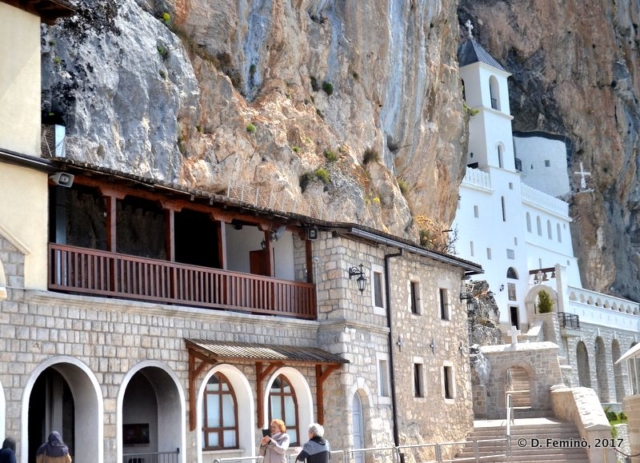 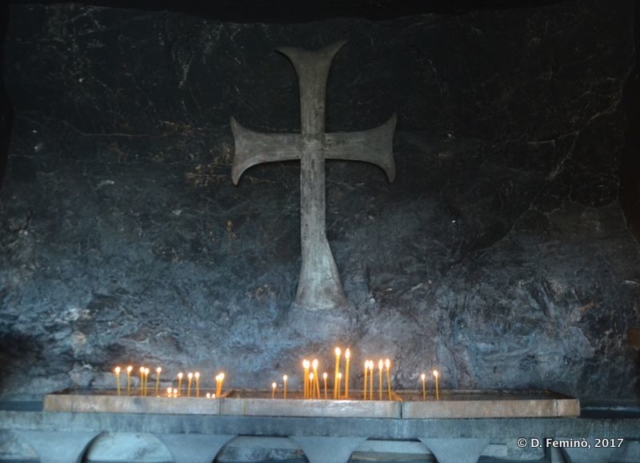 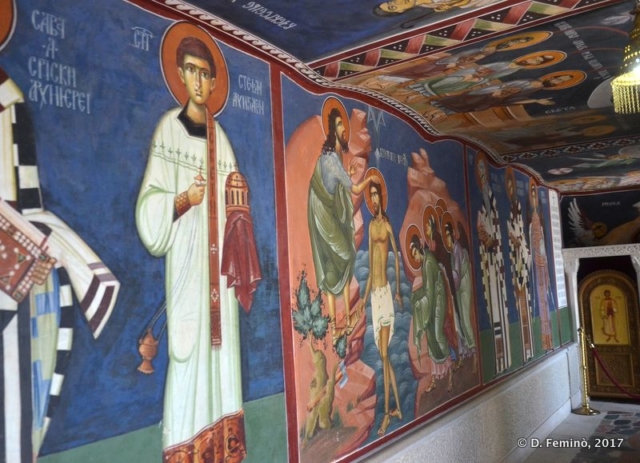 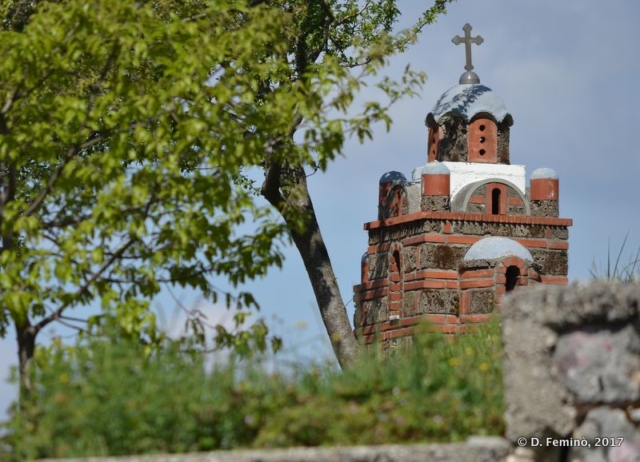 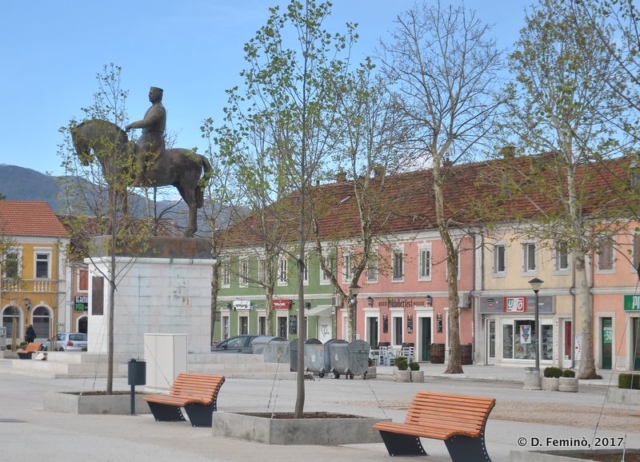 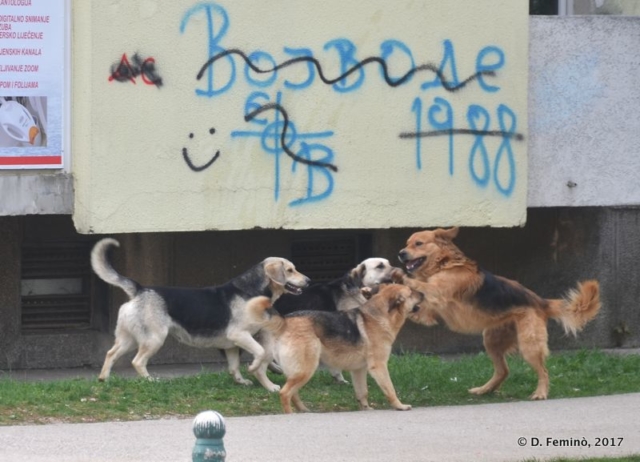 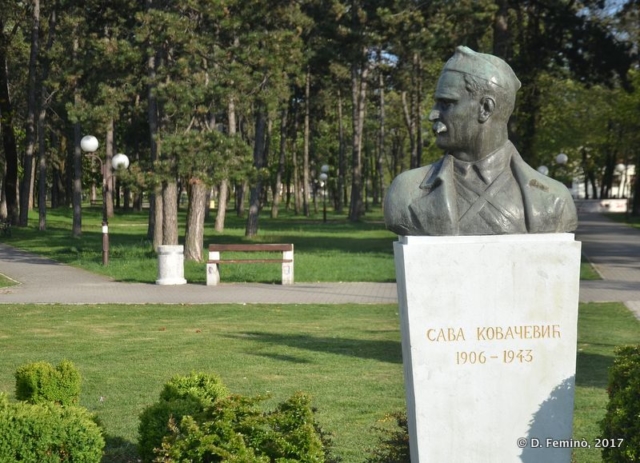 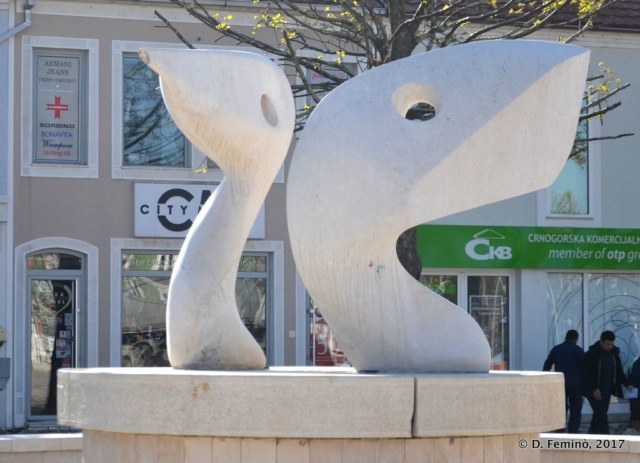 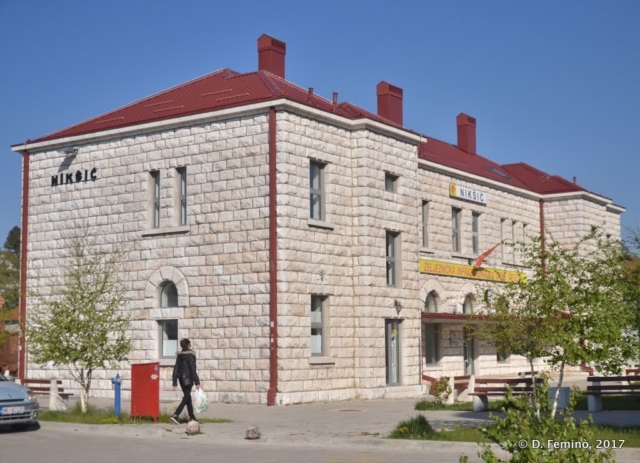