…and I just wanted to rest

It was a long day. This morning I left from Amasra, a beautiful village on the Black Sea and I drove many hours to reach the windy Iznik, 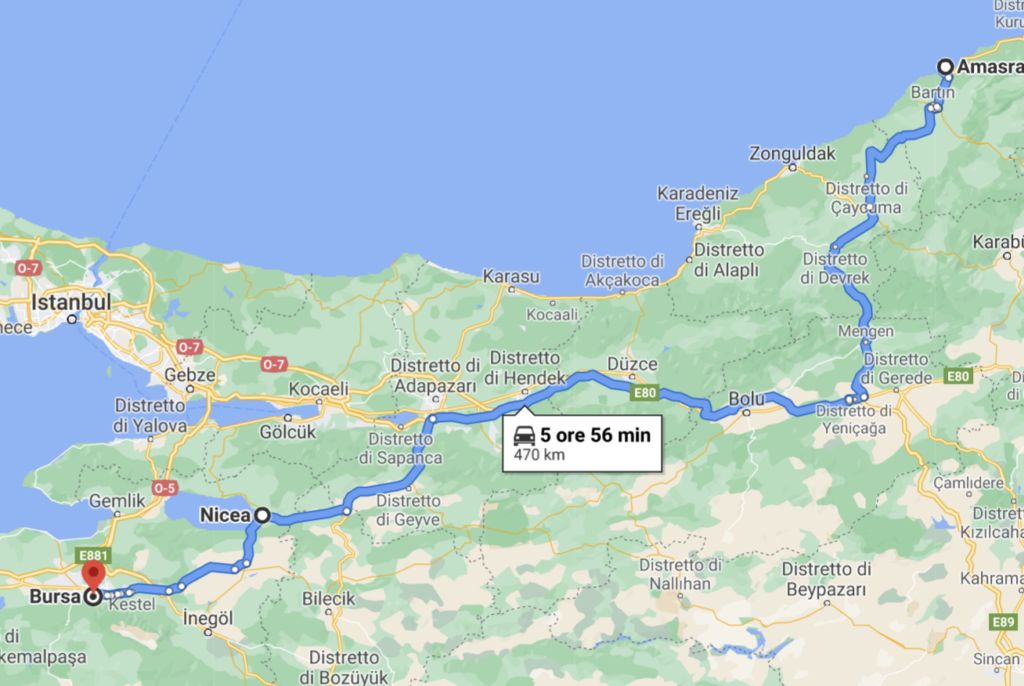 the historical Nicaea where I was able to eat the fish kebap. Tomorrow, in the evening I have my flight back from Istanbul and therefore this is going to be my last evening of this fantastic trip in Turkey. I’m eager to spend some relaxing time in Bursa. I don’t know so much about the town but I plan to read my books maybe during the dinner. 400 kilometres are behind my back and last 70 in front of me.
While I’m behind the wheel there are 44 men running behind a ball writing a small part of destiny and I’m totally unaware of it. But surely, around me, also very close, thousands of people are following closely the events and this is going to affect my plans.

I like football but I’m not following the Turkish championship so I don’t know that today is the last day of the season 2009/10. At 20:00, the time of the kick-off, the situation at the top of the ranking sees Fenerbahce, a team from Istanbul, in the leading position with 73 points. Only one point behind is Bursaspor, the team of the town I’m heading to. At 20:00 I’m on the road between Iznik and Bursa, totally unsuspecting what was happening around me. 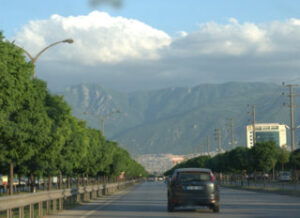 It is 20:14 when Fenerbahce is scoring its (first?) goal, consolidating the first place on the ranking, getting closer to its 18th title. Fenerbahce is playing against Trabzonspor, the football team of the legendary town of Trebizond, nowadays known as Trabzon. 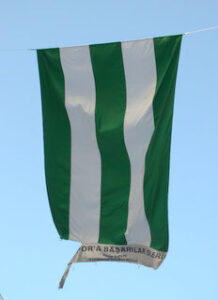 Its football team is somehow legendary as well because is the only, beside the three teams of the European side of Istanbul (Beşiktaş, Galatasaray and indeed Fenerbahce) to have won the title in Turkey. This happened 6 times but the last one about one quarter of century ago. At 20:14 I’m still 30 kilometres far from Bursa and everything is quiet around me.
Probably things are not so quiet in Istanbul at 20:23, when unexpectedly Trabzonspor scores a goal levelling the match. However this is not changing so much the scenario because somewhere in front of me, in the Atatürk Stadium, Bursaspor and Beşiktaş are still 0-0. Bursaspor wasn’t able so far to change the initial score and stays behind Fenerbahce by one point. And me? I’m still staying out of the town but it’s close as you can see from the picture above but I start to see some flag. 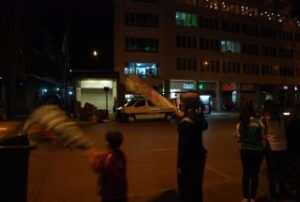 I’m in a traffic jam and I’ve no idea why. I start to suspect something when 8 minutes after, from my car, where I’m listening music at loud volume I perceive a kind of hum, a strong vibration… Let’s say a roar. That was the moment in which İbrahim Toraman, a defender of Beşiktaş, choose that it is the right moment for an own goal. 2-0. 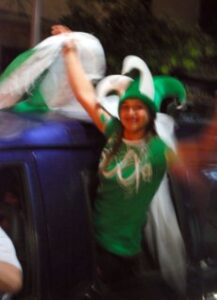 Second halves are going on without many thrills in both stadiums and I also not thrilled of not being able to reach my hotel. Will I eat tonight? I don’t know yet but the right question should be, will I sleep?
When the watch was marking the 87th minute in Bursaspor stadium, Ugur İnceman scored the 2-1 goal. For some strange reason, this goal doubled in the story telling at Fenerbahce stadium so, when the referees blew the final whistle, both teams and relevant fans were celebrating but the only one being legitimate to do it were Bursaspor fans that had a crazy night preventing me to sleep. 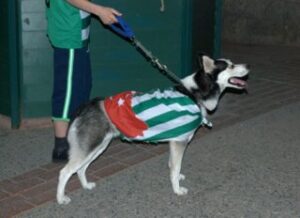 But this is really an historical moment for Turkish football. You should know that Bursaspor is only the fifth team to have won the championship, in more than 50 years, and only the second outside Istanbul after the already mentioned Trabzonspor.
And while all around me, people (and some dog) is running with flags I end my evening eating local specialty, the famous Bursa kebap also known as İskender kebap made with lamb, tomato, yoghurt and butter. My testimony of such important event in the popular history of this town is completed by the small gallery here below (some photos was also taken the next day, in town). 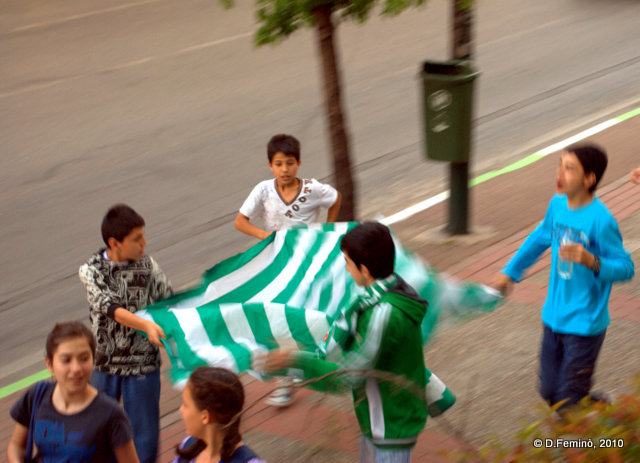 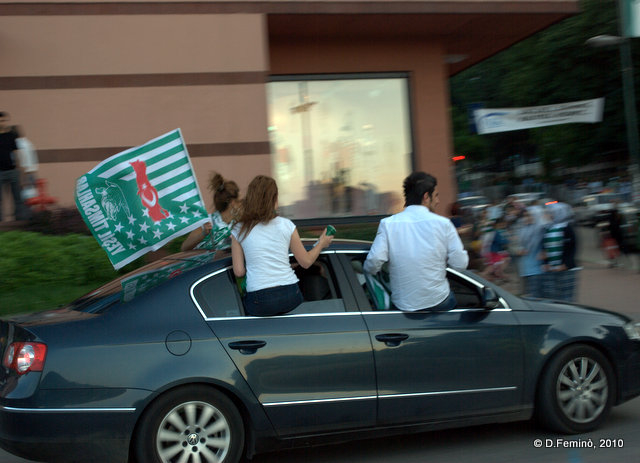 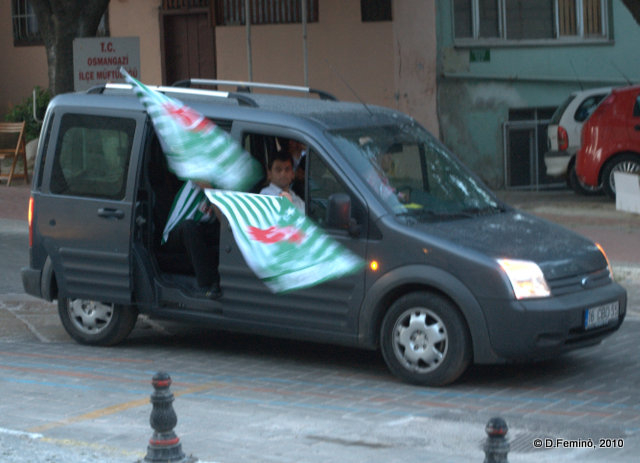 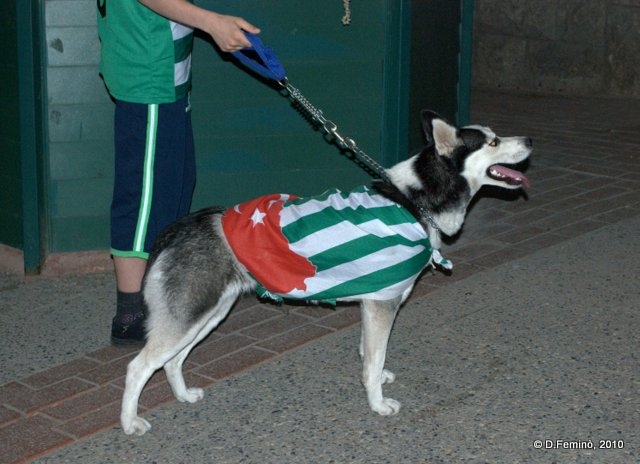 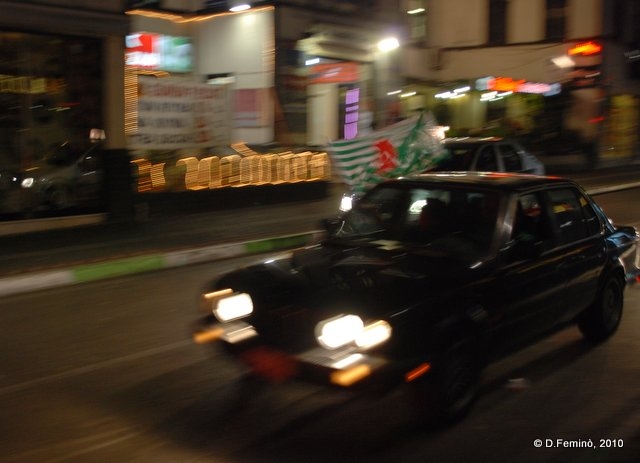 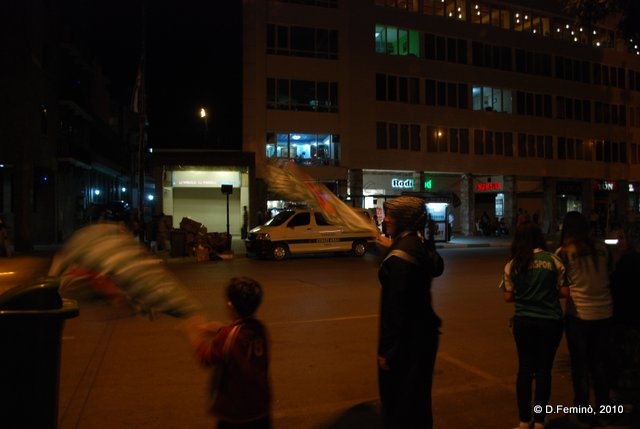 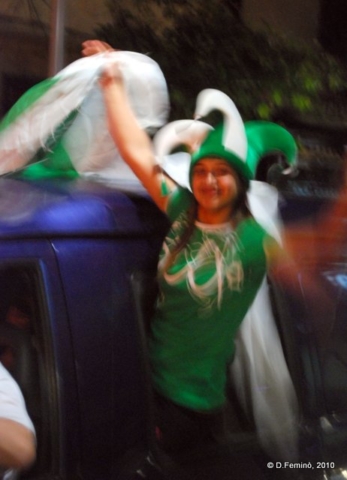 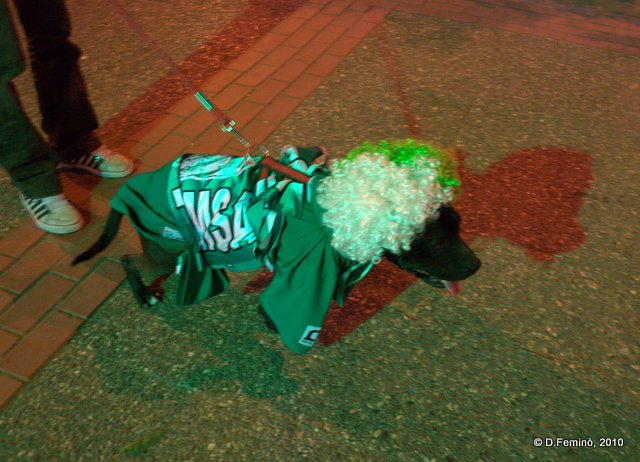 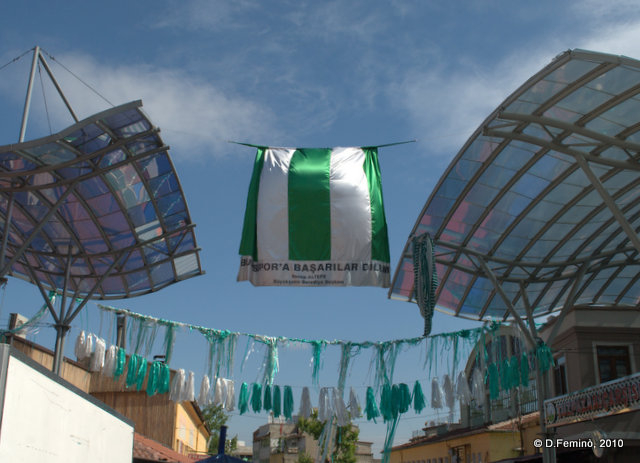 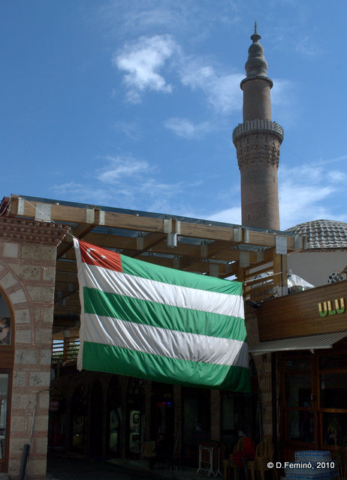