From Padua to Rijeka.

Yesterday was a quite tough day and so, I’m writing my daily post a bit late. It was the day of leaving Italy to Croatia where I expect to stay about 10 days. Trip itself was quite smooth even if somehow long. I woke up early to catch a train from Padua to Venezia here I switched to a second train to Trieste and here I had to way about two hours before taking the bus that led me to my final destination: Rijeka. During the trip bus crossed two borders. In the Italy/Slovenia bus didn’t even stop as usually happening in Schengen area. Croatian police instead jumped on the bus to take a look at IDs of the passengers but the entire procedure took about 5 minutes.

In Rijeka weather was absolutely perfect, quite sunny and at least 25 degrees so I spent all day just with a t-shirt. I’m not scared by the sun or by the too hot days. In the end I’m Sicilian and I’m use to it, actually I’m eager of this kind of clima.
Centre of the town is pretty small with all sights close to each other. The main landmark of the town is the Korzo, the pedestrian street full of shops and cafe and here is also the town’s icon, the city tower.

Nothing to do with the same name street in Dubrovnik (I should be there in about one week) but nice enough. Parallel and closer to the sea it runs the “Riva” (seaside in Italian) the main area for restaurants, someone even located in some old boat (I saw also a ferry). In this area there are two remarkable buildings: the National Theatre and Palace Modello. You have both present in my Gallery so you can have an idea. In a town in which the Italian influence is absolutely clear, both of the mentioned buildings were designed by Austrian architects.

Another important place to visit in Rijeka is the round Cathedral of Saint Vitus, the town patron Saint. By the way, the name of the town Rijeka means river and it actually comes from the ancient time when the town was called the River of Saint Vitus.
Provided that the round shape gives to the Cathedral a quite peculiar aspect, I would not say that I was impressed that much.

The visit of the town would have been completed after just two hours without considering the hilly appendix of Trsat that can be reached by bus or, as I did, climbing up about 560 stairs leading to the top of the hill.
This area developed due to its strategic position allowing to keep anything under control. And what you can usually find in areas strategically located on the top of a hill? A castle and sometime a church (like in Padua). Since we are lucky we can find here both of them.
Remains of the castle are preserved enough to host a cafe within the walls. It is possible to go up a tower and to explore some (short) aisle. For what it regards the Shrine of our lady of Trsat I can say is a nice Church with a decent façade but honestly from the architectural point of view is neither original, neither impressive.
Coming to Trsat however is worthwhile also because of the great view you can have over the town and the Kvarner gulf. And this will be my destination of today, in particular the island of Krk. I will report about it later in the evening.
As usual, take a look at my Rijeka gallery, if you like. 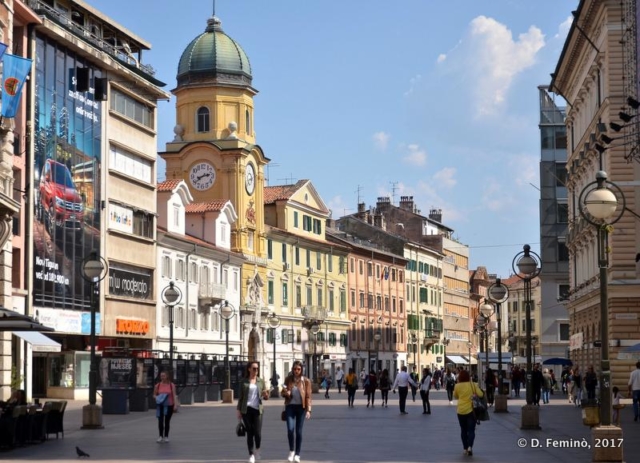 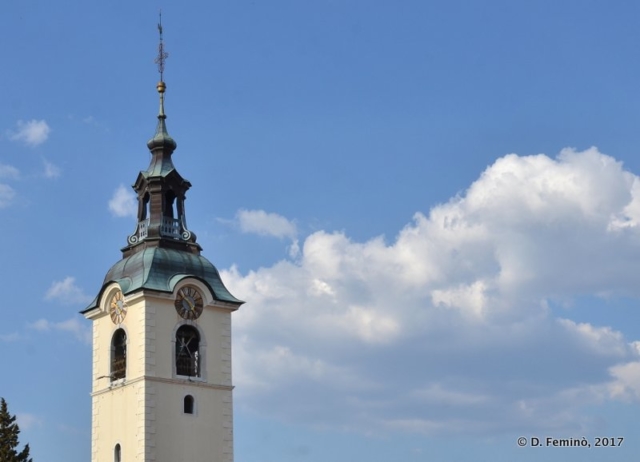 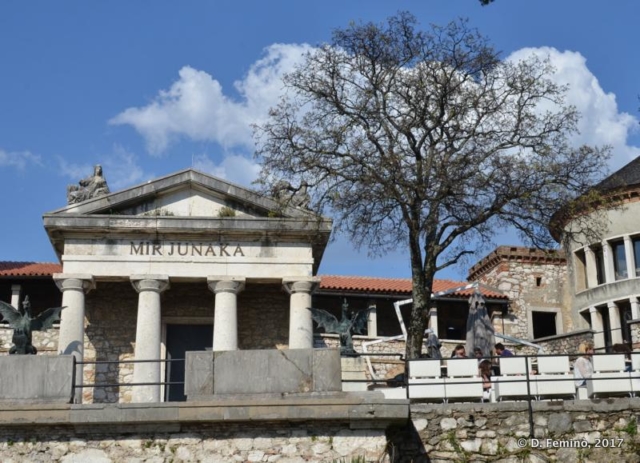 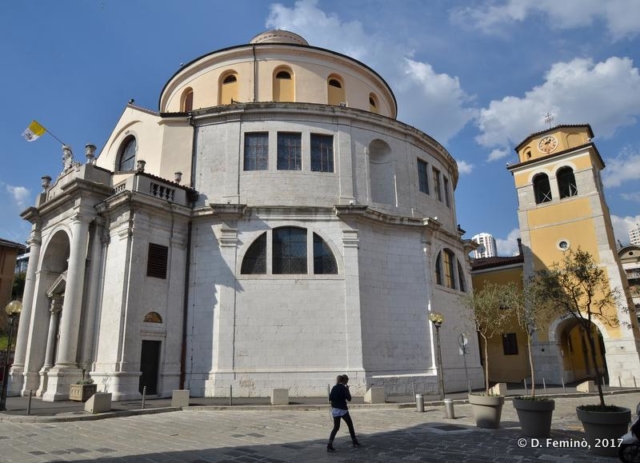 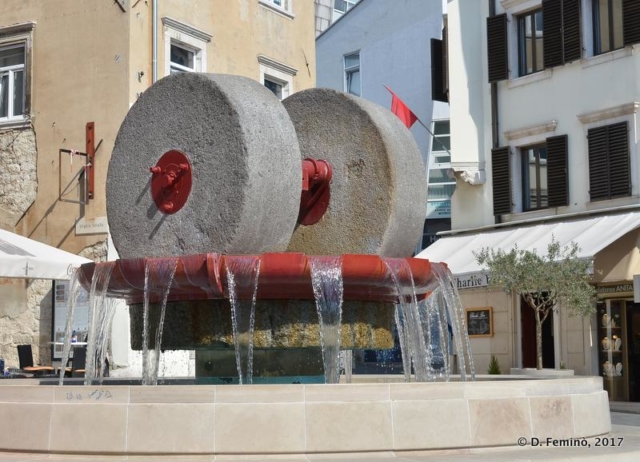 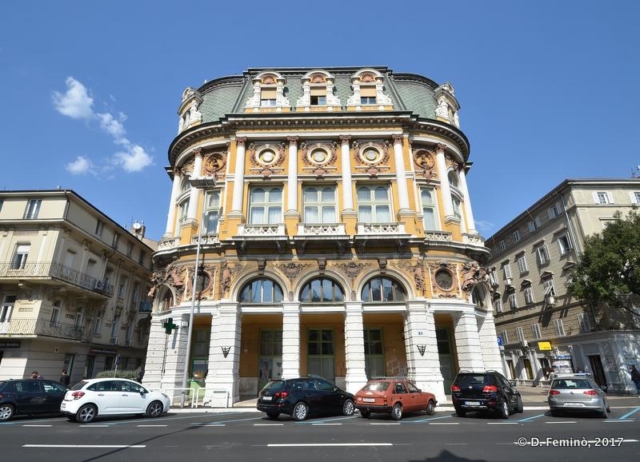 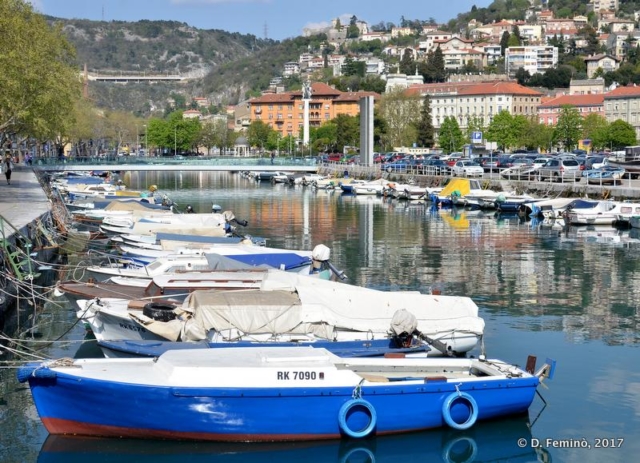 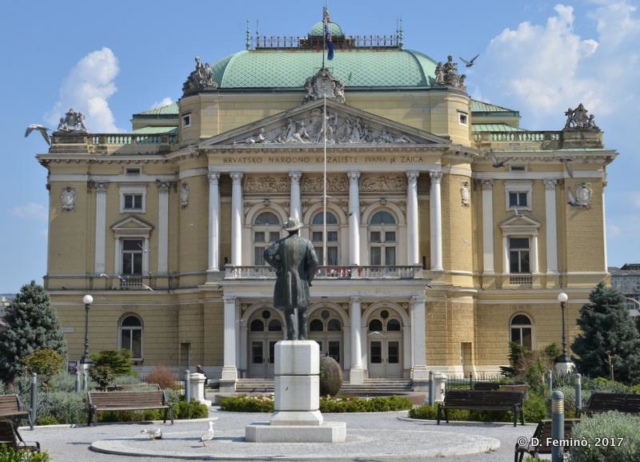 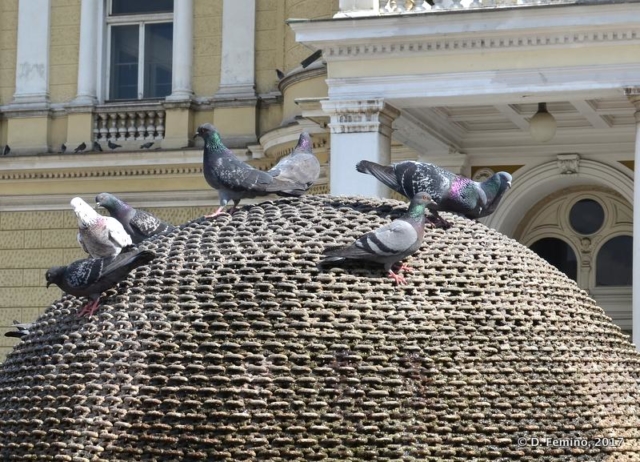 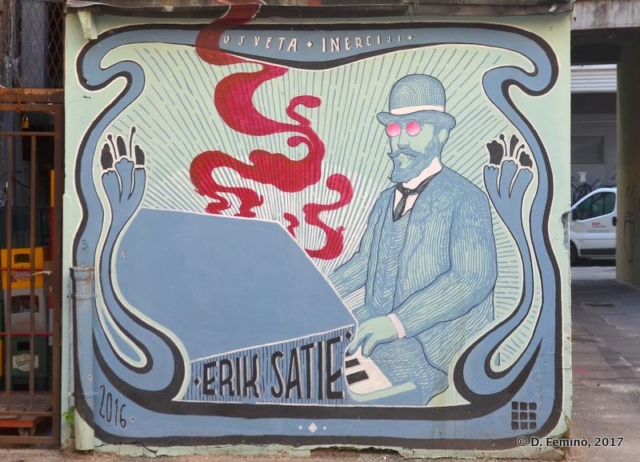