When I was planning how to spend my second day in Rijeka area, I was considering three options: Island of Cres, Opatija, Island of Krk, in this order. I was fascinated by the nature of Cres but it came out that it takes 3 hours to get there. I was interested by the charme of Opatija but the weather forecast where quite bad. The last option seemed to be ok from the time perspective, only 1,5 hours to reach Krk town by bus, and also for the weather since it was expected to be much better on than on the mainland (that’s why I love the islands).

You would be maybe surprise about the bus. No ferry? In the end we are talking about an island. Well, as the smartest of you would have already got, there is a bridge of about 1,5 km length connecting the island to the mainland since 1980. That makes possible so good connections from Rijeka. The main town is called Krk as well and it is at the opposite site, so the bus cross the entire island to reach this tiny beautiful walled town by the sea. By the way, it should be said that Krk (the island) is quite big. After Cres is the biggest island of Adriatic sea.

The weather was great and it was a joy to exploit another day in t-shirt. So, let’s explore the town and a bit more.

A town with an ancient history.

Just arrived in Krk, what I immediately noticed was the smell of the sea, strong and inebriating. It was a long time since I smell it for the last time even and this made me happy and full of energy so I could start with my visit. Most of the Krk monument are located within the walls. The town is considered one of the ancient of Croatia since it was founded by the Illyrians about 800 BC. The main square is called Kamplin and it is just behind the biggest access gate to the town. It is nice, in Venetian style and you can see also the Saint Mark’s lion on the pit that is in the middle. Krk seems to be full of cats, there are everywhere even in the square, friendly and apparently very well fed 🙂 .

The visit to the town can proceed with the Cathedral of the Assumption that marks Krk skyline with its peculiar onion dome. Close to it there are remains of the Frankopane Castle, built by the sea and the tower is well preserved. Last sights of the town are located in the upper part, where are located few other churches with the Church of our Lady of Health being the most remarkable.

Hiking on the island. 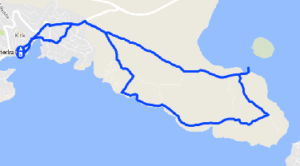 well known for its long hiking trails and so, having some hour to spent, I decided to try one. You can see my full path in the picture on the right. You can get a very good trails’ map at the tourist office and the paths are very well marked so you can’t get lost, not talking about GPS and other similar gadget, topic of one previous post. My trail was nice but not great for what it regards the chance of taking pictures however for a large part I was surrounded by Pine trees and this was very pleasant. As you may see from the map, probably the best point of the path was the little dock, just in front of the village of Punat. I took also a video and if it is ok, I will publish it soon. At the end of the 3 hours walk, I had just the time of enjoying a well deserved Ožujsko beer before taking the bus back to Rijeka.
And here below there is the Gallery that could be integrated with the one on Facebook. 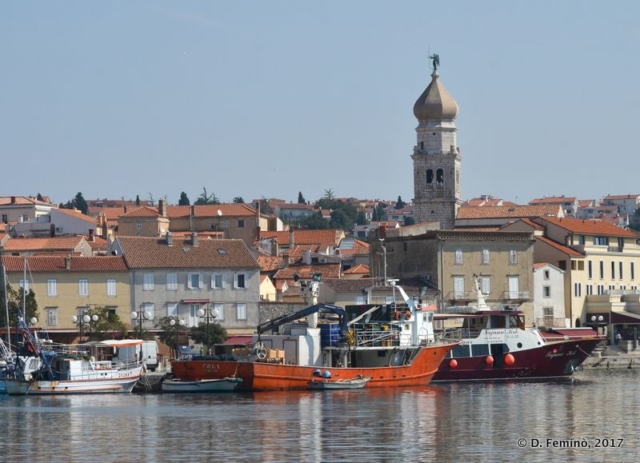 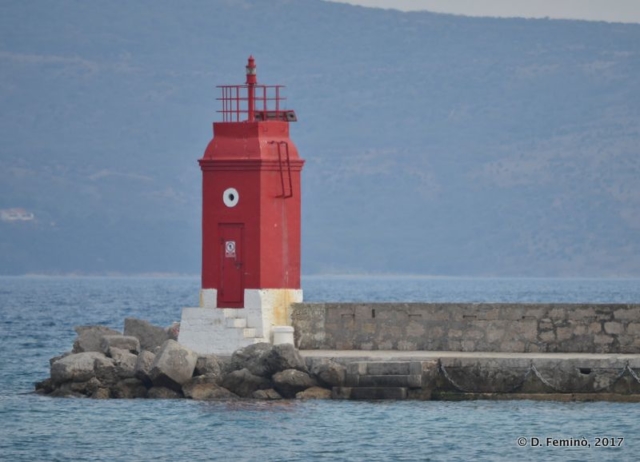 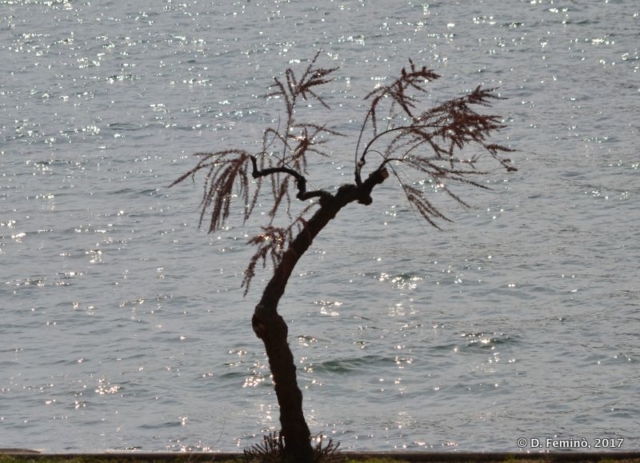 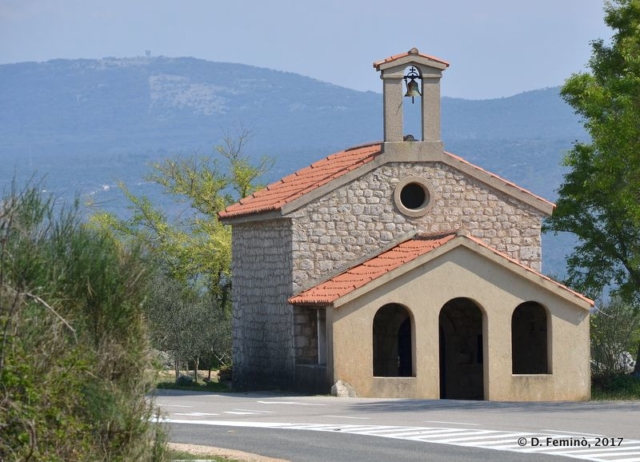 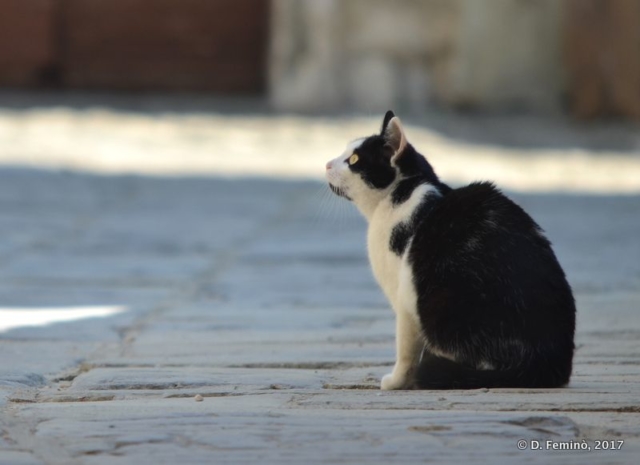 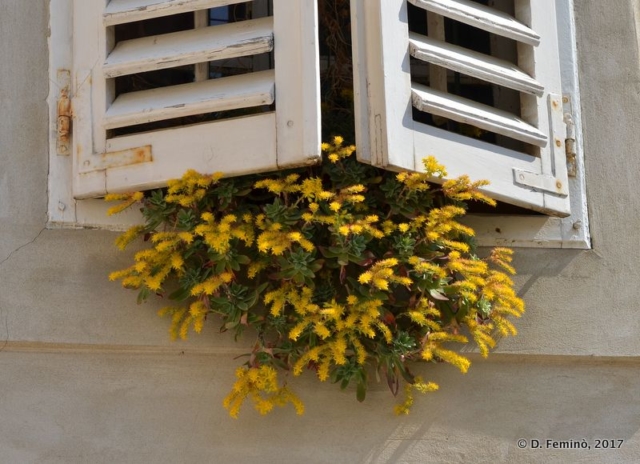 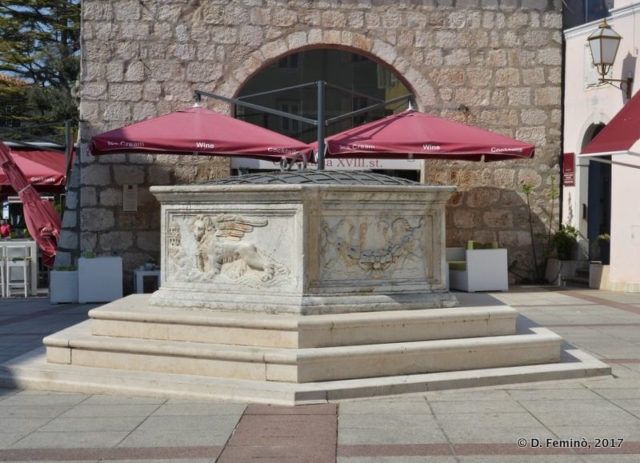 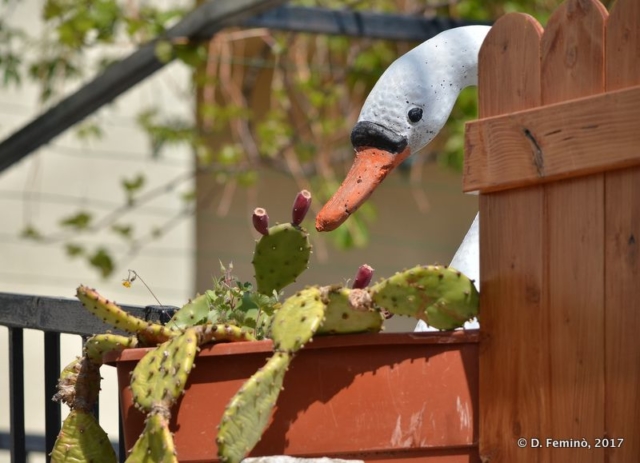 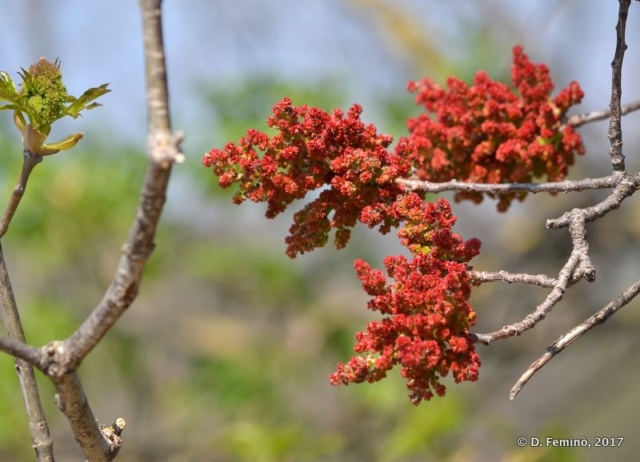 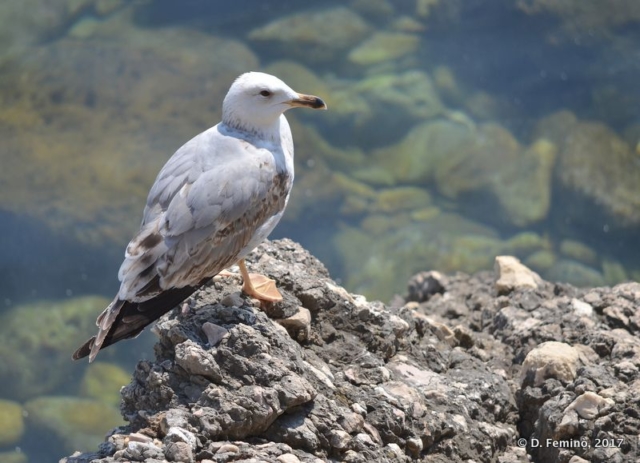