In 2009, after working hard for more than one year in a complicate IT project abroad, and having accumulated a lot of Lufthansa miles, I decided to take a one-month break in South America. 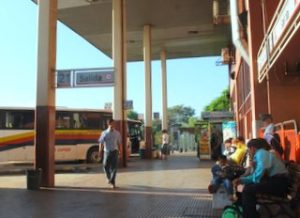 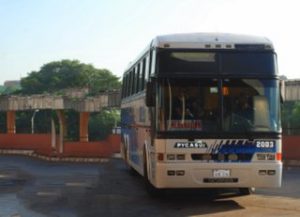 Sooner or later I will add a section on this site dedicated to this trip because I think it was one of the best of my life. After reaching the very south of the continent (Ushuaia) I’ve moved north, mostly by bus, and reached Paraguay. After a couple of days spent in Asuncion, I had in plan to reach again Argentina but before to stop in Encarnacion to visit some of Jesuit Missions (or more correctly, reductions) enlisted in Unesco heritage.
The daily plan was quite challenging: leaving Asuncion in the early morning, leaving my luggage somewhere in Encarnacion, visit two reductions and once back at the bus station reaching Posadas in Argentina, somehow. 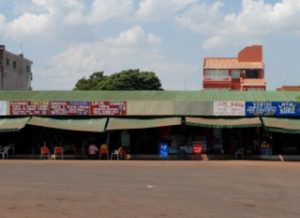 I reached Encarnacion around noon. You see both bus stations in the small pictures on the left side. 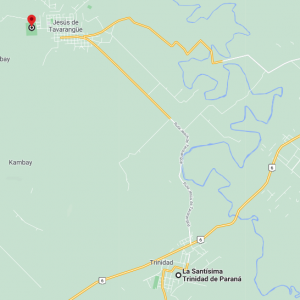 After leaving my stuff in a shop at bus station for a small fee, I took a local bus to reach the first of the two missions: La Santísima Trinidad de Paraná. A beautiful place where I took a lot of pictures. From there, reaching the second site was not possible by local transportation. Distance is about 13 kilometres as you can see in the small map on the right. No buses are available so I walked along national road number 6 until the branch road leading to Jesús de Tavarangue and, as my guide was saying, I found here one taxi waiting for tourist. Agreed a fee with driver for bringing me there and coming back after one hour to bring me again at starting point, I arrived quickly on second site of the day. And it is here that the story begins.

A bad and a good surprise

Jesús de Tavarangue dates back to 1685 and it was one of the many reductions (but I like more the term mission, even if a mission contains more reductions) 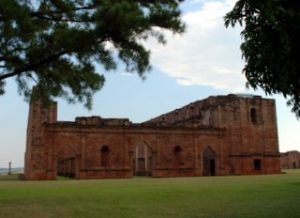 established by the Jesuits (society of Jesus) in South America. 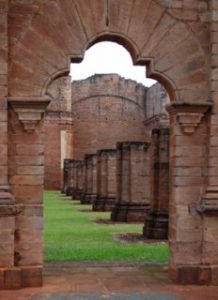 I will tell you more about them when I will start reporting about my trip to South America (at the moment there is just a photo gallery on Perito Moreno). After more than three centuries there are mostly ruins but very fascinating ones. The broken walls, the arches, the missing roof, the grass and the silence all around generates magic vibes. Many years after I remember similar feelings in Famagusta (Cyprus), completely different architecture, similar atmosphere. 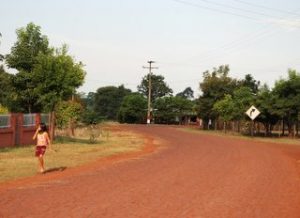 I was constantly looking at my watch to be on time at my appointment with the taxi driver and after 50 minutes I was out, in the same place where I taxi left me. 15, 30, 50 minutes and still no sign of a taxi and the driver. No cars, just children walking on the dusty red-soiled road. Really beautiful South-American landscape but I have to reach Encarnacion and then Posadas. What to do? The solution is coming and has the shape of a SUV with tinted windows.

In mission in the Missions

While I’m there with my camera in the hands two huge cars stop near by me, and from one of them, the tinted window were rolled down and a man with sunglasses asked me a lot of questions in Spanish: who I am, where I come from and what I’m doing there. 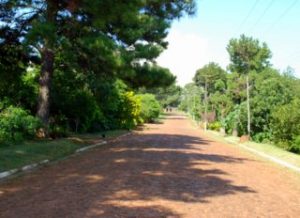 I reply explaining that I’m waiting for a taxi that likely will not come anymore and quite surprisingly they proposed to say f*** to the taxi driver and to go with them. Well… I don’t know what suggested me to accept the proposal and enter in that car. 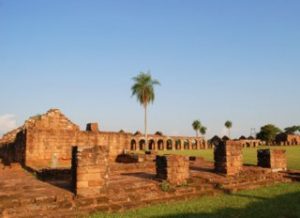 Maybe it would have been wiser to wait or to walk but my instinct told me to go… and I did it. Once in the car I received more questions from the man that spoke to me from the window and, in spite of my not so good Spanish, I replied at my best. Only after, he decided to explain me what they were doing and when I would have reached Encarnacion. 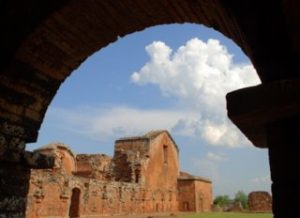 It sounds a bit weird? Well it is. Those guys will lead me at the bus station after they accomplish their mission. They’re a team of experts from local army in charge of a survey in the two missions. In one month the president of Ecuador will come here for official talks to the governor of the Itapua department where we are and, as part of the meeting, he will also visit the two reductions. 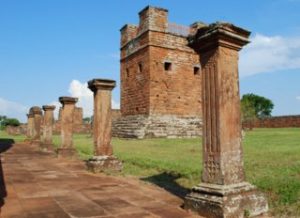 For this reason security services need to accurately control the two sites to make his visit safe avoiding that any sniper would attempt on his life. They have already checked Jesús de Tavarangue and now they have to control la Santísima Trinidad de Paraná. This means that, while they’re doing their job, I will have further time to visit this place but it won’t be exactly the same because, visiting it with this people means having access to reserved zones of the site. It’s a very hot day, and I woke up early in the morning. I’m starting dreaming my hotel in Argentina, just on the other side of Paranà river but Secret Service has some further surprise for me.