Already planning my visit to Azerbaijan as part of my trip to Caucasus in 2013, I’ve been attracted by the mysterious mud volcanos of Qobustan. I later discovered that this phenomenon is not that rare and there are many others around the world, even in Italy but however, in 2013 I wasn’t so aware of it as I am now. Is not this one more reason to travel?
Most famous mud volcanos in Azerbaijan are located in the Qobustan (meaning place of ravines) region, about 25 km south from Baku not far from an even more famous site in Azerbaijan: the Unesco World Heritage Site of Qobustan Petroglyphs.

I arrived in the area in the afternoon after a long ride on the highway, coming back from Şəki. It was almost the closing time for Petroglyphs so I decided to go and see those famous Volcanos but actually, both guidebooks I had were not helpful at all for find the place and no tourist signs were present on the road. I think I went around for about 20 minutes without success then I saw a parked police car. I realised only afterward that this was the entrance of the Petroglyph site. I tried to ask info about how to get to the volcanos using the few words of Russian I know, because those guys didn’t speak any English. Mutual understanding was quite difficult but one of them called by phone someone able to speak English and gave the phone to me. This way I had the surprising offer to be taken to the volcanos on the police car. That’s how, in few minutes, I was in a car belonging to Azeri Police, running as crazy on an unpaved road, hoping to reach my long-awaited destination.

And finally the volcanos!

After several kilometres the car turned left on an uphill and the driver stopped on a plateau. I was in front of a kind of lunar hell. All around me, little volcanos were roaring and breathing, spitting a cold grey mud. Somewhere else, the mud consolidated in little pinnacles and cones. My uniformed guide led me to the top of the formation close to one of the biggest volcano issuing bubbles of at least one meter of diameter. I was very impressed by the incredible landscape. From there it was also possible to see the Caspian sea at the horizon and volcanos everywhere. At the same time, I’ve to admit it, I was also laughing looking at the police car waiting for us in the middle of the plateau. After about 30 minutes spent on the site, we went back to the starting point and here I took my car and my guide as well since it was the end of his shift and he needed a lift to the Capital city.

Back to the crime scene.

Day after, I went back to Qobustan to see the Petroglyphs but I also wanted to test my sense of direction, trying to get to the Volcanos on my own car, without any help. I didn’t have so many elements from the day before. The policeman was driving really fast. I remembered just a railroad, some power line towers and not many other things. As you can see from the little map on the right, I went in the wrong direction twice but in the end I did it!
The feeling of being all alone in this weird place is something that cannot be describe. The silence was broken only by the irregular seething volcanos. I really loved this place and I was very happy to come back here again.
I hope you would enjoy my gallery from those two days. 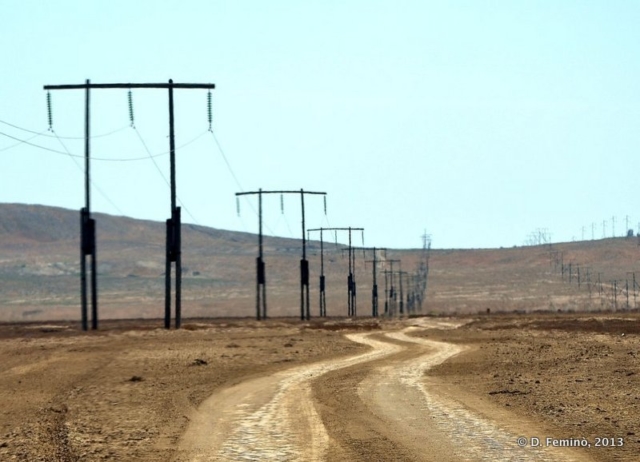 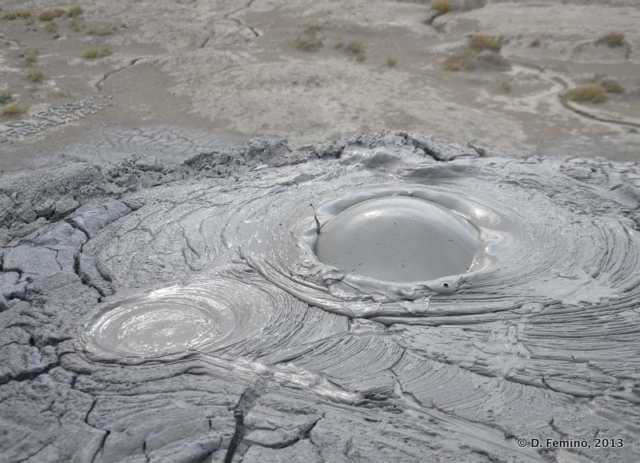 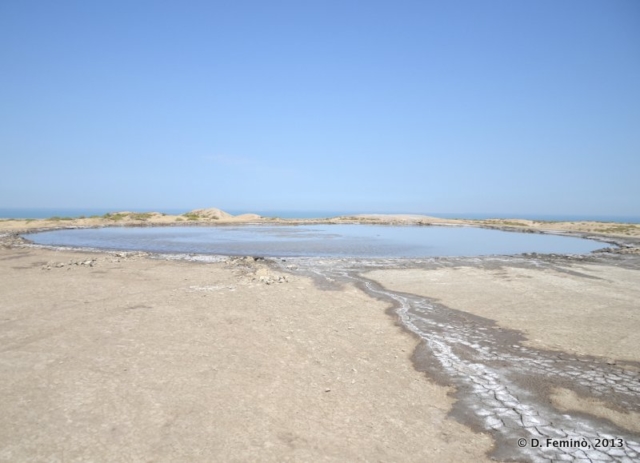 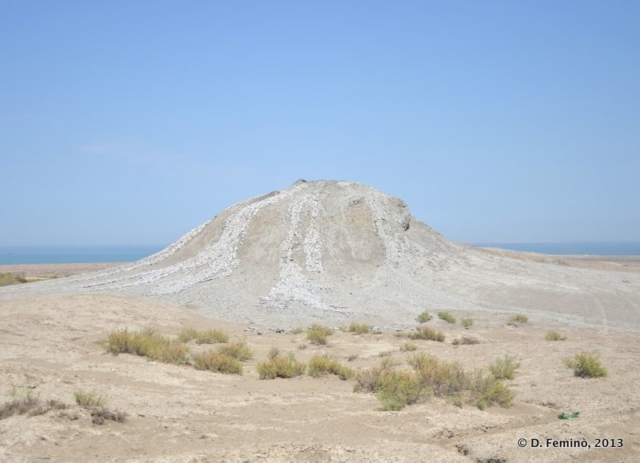 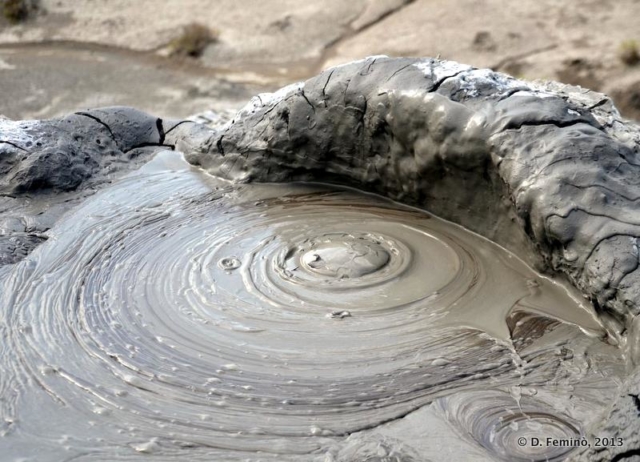 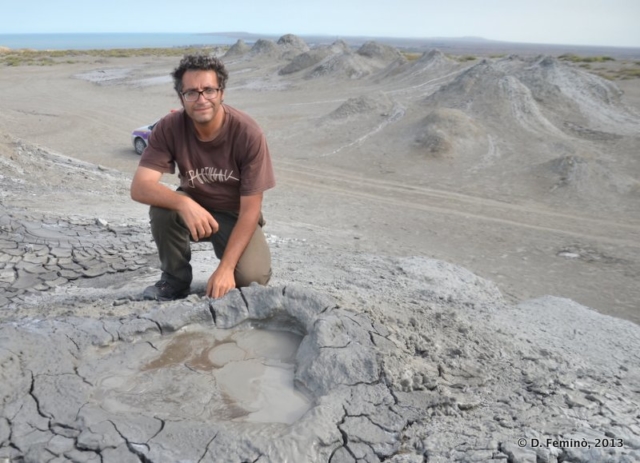 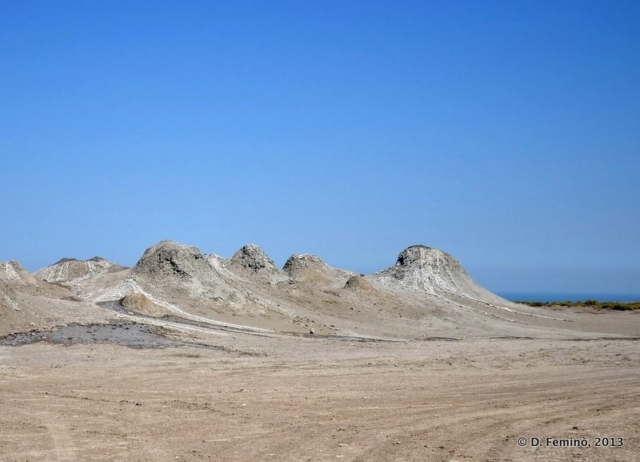 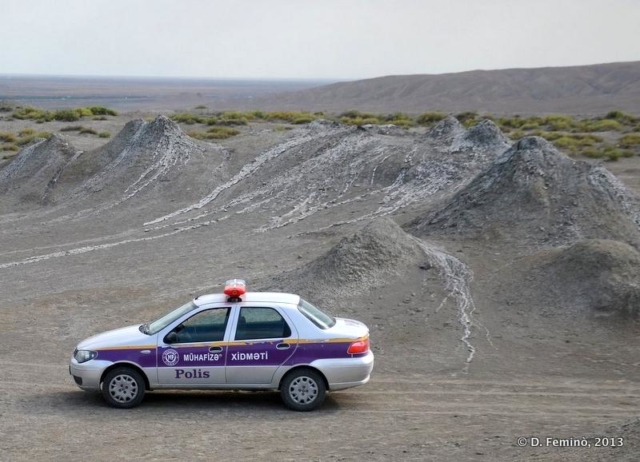 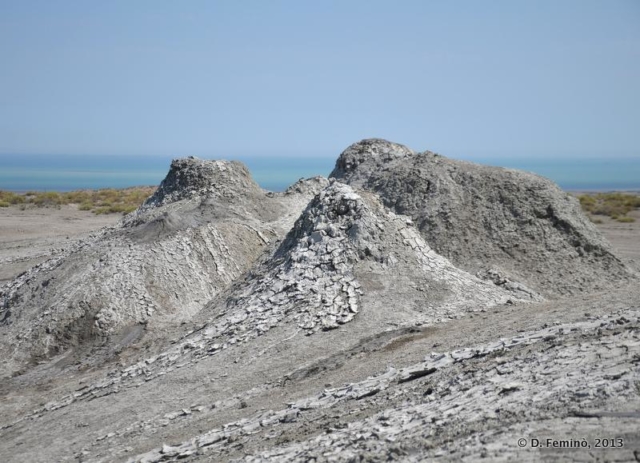 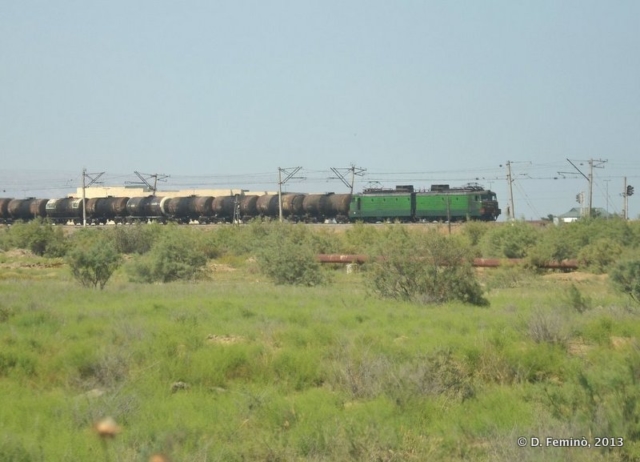 Long long way to Ulaanbaatar
The lost window of Gozo
A day around Pechersk monastery
A relaxing day in Moscow
Food in Beijing: Duck or Scorpions?