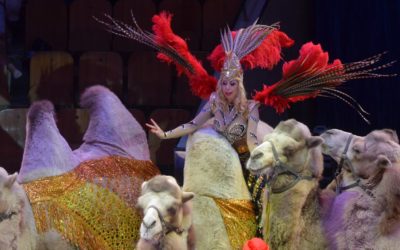 Halfway on my Trans-Siberian route.

Town of Novosibirsk is the capital and also biggest town of Siberia. It is a usual stop along the Trans-Siberian Railways and I’m not escaping from this sort of general rule. Novosibirsk falls exactly in the middle of my trip in Siberia: three Siberian towns are already behind my back and three are still in front ready to be visited. By the way, it should be said that being in the middle is not something new for Novosibirsk. The Saint Nicholas chapel located not far from Lenin square, it is said to mark the geographical centre of Russia. I’m always suspicious about this kind of things. I remember to have been in the so-called geographical centre of Europe and you know what? It is in Lithuania. It hosts the interesting Europos Parkas, an open air museum of contemporary monuments. But this post is about Novosibirsk not Lithuania so, it’s time to talk about it. I’ve been in this town two days and I will try to describe it with same approach used for my previous post about Omsk.

I’m travelling for leisure and the leisure, in this part of the world, is at least in part due to the mean of transport itself: the Trans-Siberian railways.

I don’t know anything about the airport, just that I’m sure there is one because I saw some plane flying low. Instead I can tell you something about the railway station.

It is quite an elegant one with a lot of plants in the upper floor. Maybe because Novosibirsk is also the third largest town in Russia, beside the Moscow time, common in all railway stations along Trans-Siberian, it is shown also the “Mestnoye Vremya”, the local time, and this means to me again doubts on train time. Station has a central position and it has good urban connections including a metro station, called Garina-Mikhaylovskogo, nearby. I guess Novosibirsk’s metro should be third biggest in Russia as wells since it has two lines and a dozen of stops.

Well… To be very honest Novosibirsk it doesn’t offer too much according to me. In my opinion it is more difficult to find something to do here in two days that in the neglected Omsk. I think this is the kind of town that impresses you because is rationally designed, with good services and a decent amount of venues and then you start to think that maybe if not a good place for tourism it is at least a good place to live in and maybe it is,

but it always good to remind that here in Summer temperature can rise up to 40 degrees and in Winter can drop until 30° below zero. There is a bunch of museum but I wasn’t able to visit any of them because there was always something preventing me to do (it was too late, it was the closing day, last night a meteor felt on the roof, etc.). Most of the sites are located on the Krasny prospect and in nearby areas. That’s why maybe they keep it clean with huge trucks spraying water, see the pic, 🙂 . Here following I will tell you something about the few sites I visited and that I are interesting to me.
Churches.

Let’s start from the most famous one: the Alexander Nevsky Cathedral. I cannot say I love this church. With its very shiny domes and the naked bricks walls it looks like they spent all the money for the domes and in the end they didn’t have enough to complete walls. It should be in byzantine style but to me the result is just quite poor. Interiors are a bit better but taking pictures is forbidden. However I got even here the right for one-single photo. Not far from the Cathedral, in October street, there is a smaller, and to me nicer, church, mostly wood built. It is called the church of the Intercession of the Mother of God. It has windows in the typical Russian style and very thin bell towers with tiny blue onion domes. I like it a lot even if the interiors are not so interesting. Talking about churches it should be listed also the chapel of Saint Nicholas that I already mentioned above.
Wooden houses.
Novosibirsk it full of wooden houses, and most of them are really beautiful. If you like this kind of buildings the best you can do is walking along Uritskogo street,

Kommunisticheskaya street and Oktyabrskaya street. Here there are several mansions protected by the city with useful explanatory signs. Most of the houses date back to beginning of XIX century. The most remarkable are former houses of merchants. One called Surikovo lived at Uritskogo 25 and another one, Buzolin, lived at Oktyabrskaya 15. I didn’t have the impression they can be visited but I could be wrong. It would have been nice to ask more to some tourist information office but I wasn’t able to find any.
The zoo.
One of the most famous attractions of Novosibirsk is the zoo-park as it is called here and I visited during my second day here. With all the limits of old zoos, here it looks like they’re trying to do something to turn a jail (this is my view of the zoo) into a more comfortable reserve.

Some animal is more lucky and has bigger space, others are still in cages that are too small. I reached the park with a combination metro-bus-walk and it took more than 40 minutes from the centre.

Nicest part of the zoo-park is the pond where are living ruddy shelducks, a bird I’ve never seen before. In general there are many birds, also in the cages. Quite interesting is the pavilion with monkeys not only because these animals are always funny but also because it represents an example of the attempt of improving conditions of animal’s life. They created a small reserve for monkeys open air and connected it to cages with an overpass.

Within the park there is also a dolphinarium that requires an additional ticket. I skip it because I’ve already saw the one in Constanța that is a coastal town. How far is the sea from here? For most of other bigger animals a brighter future is yet to come. Some is in large space, but many are unfortunately still in narrow cages, turning around within like crazy. Similar impression I had also for white bears. They are repeating on and on the same circle in their pool-cage. Surprisingly it is allowed to feed the plantigrades but only with fish bought in a nearby kiosk. In the end, I cannot say that coming here was a bad experience also because the park around the zoo is very nice. With regards the “green” point of view it should be also said, to complete the picture, that the zoo hosts about 150 endangered species so they are doing here something to avoid their extinction.

Novosibirsk is not going to leave strong memories impressed in my mind. I was happy to come here because this is in some way a legendary town, an emblem of remoteness maybe because it was forbidden to foreigners during communist time. I was able to relax after so long running. I was in a nice apartment close to Lenin Square that it means right in the centre. Unfortunately I didn’t have the chance to experience local food. First day it was quite late and so I found open just the most posh Pirozhki place of my life located next to theatre. On second evening, shame on me, I went to an Italian restaurant. Funny place with fake newspapers talking about pizza in Siberia but in the end it was nothing special.
As usual you can see few pics of the town in the following gallery. 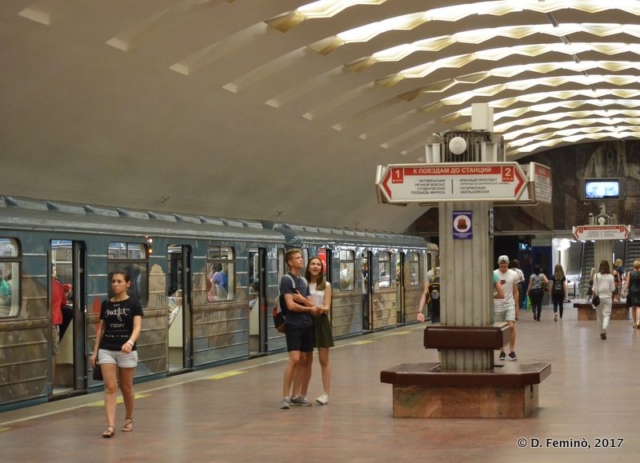 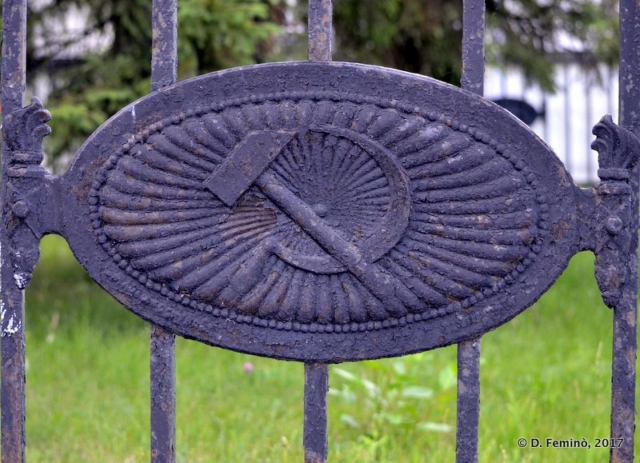 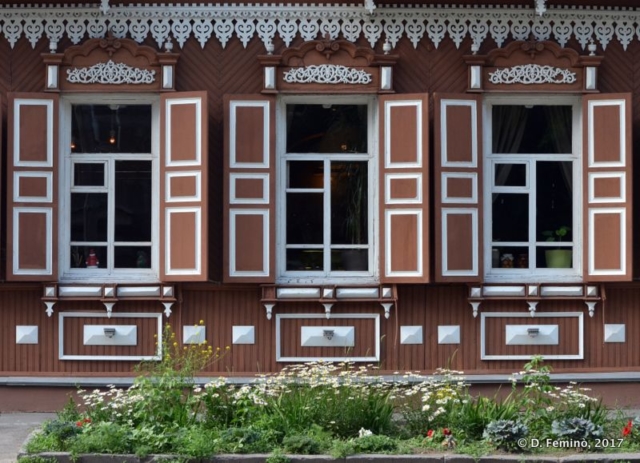 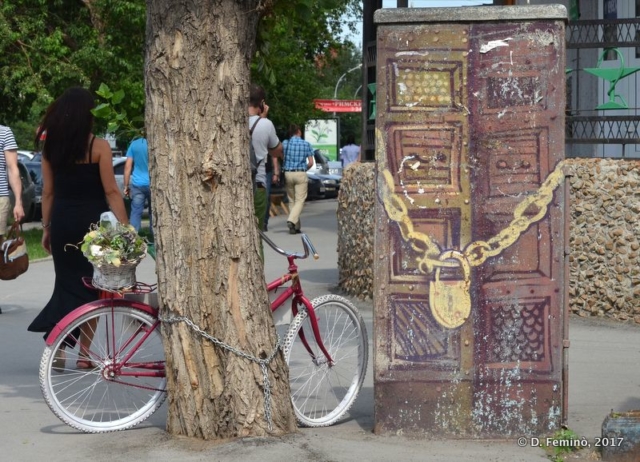 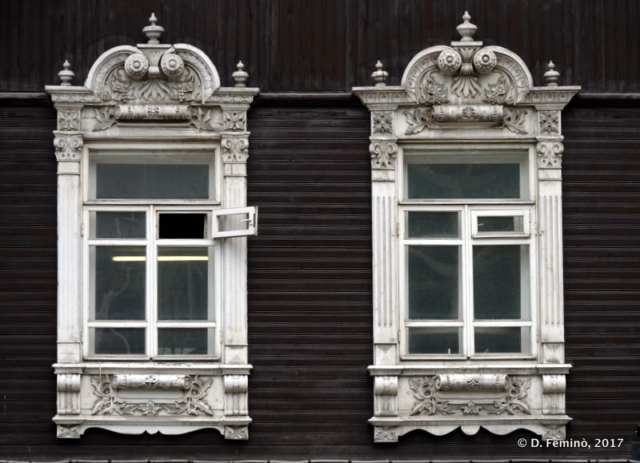 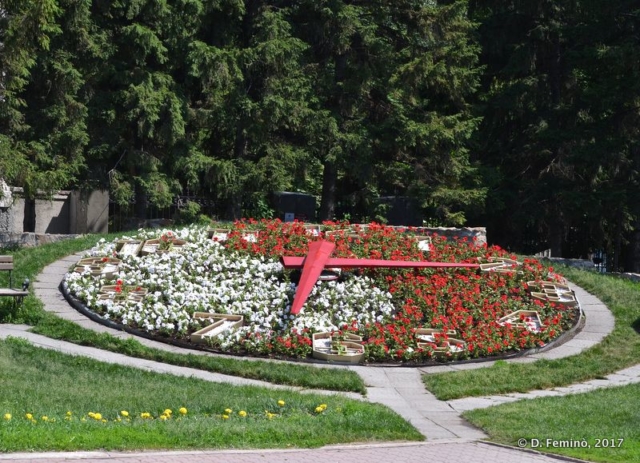 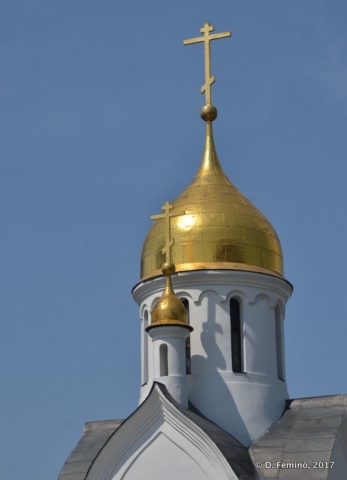 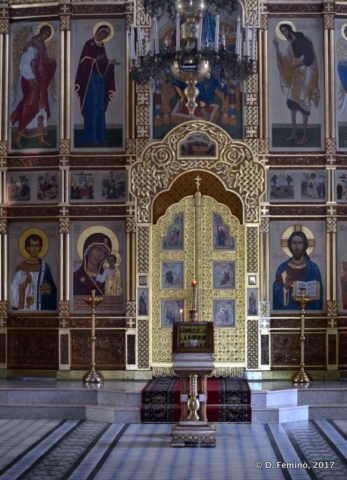 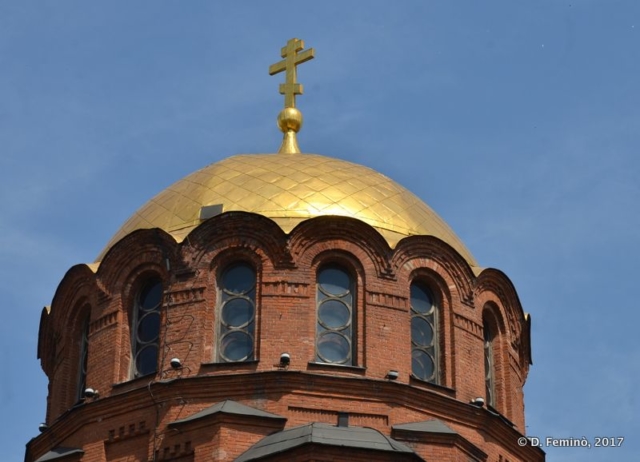 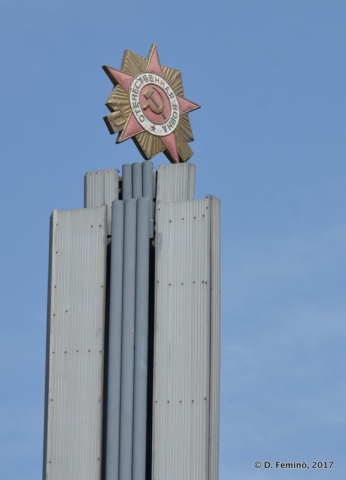 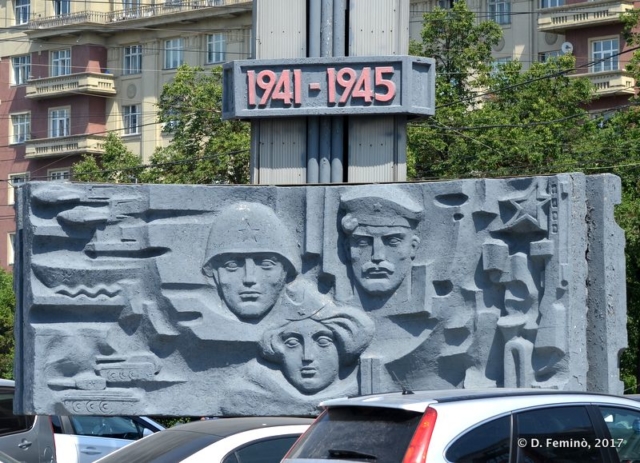 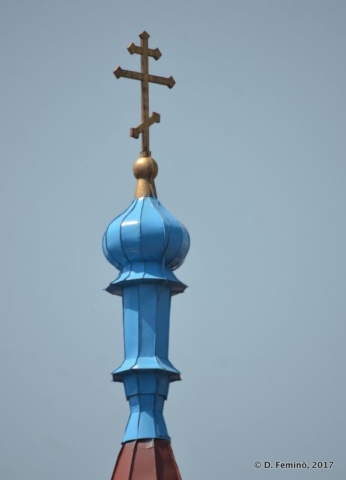