Raindrops are falling on my head.

The sound of rain drops mixed with some distant bell wake me up on the Easter Sunday falling on the 16th day of my around the world trip. Rain when you’re on holiday is never a pleasant event but at least today I do not have any great plan in mind. Počitelj was canceled yesterday due to lack of connections so there is just Mostar to explore a bit better and to have some relax. Next countries are going to be more complicate and furthermore in most of the places I will stop for just one day.

So what to do? Get out and face the abundant rain or to wait hoping that it will stop? The lazy part of me has an easy win, so I spend some hour surfing on the web, planning next days and adding content to this website and then finally being able to complete my city guide on Padua. Time is passing and the rain doesn’t want to stop. I didn’t have breakfast and I start to become a bit hungry. Images of Bosanska kafa and Baklava appear in my thoughts. More than enough to bring me quickly out of the house. Once out I go straight to the café I have in mind for celebrating this rite. Bad weather depresses me so I allow myself the odd overindulgence so after first piece of Baclava I take another one and I see as a sign of gratitude for my evident appreciation if second piece is much bigger than the previous one.

Now I’m out and I don’t want to go in the guesthouse again even if it keeps raining. I decide to visit the Koski Mehmed Pasha Mosque.

Honestly, compared to usual local costs, price for the visit including the minaret is pretty expensive: 12 Bosnian Marks or 6 Euro. Right now I don’t have anything better to do, so I buy the ticket. Surprisingly for a mosque I can keep the shoes. Minaret is hard to climb with many high steps but when I’m on the top I have the best view on the old town and the bridge I could imagine. Cover picture of this article has been taken from here. The mosque instead is not very interesting. I realised that shoes are allowed because the area where believers pray is divided by the ‘touristic’ one with a fence.

And now, surprise, surprise! Rain stopped. Grey clouds in the sky do not promise for a radical change of the weather but at least I can remove my cap and unprotect my camera.

Like a swarm all the tourists are assaulting the old bridge. I try to find some more quiet area. The Kriva cuprija bridge, for example is less busy. After half hour unfortunately rain starts again and I’m a bit bored then I buy something for lunch and I take a break.

The many faces of Mostar

After the break I want to see some more modern and more ‘real’ part of the town. As it is know, Mostar is more or less divided in two parts with Bosnians living on the left bank and Croats on the right of Neretva river. This division is obviously completely hidden in the old town where everybody is part of that show called “stari grad” and made of nice restaurants, souvenir shops and ancient houses.

I then decide to move in the direction of what I think being the Cathedral’s bell tower and instead I discover being the so-called “Peace Tower”, a 102 meters tower, close to the Franciscan church, finished in 2002. Looking at it, I think that it is a bell tower that pretend to be a minaret, so thin it is. But if this is not the cathedral, where it is? I check on my map and I see is not far. The area where I am now, on the right bank of the Neretva, is very pleasant, with a lot of parks and tree-lined streets. Along one of this, I see a graveyard and I start to take a look at the dates of the tombs. One after the other year of the death is always the same, months are different but the year is always 1992, the siege of Mostar. I’m pervaded by a sense of horror. For a moment, I try to imagine what kind of inhuman life is that one in which everyday someone is killed by bombs and bullets. It can be stupid but I really wanted to see a different date on one of those tombs as air to breathe, with someone death by other reasons but not, only 1992. A bit shocked I finally reach the Cathedral, an horrible building resembling a starship that surely is one of the ugliest church I’ve ever seen in my life. Getting back to the guesthouse I see some nice murales and a bizarre monument to Bruce Lee. You can find in my gallery on Facebook.

I spend the evening dining in the old town once again and taking a look for the last time of this trip at the beautiful old bridge and hoping that it can be able to really connect people.
Here, of course, there is my gallery. 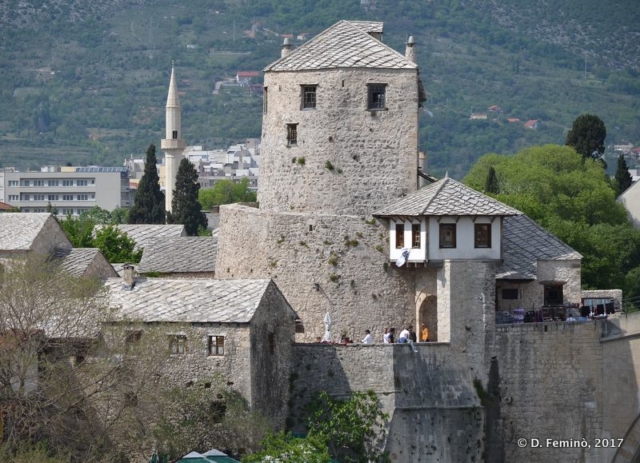 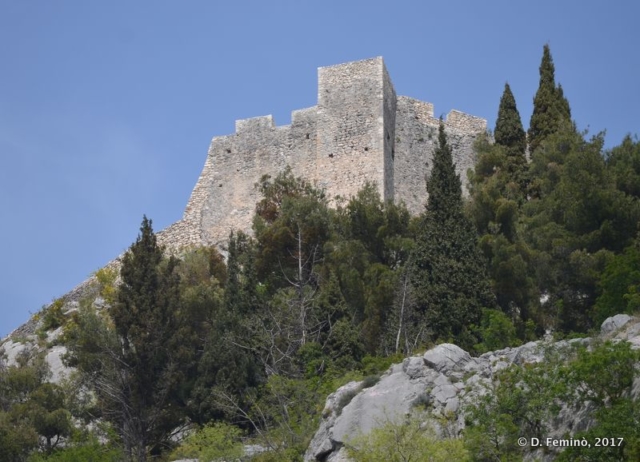 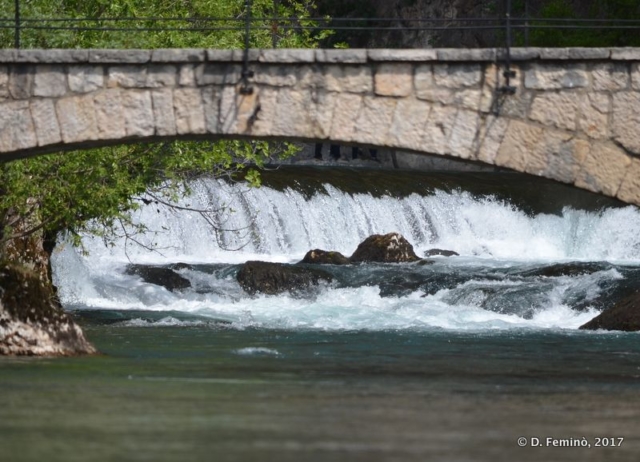 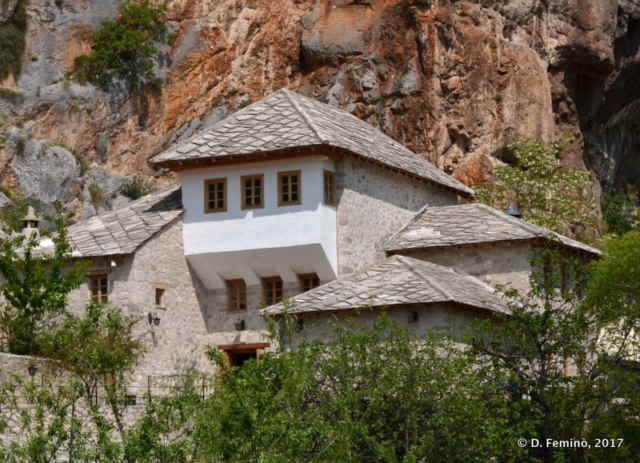 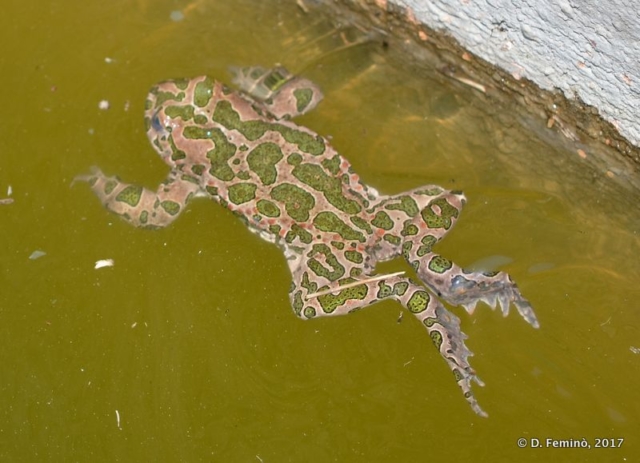 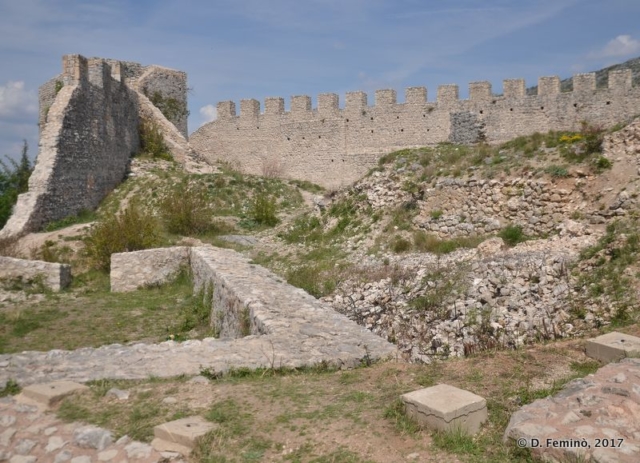 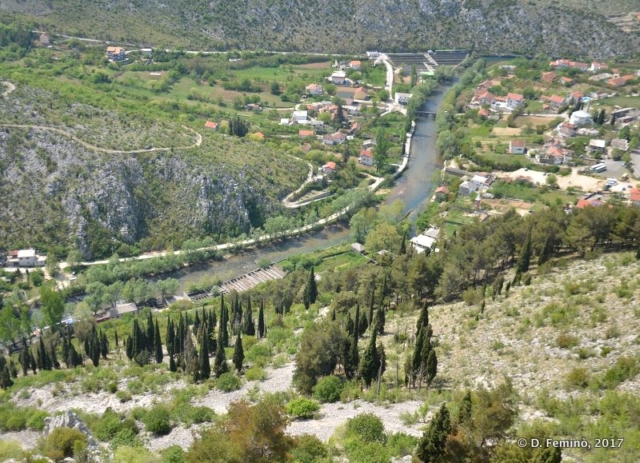 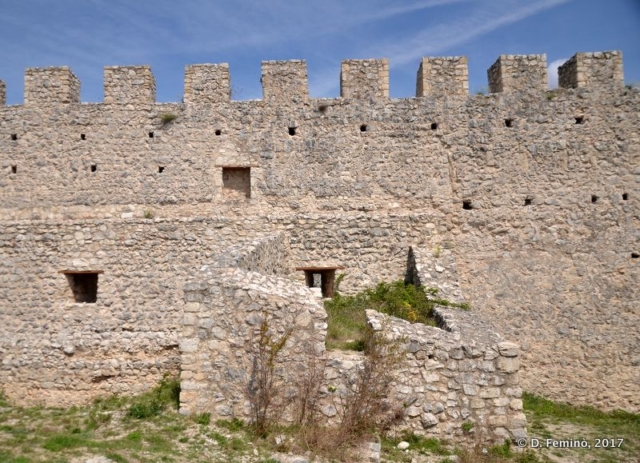 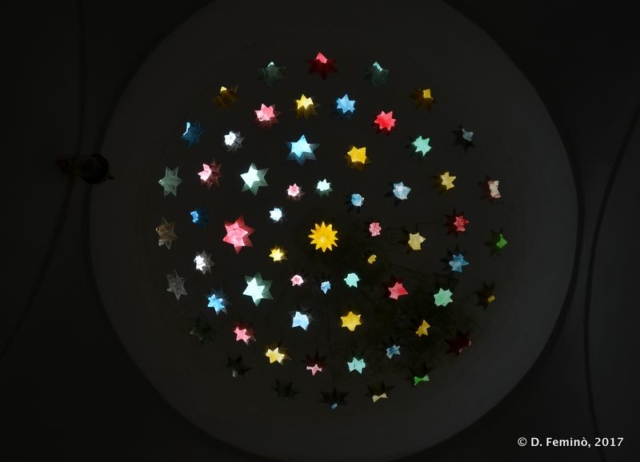 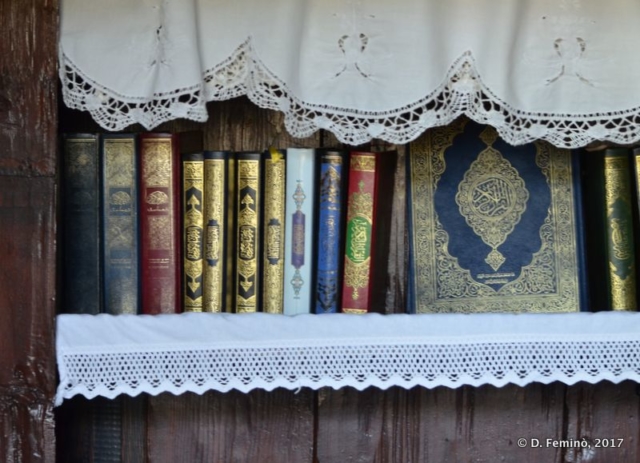 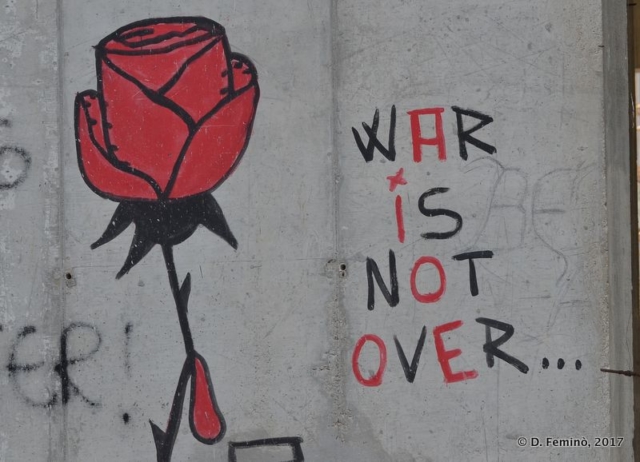 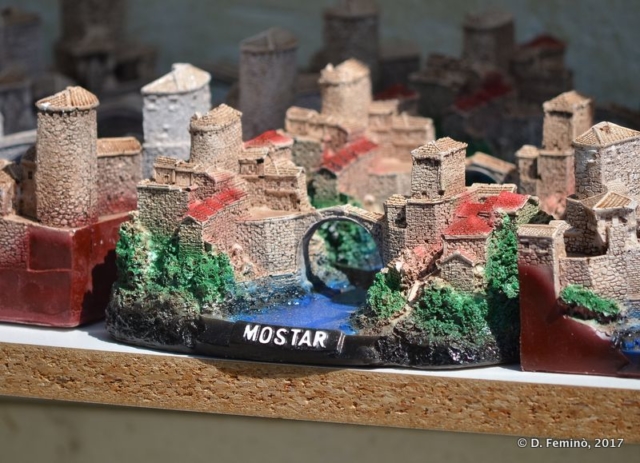 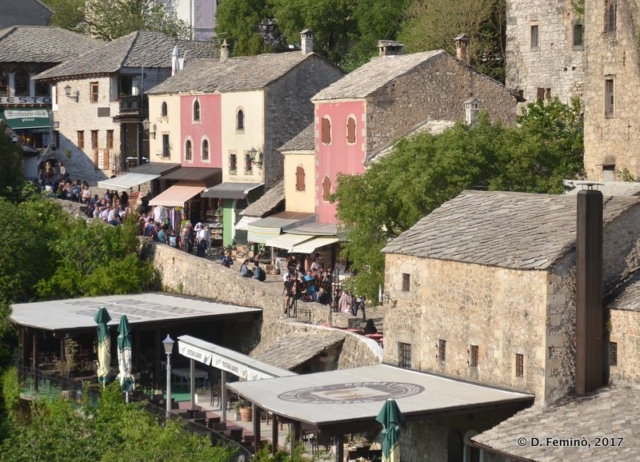 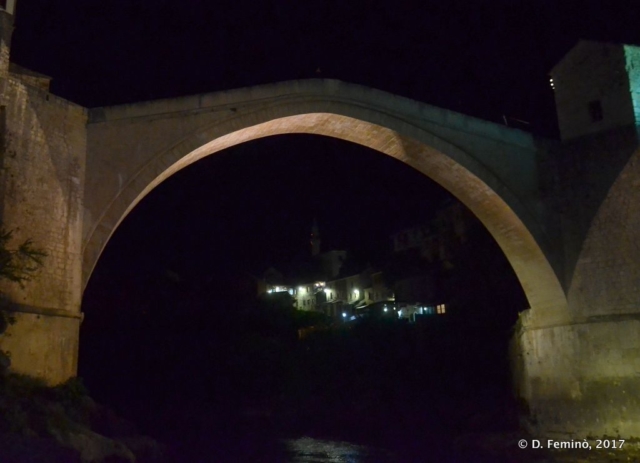 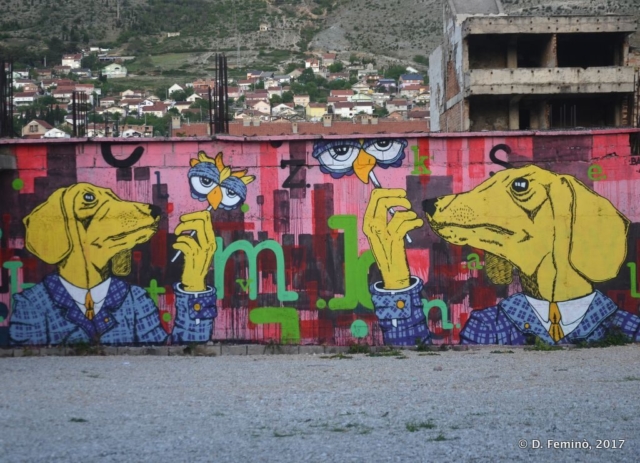 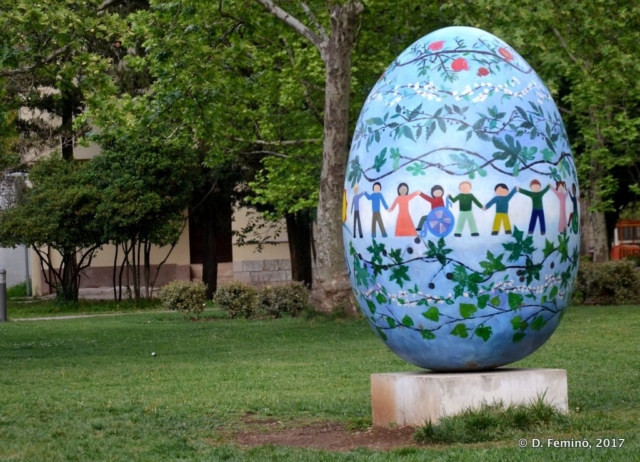 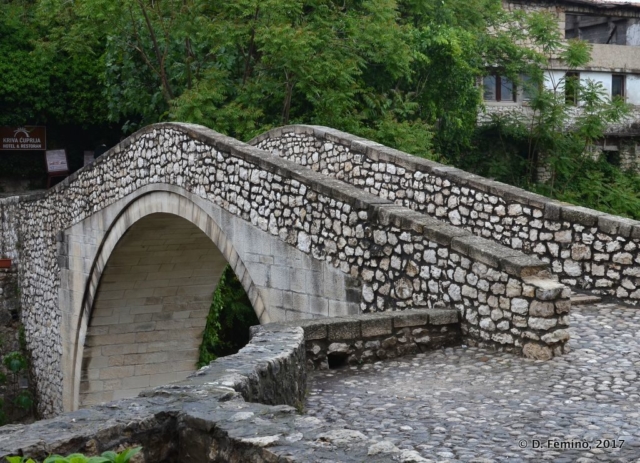 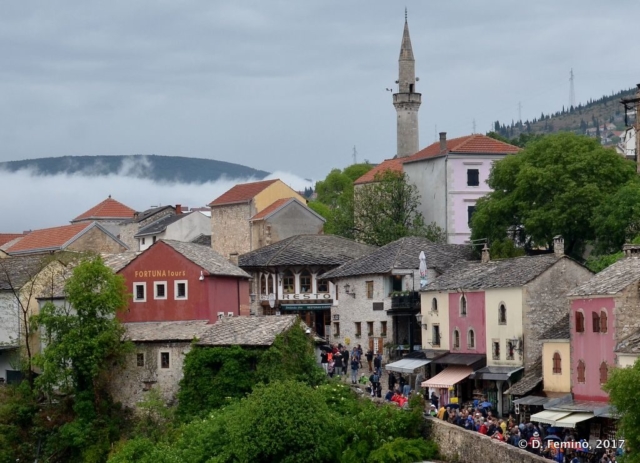 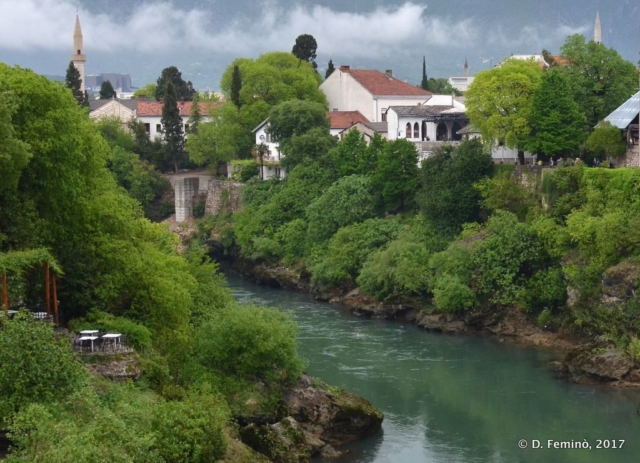 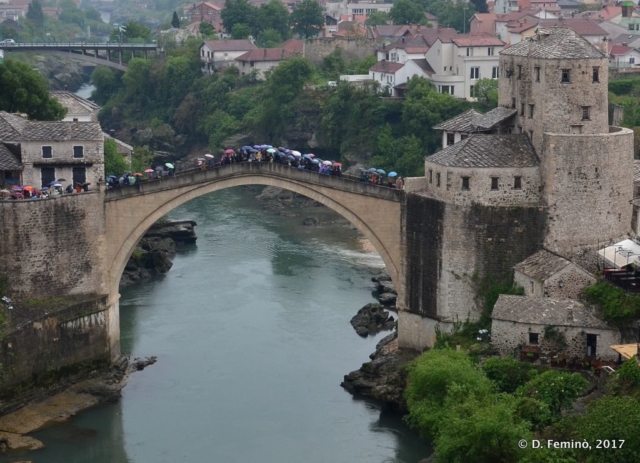 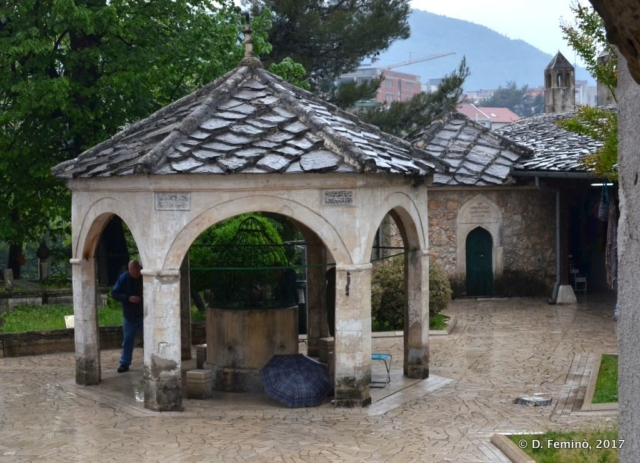 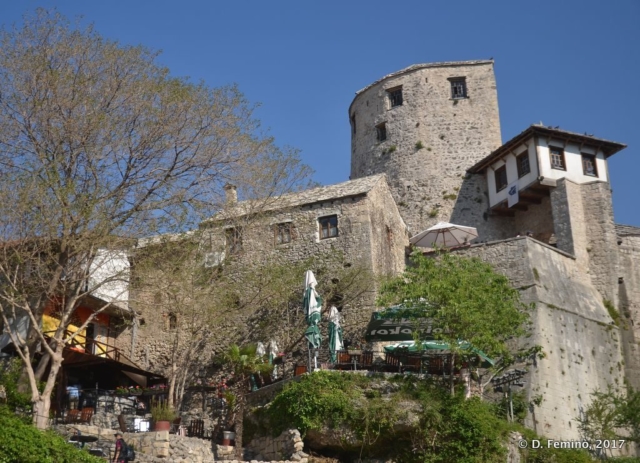 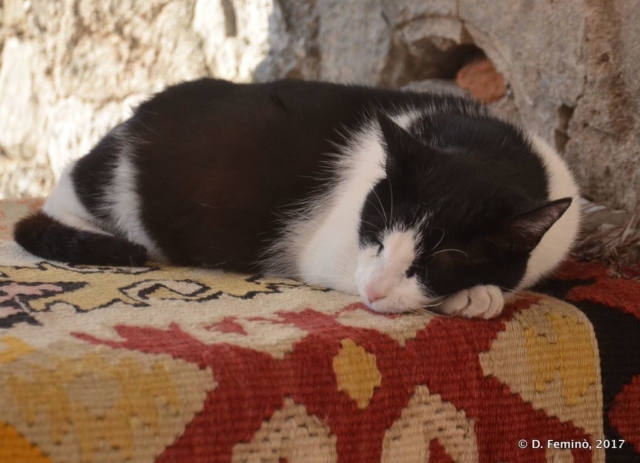 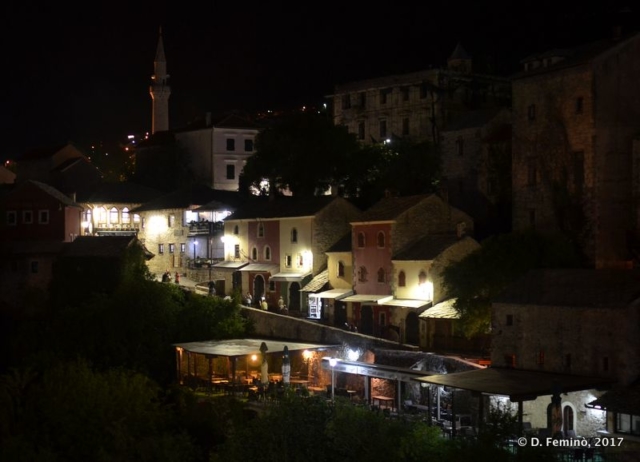 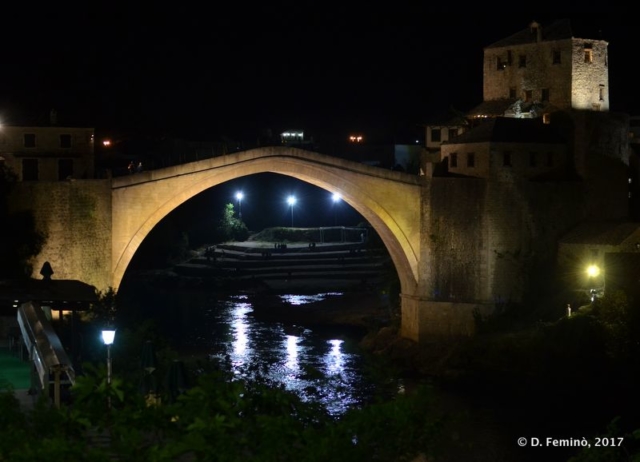