Playing hide and seek with rain.

It is one day already that I’ve started playing a sort of hide and seek with rain. Yesterday there was some drop falling when I came back from dinner.

Tonight it rained a lot and this morning stopped but in the end, it caught me when I went out. Ok, f. rain, you win and now? Here’s is not like in Mostar where I didn’t have to much to do. Today I’m eager to visit Nesebar so, there’s no rain that can keep me within four walls. Cats are not afraid of the water and they go around the wet chairs of the cafes and so I do but I prefer to sit inside to have breakfast.

After it I bravely face the rain and I reach the Jug (South) bus station of Burgas. It is very close to my hotel and next to the railway station. It is a tidy place with all information easily available. Furthermore what is more important, when I’m there, bus to Nesebar is going to leave in 10 minutes. Bus is half empty and very comfortable.

Ticket price to my destination is 6 Lev, 3 Euro and the trip lasts about 45 minutes. The rain seems to be undecided on what to do. Sometime sun takes the scene again putting its light on the beautiful fields full of yellow flowers. When we arrive in Nesebar, it doesn’t rain anymore. Actually the day turned sunny. Before anything else I need to eat something because cloudy days makes me feel depressed and when I’m depressed I’m also hungry. Next to the bus stop there is a great Pekarnitsa (Bakery) selling some fantastic cheese bread called Banitsa. I take one and while I’m eating it, I start to walk in the direction of the old town.


Such a perfect location…

The historical centre of Nesebar is located on a former island connected to the mainland with an isthmus by ages. When I looked at it on the map I imagined a beautiful small town not so different to other walled cities like Budva or Zadar.

This is the reason why this morning I was so committed in coming here. From the bus stop I have to walk about 1 kilometre before starting to see the isthmus and the old town skyline.

Light is not the most perfect to take picture but ok, it is not raining then I don’t have to complain. By the way, there is something it should be say about taking pictures in the rain. I think that if you don’t put the sky into the frame, you’re not afraid of the rain and you have an adequate protection for your camera you can get quite great pictures because the light is uniform and there are no shadows to deal with. Ok, the photographer’s corner is over. First impression of the town is good. On the isthmus there is a windmill. The view on little harbour is nice. A perfect prologue to the main dish. The old town is in the higher part of the former island as I can see by the street going uphill. Really the most perfect location.

…for such a poor reality.

Ok. Let’s start with something positive. You will hardly starve in Nesebar. As soon as you enter in the centre you’re surrounded by restaurants and by people gently inviting to come in. But I ate already my banitsa and I want to see the wonders allowing this town included also in Unesco World Heritage Sites and that are waiting for me after the row of restaurants that sooner or later will end.

Well, actually not but at least they start to have on the side some souvenir shop and in some case, some place where do they sell paintings or other ‘artistic’ handicraft. But, oh yes, one or two supermarket and some shop selling clothes. Where is the celebrated town it is still a mystery.

Finally I arrive in a square with a nice church but it is located almost at the end of the old town. But, how stupid! So far I went on the outer circle streets, I’m sure that if I go in the heart of the town I will surely find those beautiful glimpses I’m looking for. Not so true, actually. Apart the fact that the ‘inner’ circle is of course shorter than the outer one, it should be said that the only other sight I’ve found are the ruins of a church and there were the only tourist group I’ve seen. Usually I’ve problems in taking pictures of the ruins without people in it. Here problem is not represented by people but by restaurants as you can see in the picture on the left. While I was going around in the desperate aim of finding some nice corner I was thinking to this town as a nice lady (I didn’t say wonderful on purpose) made horrible by half a kilo of make-up. I think they really should remove this place by the Unesco heritage list or at least to put in the special list for the endangered sites and require to Bulgarian Government some strong action aimed to ‘clean it’ and restore the original beauty of this place.

And now that I’ve said why I didn’t like this place let’s move to the many reasons why it should be restored to the original status.

The first settlement on the island dates back to 3.000 B.C. and was belonging to Thracian culture as the tomb in Aleksandrovo. However the oldest remains here belong to the Hellenistic period, so about III century B.C. while the best preserved are the medieval churches in Byzantine style but actually

only one is in very good condition and it is the Church of Christ Pantocrator, of all the other ones there are only ruins. Nesebar (sometime written as Nessebar or Nesebur) has probably receiving a bad influence for being so close to Sunny Beach, one of the biggest beach resort in Bulgaria but the presence in the town of remains (somewhere) of several civilizations (Thracian, Greek, Roman, Byzantine, Ottoman) would require a better management. In the end, there is a silly thing I need to say. I never checked but I always put in relation this place with the incredible Carlos Santana’s track “Incident at Neshabur”. I discovered that the track refers to a battle in Haiti so nothing to do with Bulgaria. We travel to learn.

By bus I go back to Burgas. Just before the stop I see a huge picture of Vasil Levski. His photo (always the same, by the way) is everywhere.

I’ve read something and I’ve understood he is the local hero and that he led Bulgaria to the independence when it was under the Ottoman rule. As I’ve said we travel to learn about people and cultures. Since the train station is close to the one of buses I take the chance to see if and when there are trains to Varna in the morning. There are two, one at 7:30 (naaah) and one at 9:30 (much better). It takes quite long but as I said in one of my previous post, I really would use the train anytime is feasible. I keep walking around for a while and I appreciate the pleasant atmosphere that makes of it one of the top place in Bulgaria for quality of life. Unfortunately this don’t preserve this city to the rain that finally decide that it’s time to play a winning game again. I will brave it again only in the evening for the dinner. I try a burger place where they also have craft beer and I’m eager to drink something better that the industrial Bulgarian brand I’ve tried so far.
Here, as usual, you can find the gallery of Nesebar and Burgas. 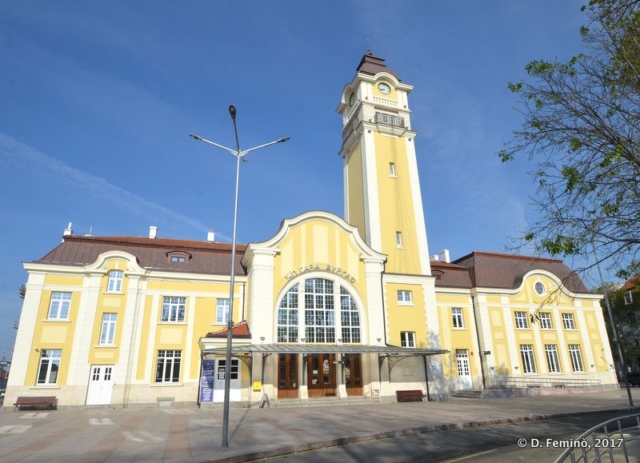 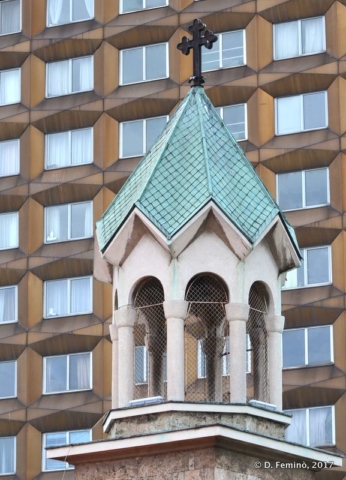 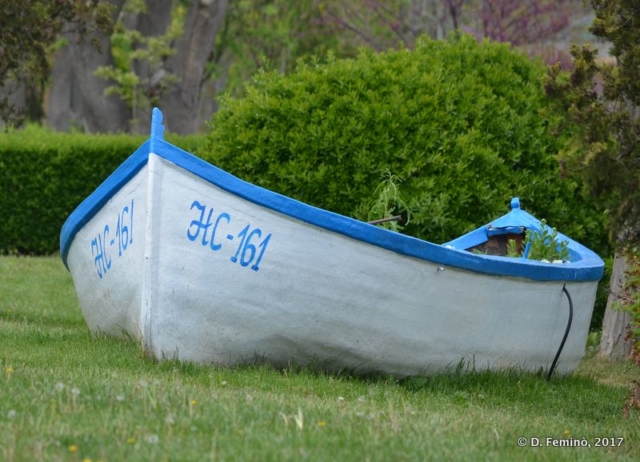 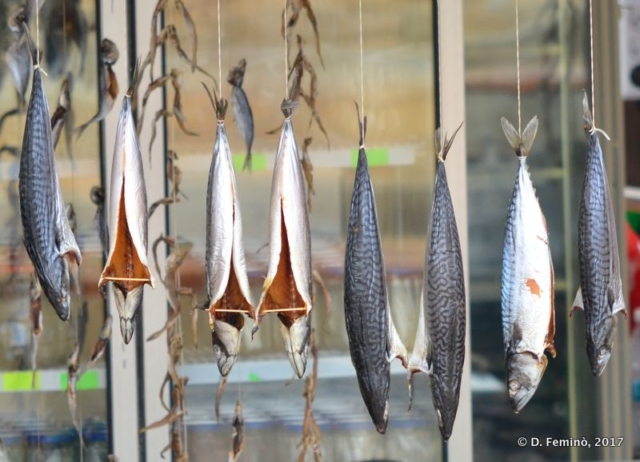 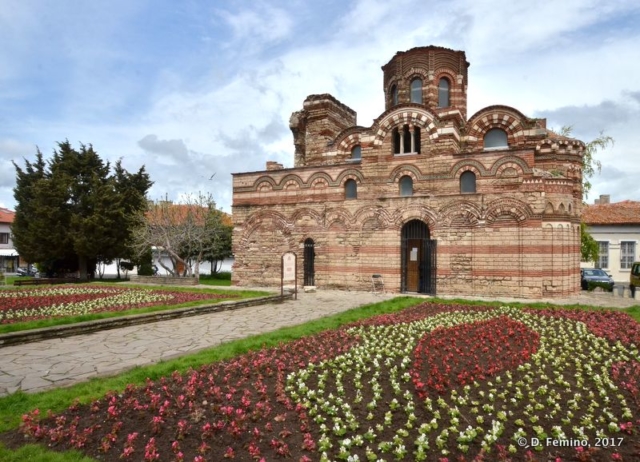 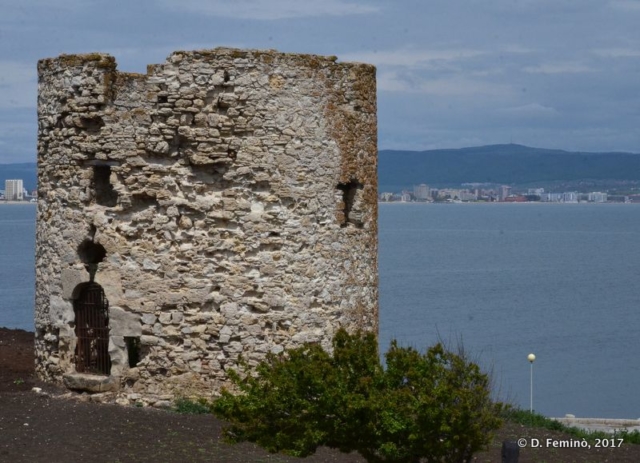 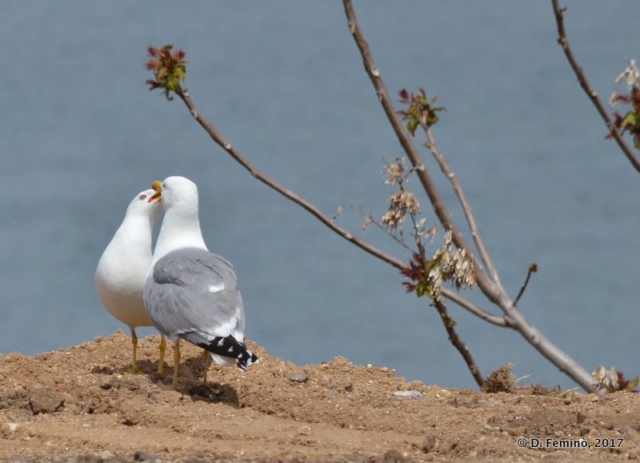 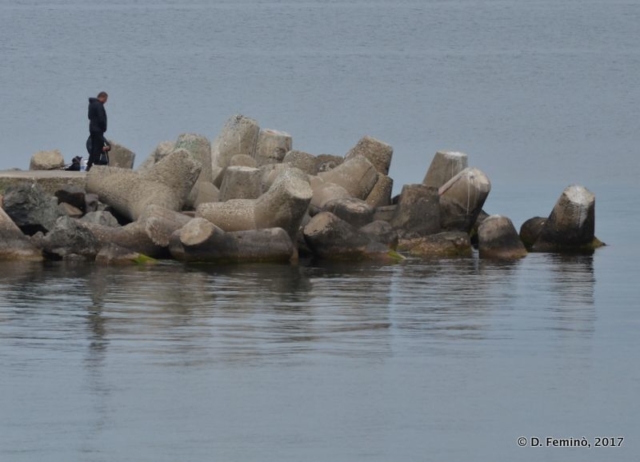 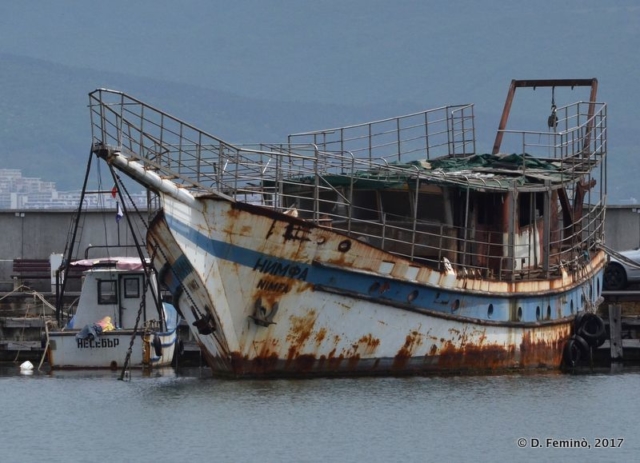 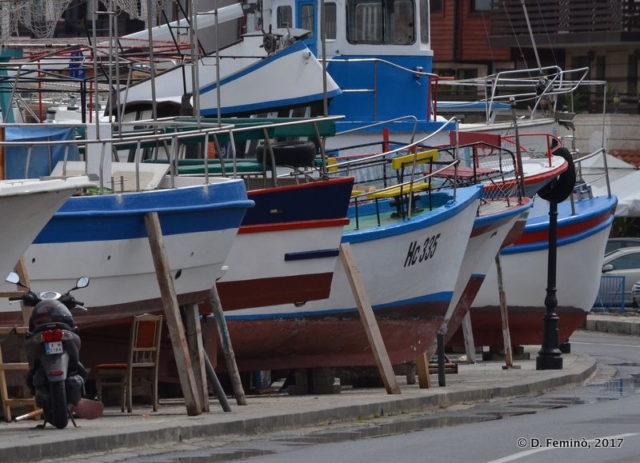 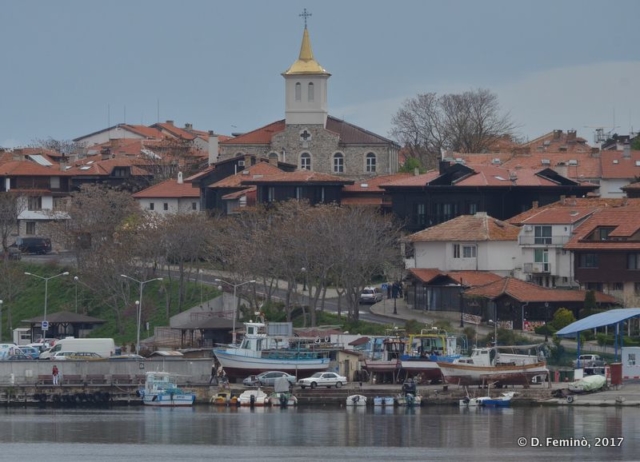 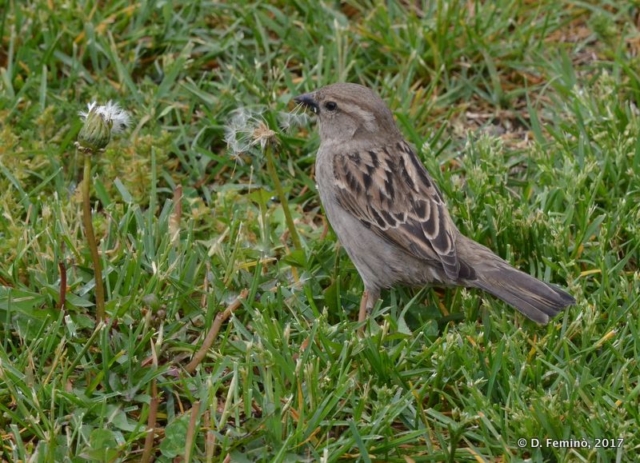 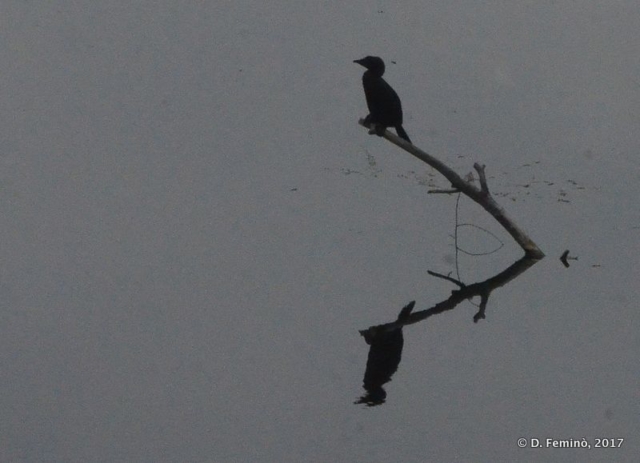 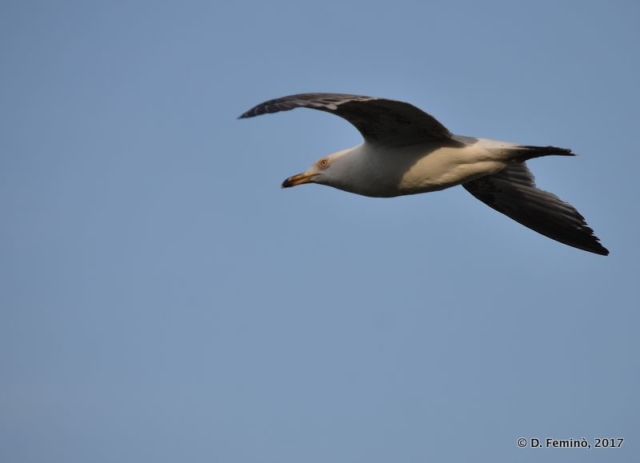 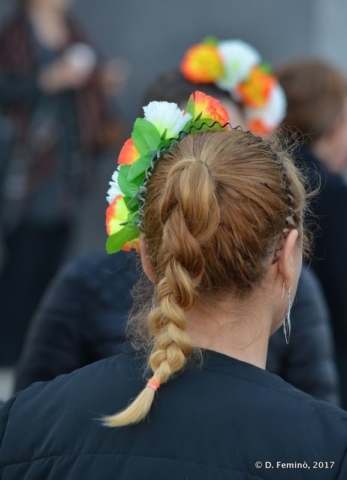 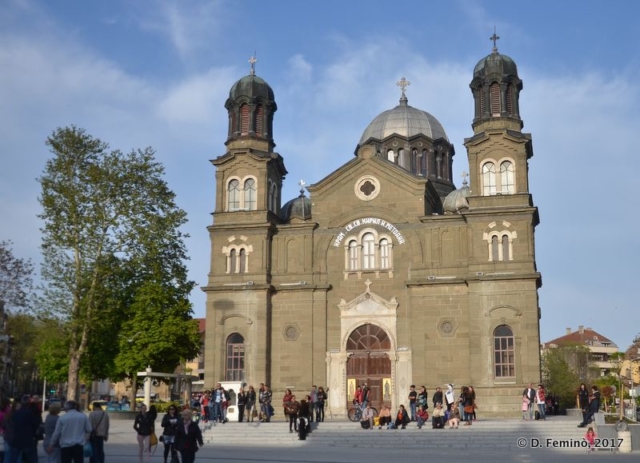 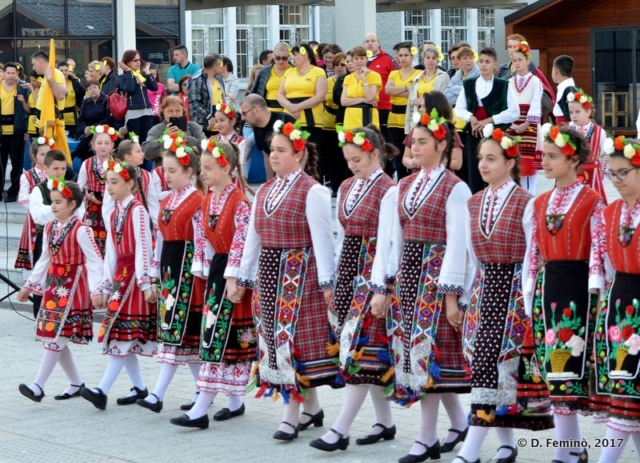 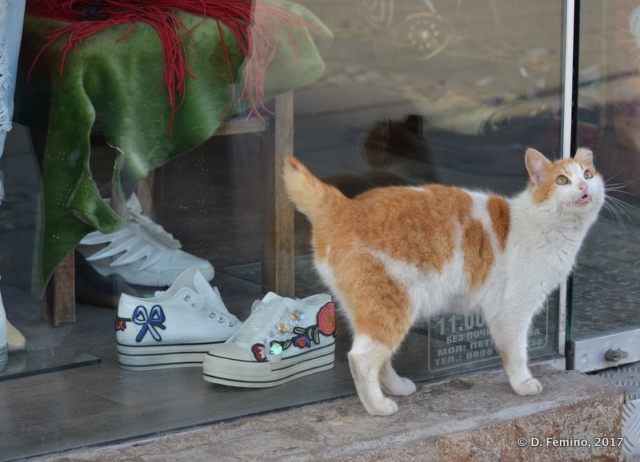