From Burgas to Karnobat.

My train leaves at 9:30, this means packing things and doing all other things with no need to hurry. Nevertheless I arrive at the railway station about 20 minutes earlier. There is clear blue sky and this makes my mood great.

I know this train goes to Sofia and because of this I need to switch to another train somewhere. I understood the place is called Karnovo but searching for this place in Google Maps I do not find it. What is clear to me is that I will not see the sea until Varna because both trains will follow inner path. Train is pretty old. The second class has still compartment with eight sits but in mine we are only two people so there is plenty of space. Once the train leaves I check other compartments to look for some young person that could speak English to ask about the connection. I found a girl that explains me that I need to get out in Karnobat, the second stop of the train. There will be Ajtos and then Karnobat.

Actually the train stops also in one more station in some Burgas suburb. I love this train. It reminds of the many trips I did this way in the past, on trains where it was still possible to open the window. Thanks to the sunny weather, the view outside is absolutely great. There are yellow fields and vineyards one after the other. It is an exhilarating feeling to put the head out of the train window. When it was when I did this last time?
To Karnobat it takes about one hour. On the railway station in Ajtos I see that someone wrote “W l’Italia” (Long live Italy!). I don’t know what to think about it. Finally we arrive in Karnobat. Is Karnobat not Karnovo, that’s why Google Map didn’t find it. Google is always right. 🙁

I’m aware that title of this chapter can be misleading. Many other people would hardly find some fun in the railway station of Karnobat but I actually did it.

Like in a movie, let’s try to depict the scenography. Maybe it will help to understand.
We are in the middle of nowhere. I don’t know exactly how big is Karnobat but we are clearly far from anything that could be called centre. When I get out of the station, I have time since next train is in 40 minutes, I see a local bus waiting for people coming with my train and then nothing else only abandoned industrial buildings. The chief of the station is a lady that is clearly very proud of her job and of her red uniform that she keeps in perfect order.

I like her approach. Under her control there are few maintainers, all men, managing railway stuff. The station building saw surely better days. Electronic displays are working properly but the restaurant on the upper floor served last dishes probably in the past century. And I forgot to add the most important thing. In this kind of playground for train lovers there’s no one preventing me from taking as many pictures as I like.

No one complains as happened instead in Ostrog station while I was just trying just to take a photo of the station name. Result is that in the 40 minutes before train to Varna arrives from Sofia I’m going all around like a child taking pictures of: the ‘station dog’, people setting up trains connecting cars and locomotives in front of me, plates reporting how old are locomotives (1979) and where they were built (Czechoslovakia), railway points. Well, in the end train to Varna arrives but I have my little treasure of memories and pictures. You can see the latter in the following gallery. 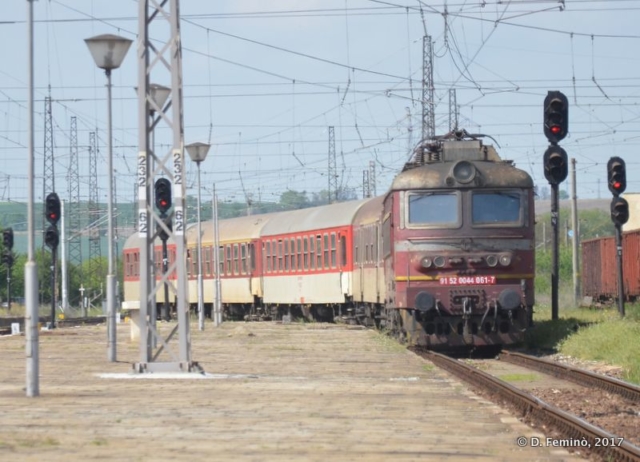 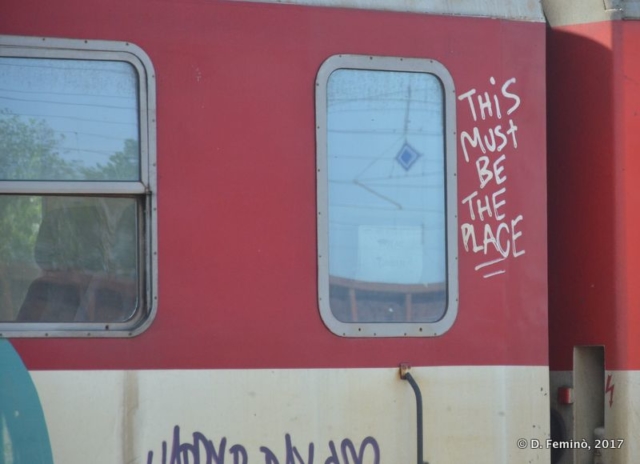 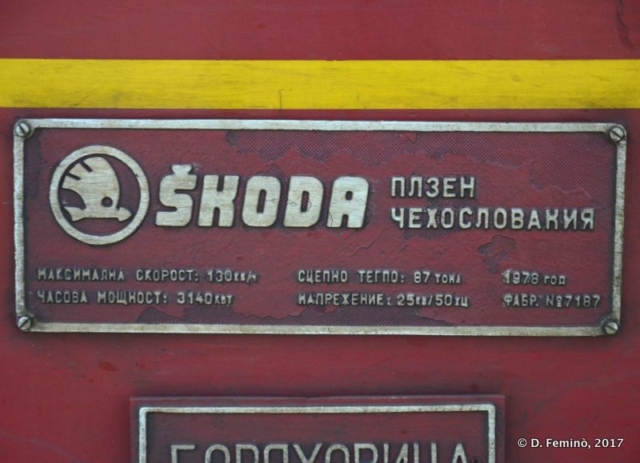 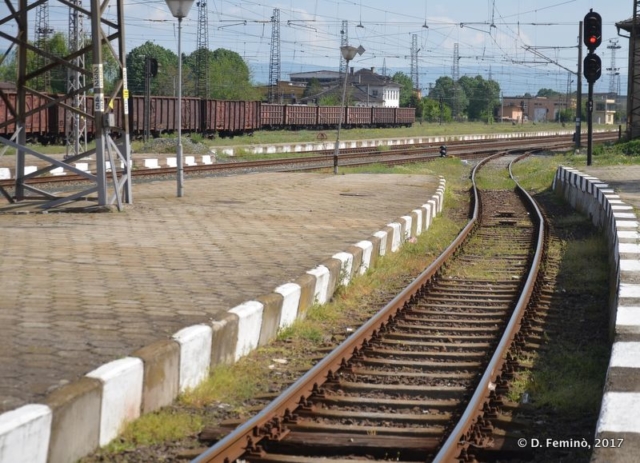 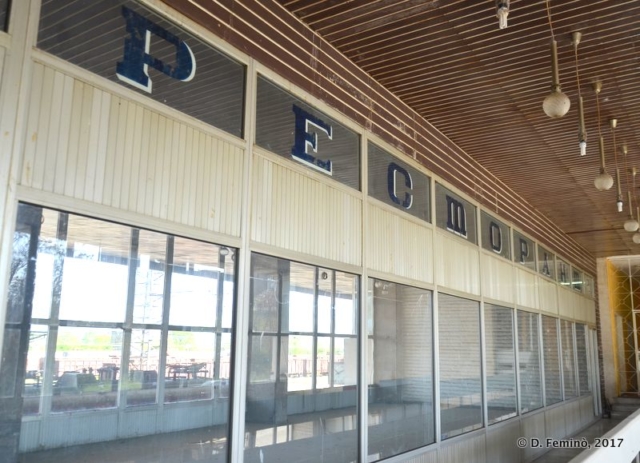 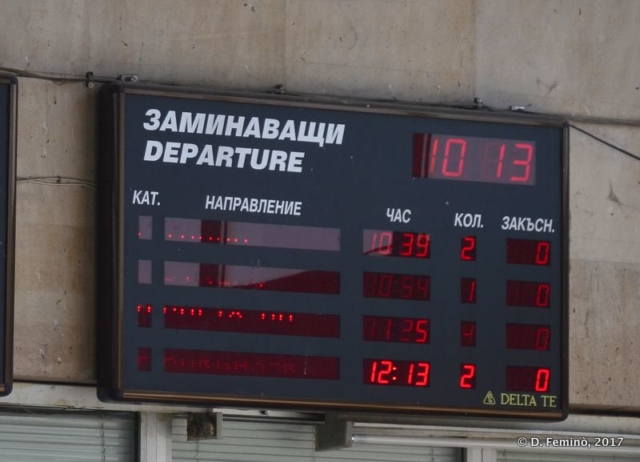 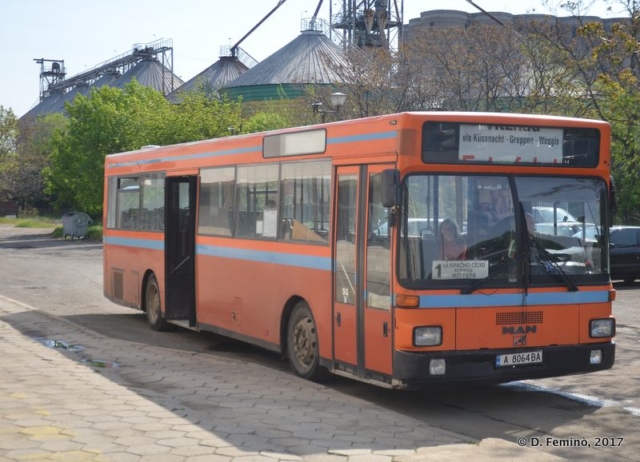 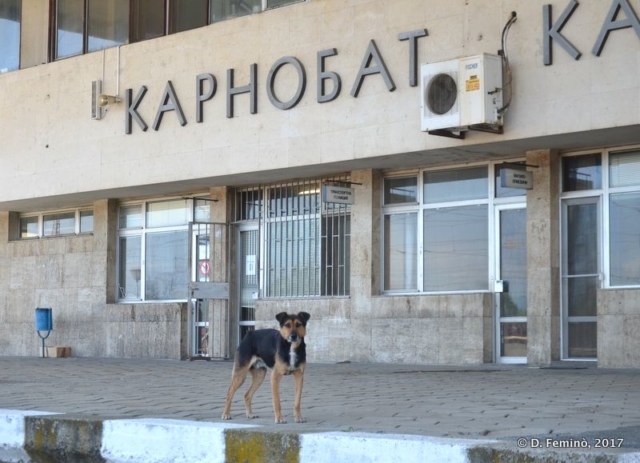 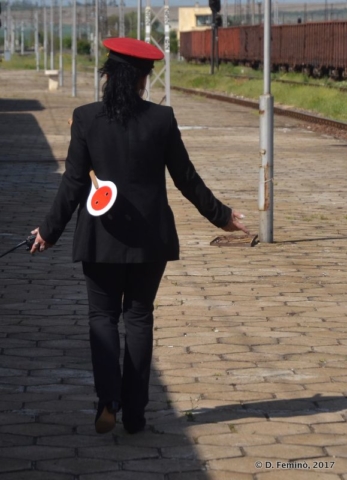