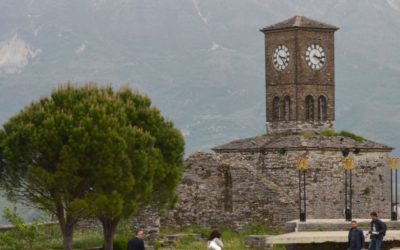 I wake up relatively early, the sun is shining and therefore I know already the answer to question “where will I go today?”. The answer is Butrint. I decided to give priority to it if the weather would have been fine because I’m convinced that Gjirokaster would be more or less the same even with clouds while in order to enjoy visit to an archeological site by the sea, the ‘weather factor’ would be much more important.
Due to some laziness that is going to become chronic, in the end I get out of the apartment quite late. Before taking the bus to Butrint I first go to check if and when I can catch a bus to Greece on Saturday. I decided to head to Ioannina instead of Igoumenitsa as originally planned. This would make faster my path to Thessaloniki and from there to the Black Sea.
I discover that there are two daily buses to Ioannina and Athens. One is at 6:30 AM, the other is at 6:30 PM. For me, much better the one early morning. Now I will be able to start planning next days in Greece. But right now I’m still in Albania and there is a lot to see here, then let’s go. Butrint is waiting for me.

I started to wish to come to Butrint nine years ago, when I spent 15 fabulous days in the continental part of Greece and even if in that trip I had visited every single possible archeological site, I was still eager to see this place located just a stone’s thrown from the greek border.

In the end I gave up because I’ve understood that the only open border at that time was inland and that on the coast was just an uncrossable line. True or false, now I’m here and to divide me to Butrint there is just a ride on the bus leaving from Saranda centre and serving also Ksamil beaches.
It takes about 50 minutes to reach Butrint that is the final stop of the bus. In front of me there is a small ferry, using a rope to reach the two banks and allowing few cars per time to cross the Vivari channel that separate Butrint that is at the end of a peninsula from the mainland on the other side.

On that side there is a triangular fortress that I think, it offers best view from outside so I enter immediately on the Butrint site on this side of the channel. The entrance costs 700 Lek, about 5 Euro. As a start I decide to follow the route that goes all around the peninsula. I’ve to admit that I didn’t study so much this site before coming and that I was expecting the usual set of greek and roman remains. I realise instead that this place has a much longer history. Part of the wall can be dated back to Eighth century BC but also most of the ruins are from the Venetian domination, in Sixteenth century so covering about 2.000 years of history. Butrint was in a strategic position especially if, its control was owned together with Corfu.

After completing one tour of the peninsula and seen all the gates of the former fortified town I’m moving inward because according to a map I saw, I will find there the museum and the theatre. Museum contains usual stuff: pottery, some beheaded statue and so on. Not so far from the museum can be found best part of the site. In the same area there is the greek and then roman theatre and the temple of Aesculapius. The small temple stands over a pond full of turtles, I guess at least fifty of them. The entire area is very nice with birds and dragonflies going all around. For a moment it seems to me to be in Greece and not in Albania. Having seen this part, the visit to the site can be considered completed.

Between Butrint and Saranda there is the village of Ksamil, famous for its beaches and the three islands located at swimming distance. I decide to walk the 4 kilometres between Butrint and Ksamil so to have the chance to take some picture. So nice is the walk and so bad, in my opinion, the destination. Once again I should say what I’ve said for Saranda.

In summer there are beaches and sun and blah, blah, blah. But now this is just a dusty place with most of the venues kept closed. The three islands look better from the distance. I don’t want even to explore the possibility of reaching one of them. I notice that one of the street is called after Isadora Duncan, the revolutionary American dancer and investigating later I will discover that she spent in Saranda six months of her life helping local population, after the tragic loss of her two sons. One of the reason why I love of travelling is that if you are curious you can learn a lot of things just looking for answers to all the questions you can have in your mind. Meanwhile I take the decision that visit to Butrint and the walk until here are enough for this day. I wait the bus together with a skinny dog and then I go home.
In the evening, same restaurant again, eating a delicious and juicy grilled octopus. While I eat, here following you have the gallery of pictures from these days in the Saranda area. 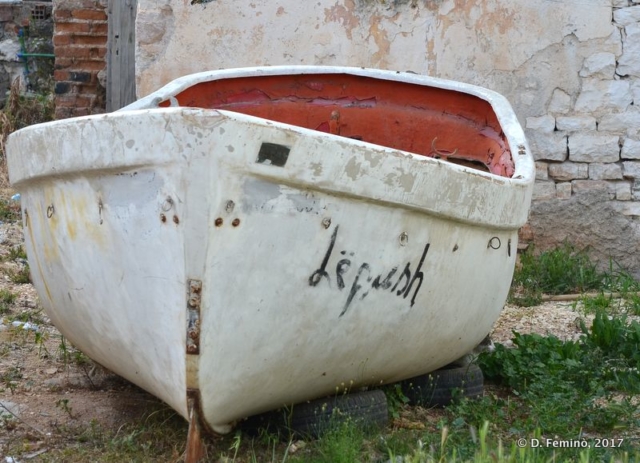 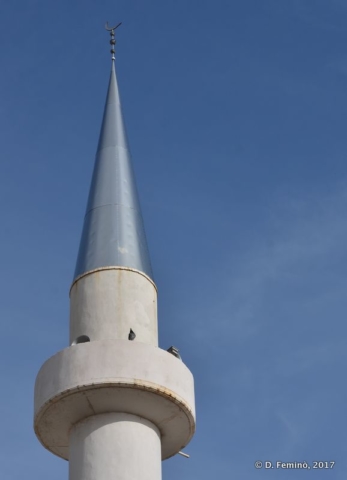 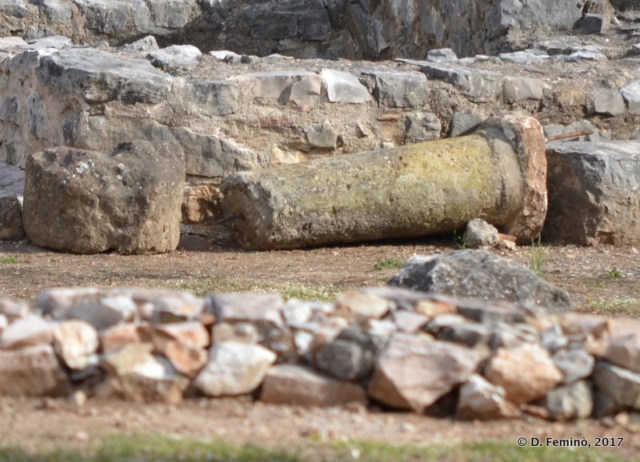 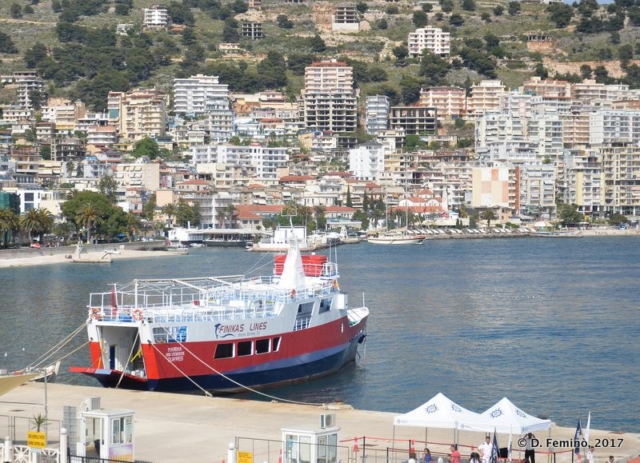 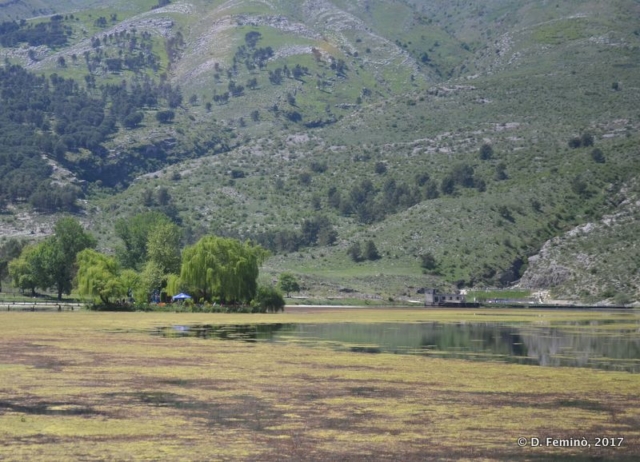 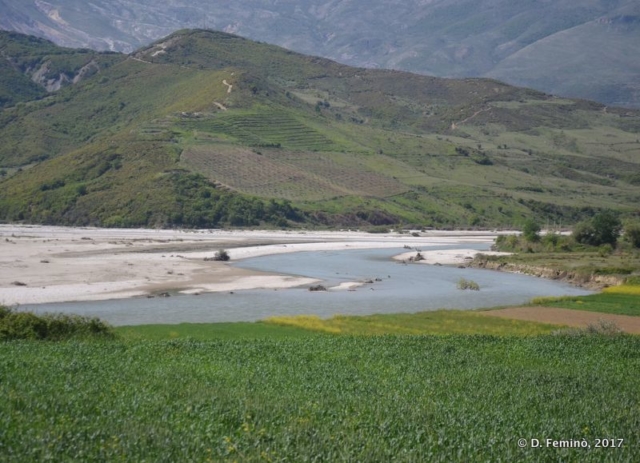 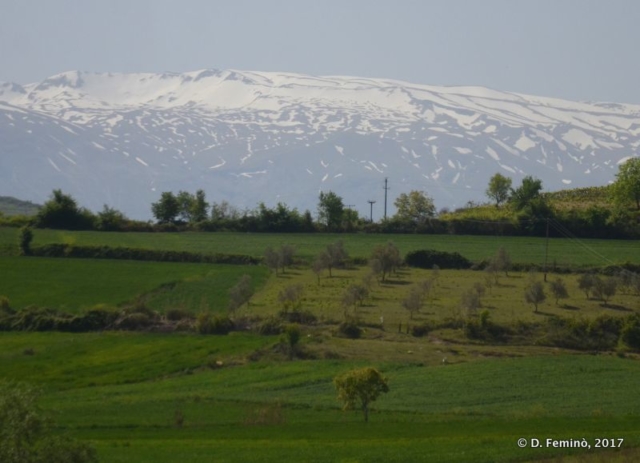 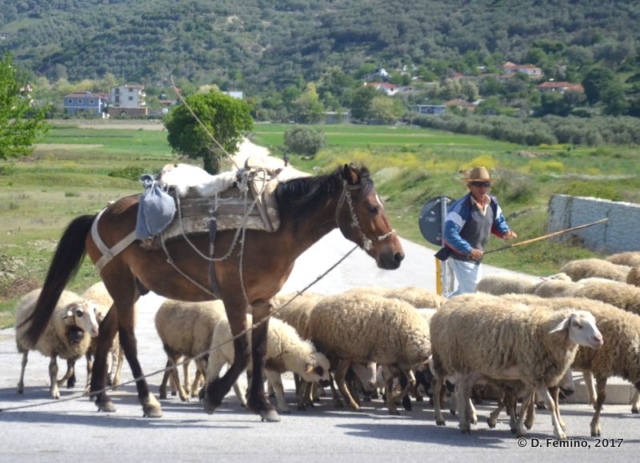 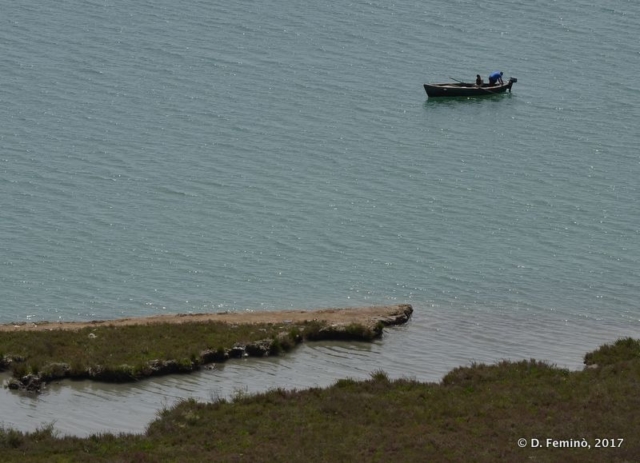 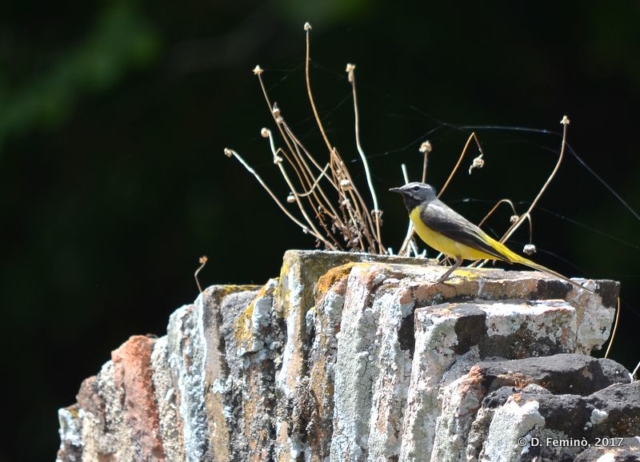 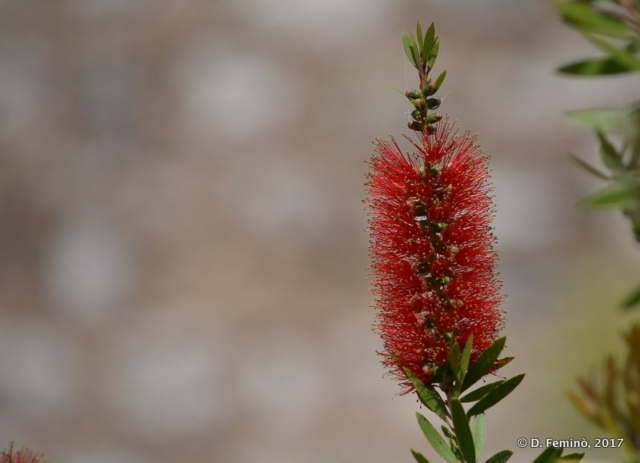 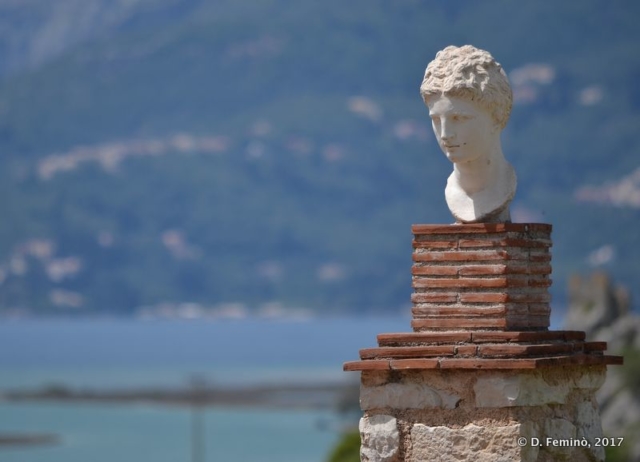 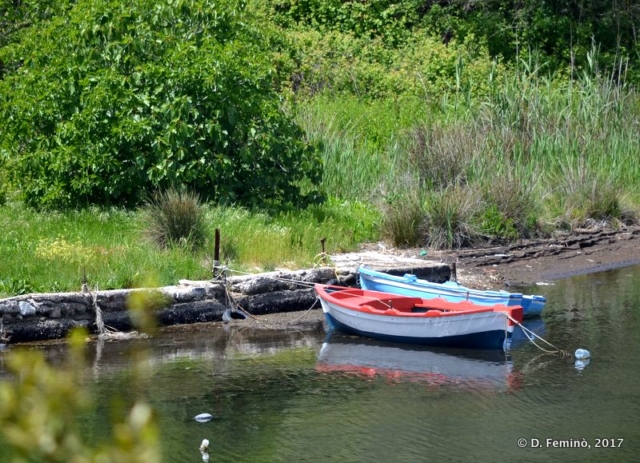 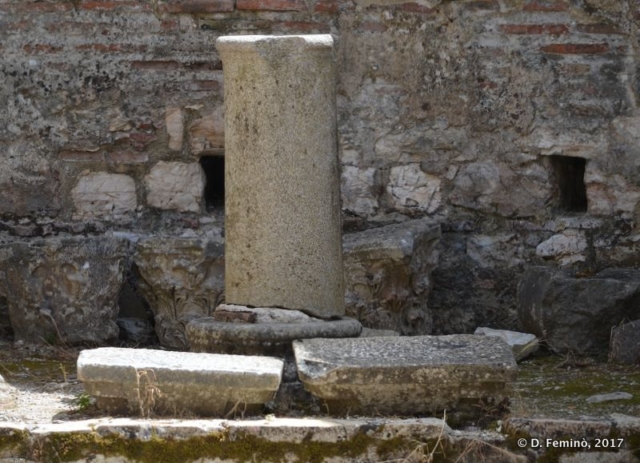 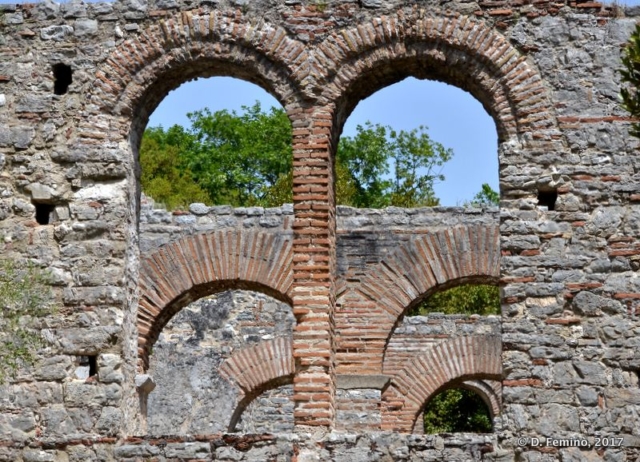 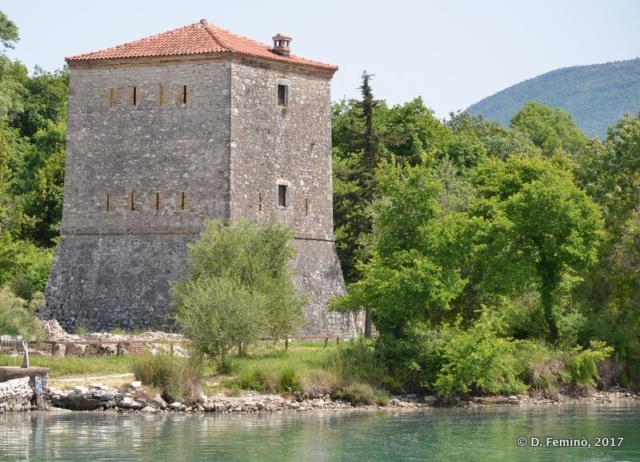 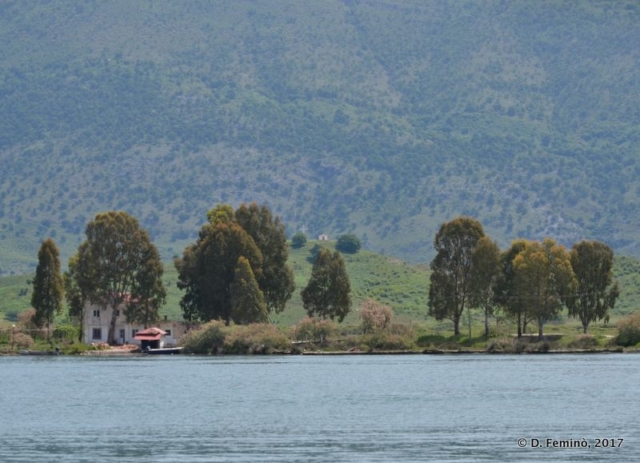 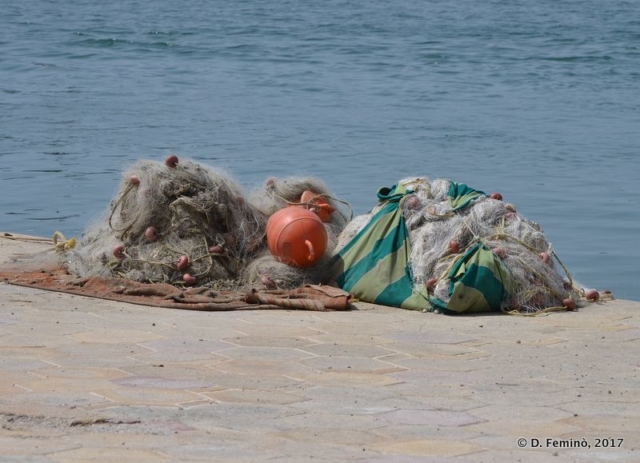 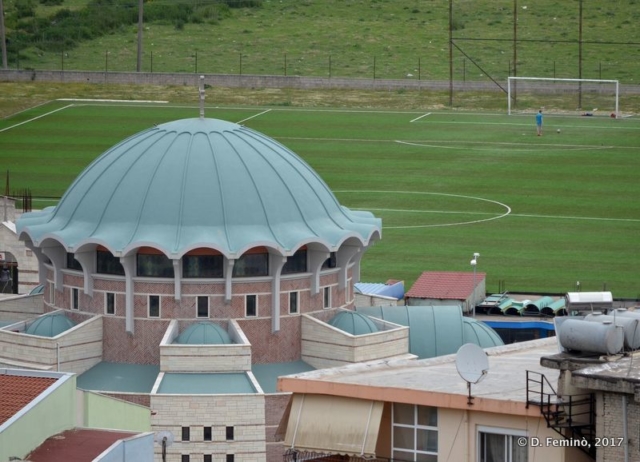 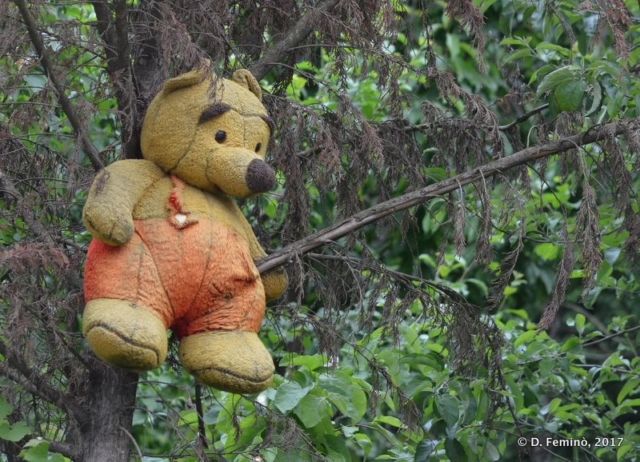 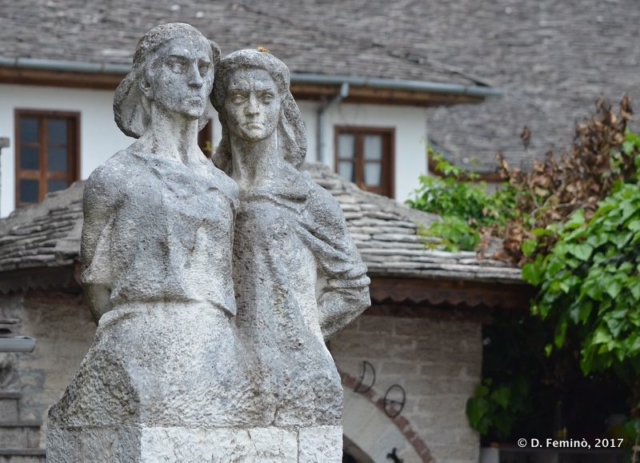 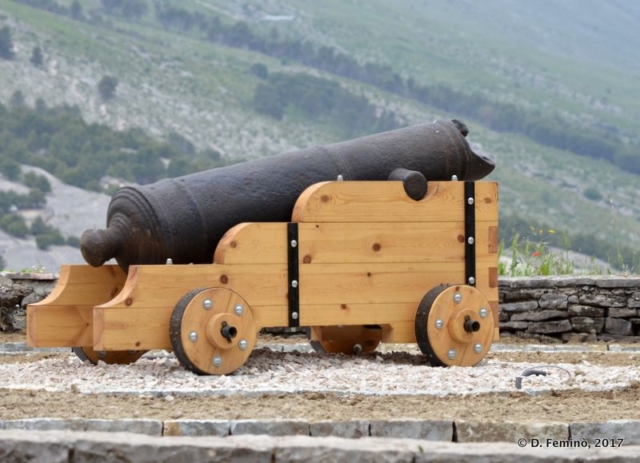 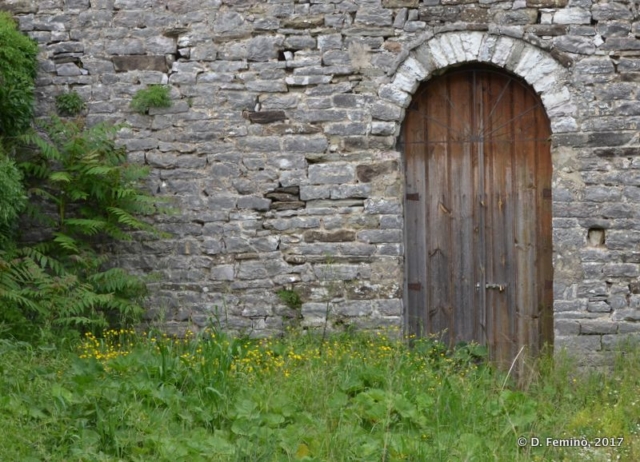 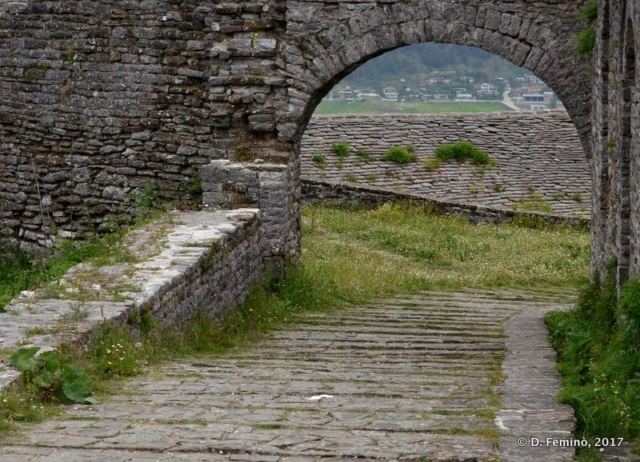 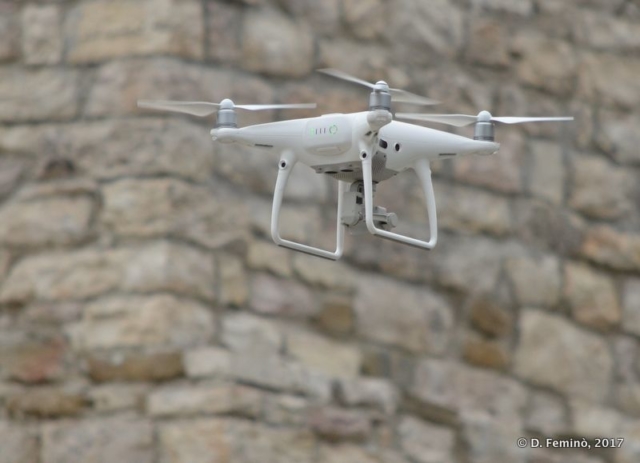 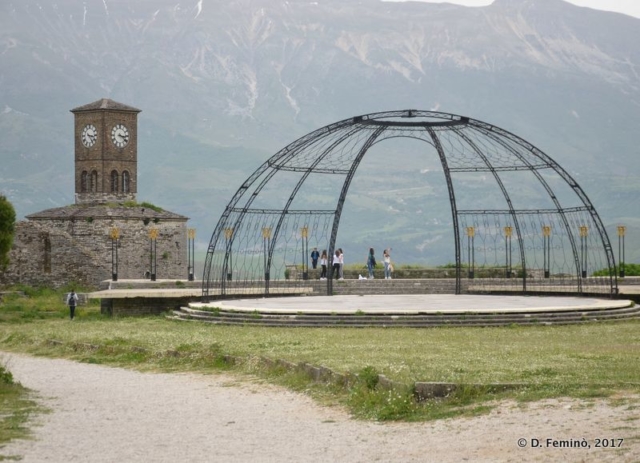 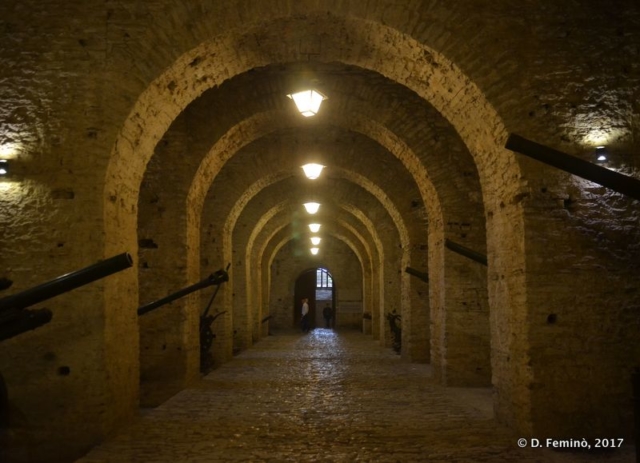 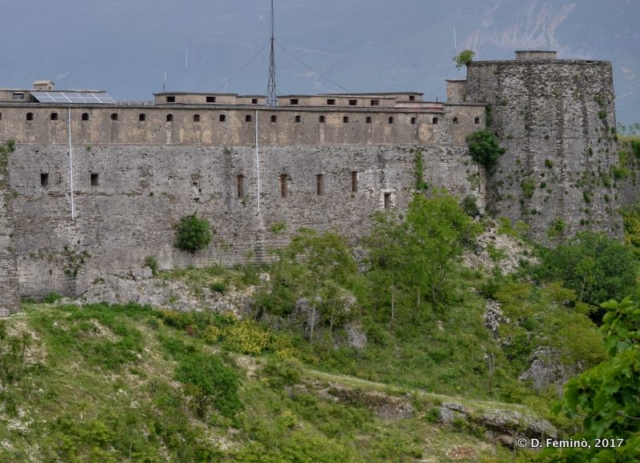