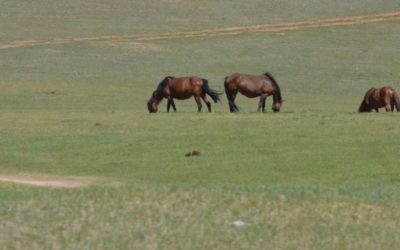 The Paris of Siberia.

Irkutsk is the most beautiful town on the Trans-Siberian route. I really love this place. It is joyful and full of life and its size is still “human” with a population of about half a million people. It was known as the Paris of Siberia.

Of course nothing to do with the French Capital but surely a huge difference from most of the other towns along the TransSib way often lacking of such a warm soul. To me are also lovely the small trams connecting the railway station to the centre that is located on the opposite side of the river Angara. I reached Irkutsk early morning, 6:00 AM local time, after the longest train ride so far: almost 20 hours from Krasnoyarsk. However, in the end the trip was not bad.

I was in the Kupè that now you should know what is if you read already the first part of my report on Trans-Siberian. I had as compartment mates two Americans, father and son. Fourth berth was left empty. Arriving in Irkutsk so early is not an issue because I had arranged in advance a super early check-in with my Guest-House that is located right in the Irkutsk’s Arbat. Yes they also have here “Arbat”, not Champs-Élysées in spite of its nick-name. I’ve spent in Irkutsk more or less two days: one before, the other one after my trip to Olkhon Island but I prefer to tell you everything in one single post to make it more effective. Please then find my personal list of things to see in this beautiful town. Some more personal remark is at the end of the post.

A long visit to Irkutsk.

The short Uritskogo street has been for long time the pedestrian area of Irkutsk. It is not comparable to similar street in Moscow or Kazan but nevertheless is pleasant to stroll here among buskers and some nice shop. At the end of it there is the central market. Is not very interesting from a tourist point of view being not particularly colourful so my suggestion is to go through it quickly unless you really need to buy something. Once out of the market turn right toward next sight.
Raising of the cross church.

A nice 18th century church, one of the best example of Siberian Baroque style, surrounded by trees. The interior of the church didn’t impress me too much but maybe this is because of the many churches seen so far during my trip. What I like, instead, is the church’s courtyard with gardens and a nice wooden house. Talking about wooden houses, it should be clear now that I like them a lot and I like especially their window. Well for who have same passion, Irkutsk is a true paradise since the entire town is filled by timber buildings.
130 Kvartal.
If Uritskogo street was the old pedestrian area, the new one is this brand new shopping district of triangular shape,

called simply “Quartier 130” and made of only wooden houses (again), some restored and moved here from original location, other ones just built here in old style. Houses host restaurants, cafes, some museum, one hotel, several handicraft shops and also some administrative office. Most of the shops are instead located in the only modern building of the area: a four-floors western style mall. Entrance to the district is marked by a statue of “Babr”, the mythological Siberian Tiger (Babur in Persian means tiger) symbol of the town. The statue has a sable in the mouth and to be honest I don’t know meaning of this metaphor, if there is any.
Angara river bank.
I have to say that I was quite lucky because the first day, it was not just a normal Saturday but it was also

the yearly youth day (“День Молодёжи” in Russian) and because of that there were a lot of performances, concerts and games all around the town but mainly in the area near the river in the historical centre. From this part of the town are also easily reachable the green lungs of Irkutsk: two islets, but maybe it would be more correct to call them peninsulas, of Yunosti and Konnyy. All around there were many boys and girls with spots of paint on their faces and body, likely for some colour battle. Ice-cream sellers are ubiquitous as also the feeling of happiness that pervades the town.
Kirov square and Saviour’s Church.

Kirov square is big and serious and I can’t say I liked it but just behind it there is the beautiful Saviour’s church. Well, to be honest even if the church is undoubtably nice is not so different from other ones I’ve see during my trip. What it made it so special to me it was the chance to attend a beautiful exhibition of a lady playing bells on the top of the bell tower, unfortunately too far for my video-cameras but at least not too far to record the sound so you can hear a little less than a minute of it (in the end is a bit monotonous) here below.

Instead I walked in spite of 40° but this way I also had the chance to see the Moscow Triumphal Arch standing on the riverbank more or less where Irkut join the bigger Angara. This arch was recently restored after being dismantled in 1925. The Znamensky female Monastery is located much farther in a bad place next to a busy roundabout but it’s worth to come here. In the church I had also the chance to see an incredible exhibition of a choir creating an absolutely magic atmosphere. I would like to get you into that beautiful atmosphere with following recording. Nuns are so good that, ignoring some background noise, it doesn’t seem a live recording made with my iPod but a more professional one.

Cathedral of the Kazan Icon of the Mother of God.
Last but absolutely not least is the sight I consider the best. Almost protecting with its impressive size the nearby Kazan Market,

the Church of Our Lady of Kazan is in my opinion the most beautiful of Irkutsk. It is not so old as it was built at the end of XIX century but it has sparkling colours emphasizing the Byzantine style decorations. Unfortunately is a bit out of town centre but it really deserves the effort of coming here. The church is also known for having the Irkutsk’s largest bell. Colours of the light/dark blue chess domes and the walls are really shining and the reasons is probably that they refresh the paint often. Also here in fact, as it already happened to me in Kazan, I saw people in action painting the roof of the church.

In general I have the impression that relationship with towns is like the one with people. If you are positive and open you will be rewarded.

This surely happened during my stay in Irkutsk where the town gave me really a lot and I loved it. I think that anyone traveling in this area should stop at least a couple of days here. I enjoyed the first full day I spent here, arriving early morning but I also exploited the half day I had after coming back from Olkhon Island. This is a place where really you don’t feel like being more than 5.000 Kilometres from Moscow. Let’s now talk a bit about food. I ate both times in the 130 Kvartal district. One of the two days I went to a Georgian restaurant (I should count how many times I did it while in Russia and Ukraine) but on the other evening I had the chance to eat the Omul, a kind of fish living only in the lake Baikal and I have to admit it was delicious and also the restaurant, in Russian old style, had a very nice ambience. As maybe you know already Irkutsk is the perfect base for Lake Baikal and then next post will be about Khuzhir and the Olkhon Island. Now, please take a look at the picture gallery you can find here below. 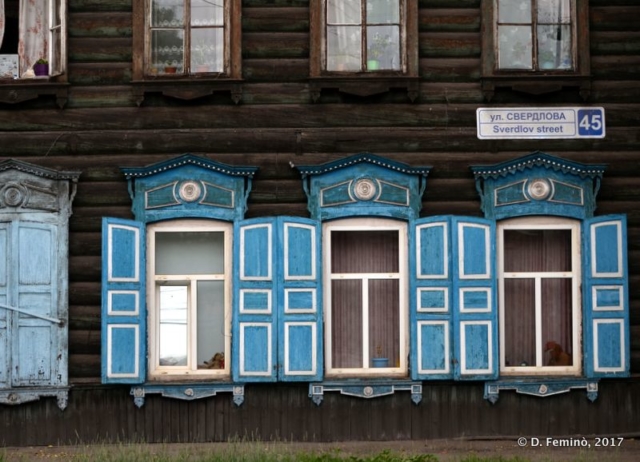 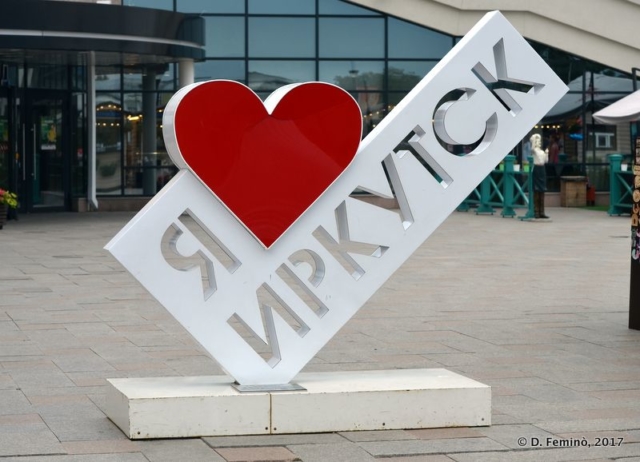 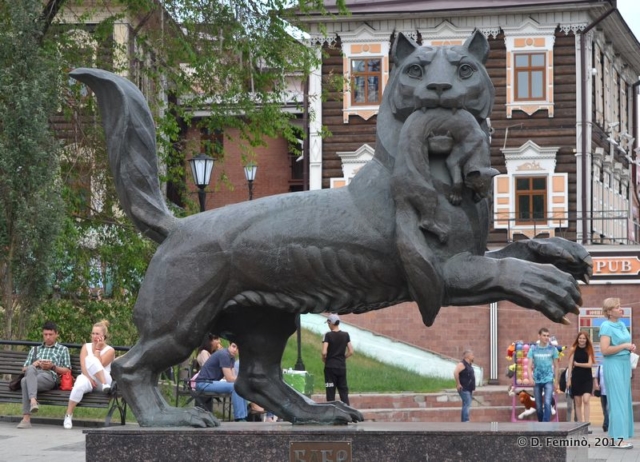 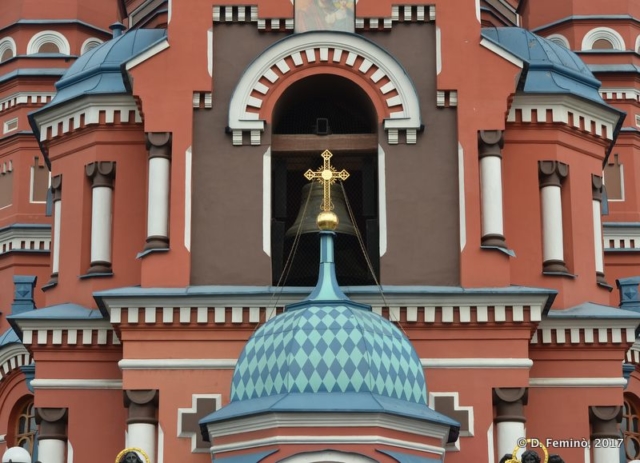 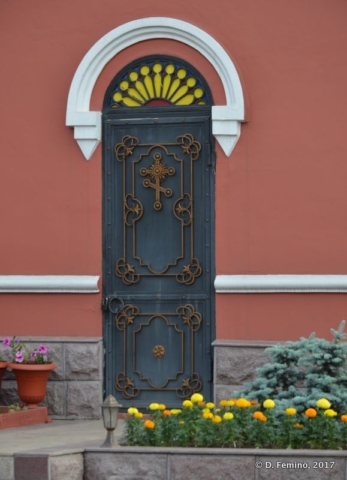 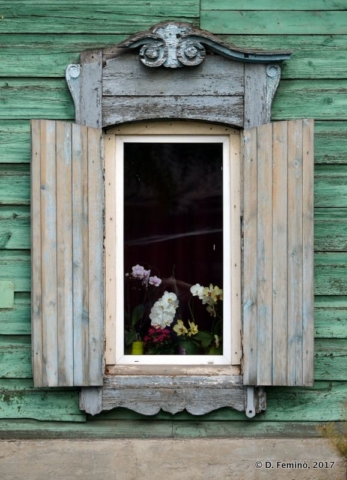 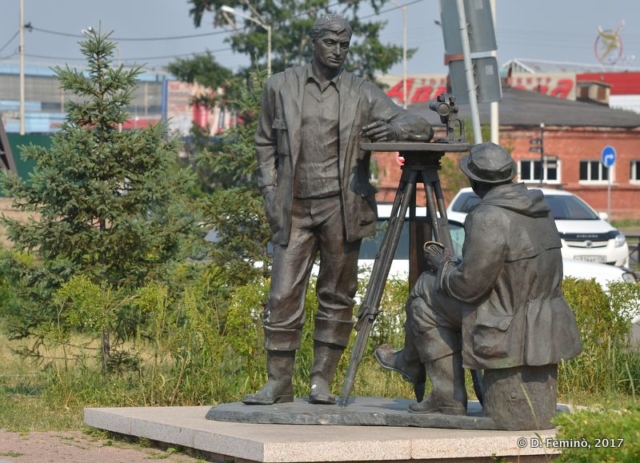 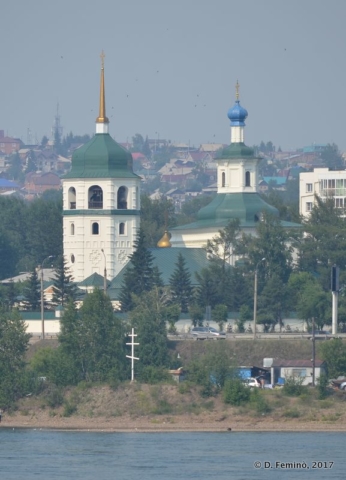 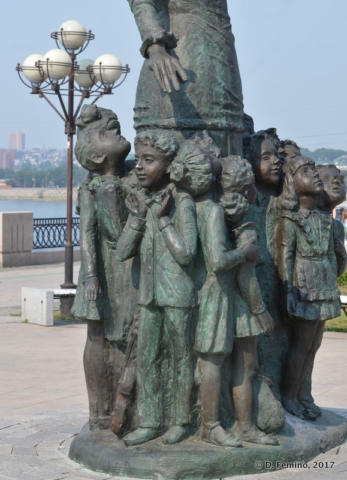 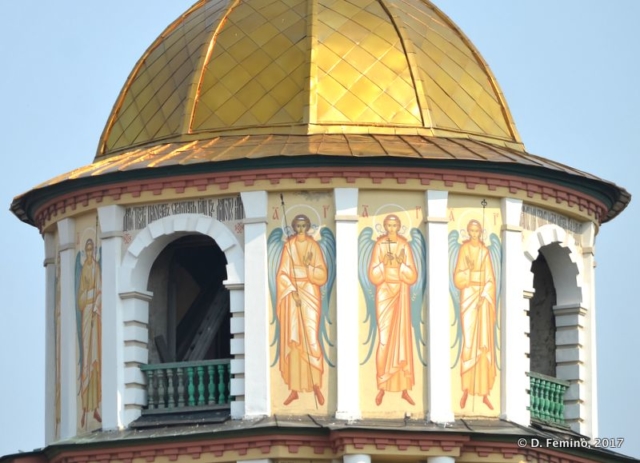 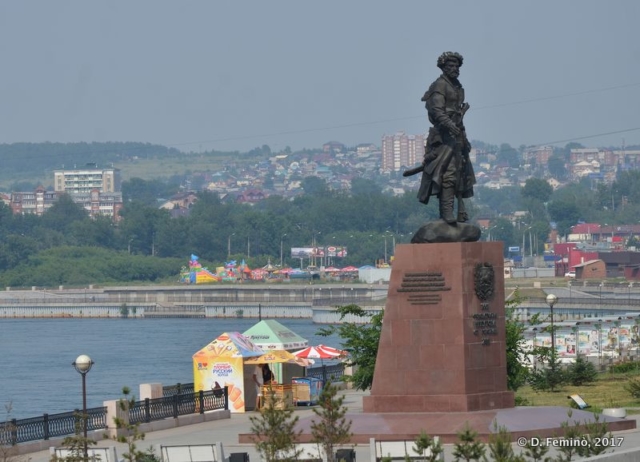 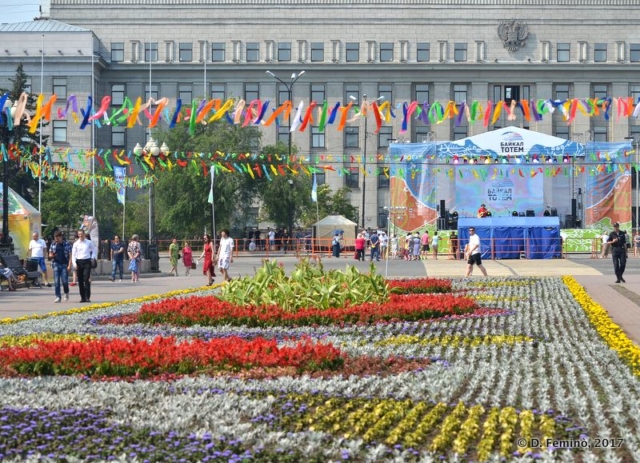 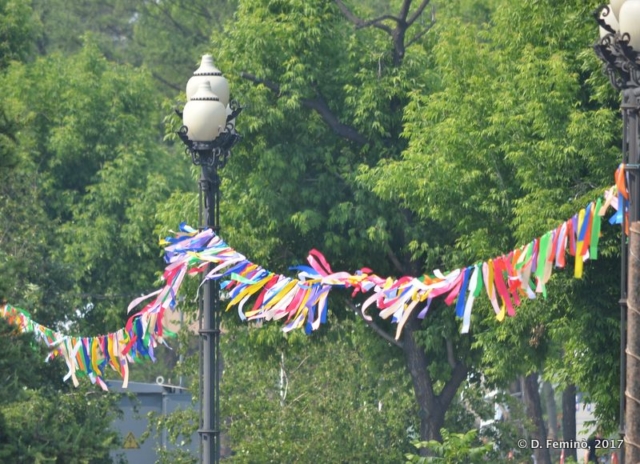 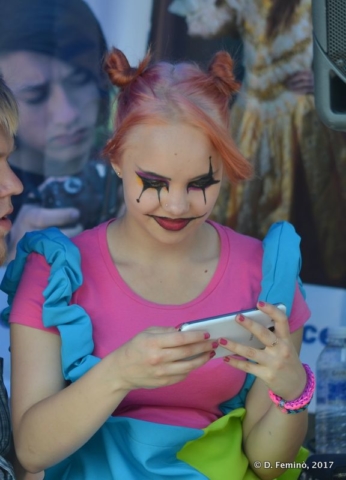 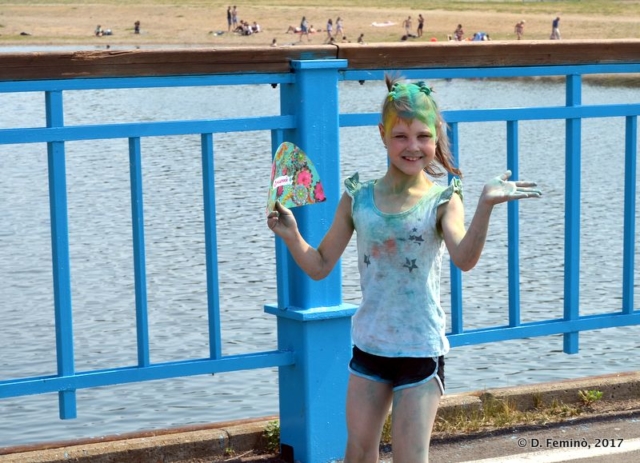 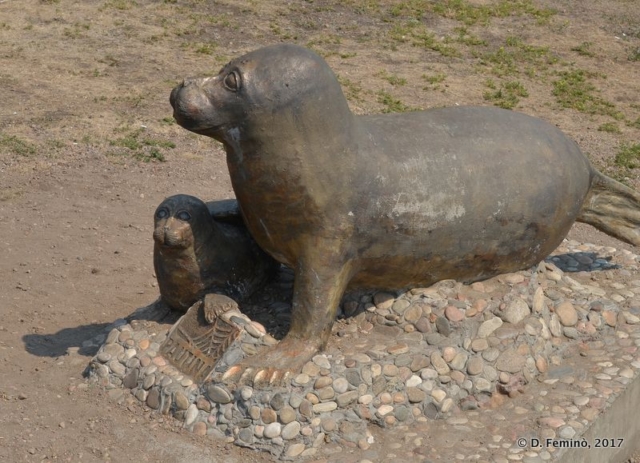 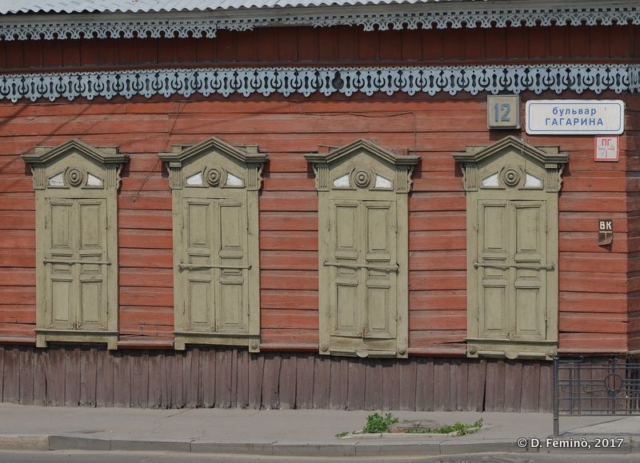 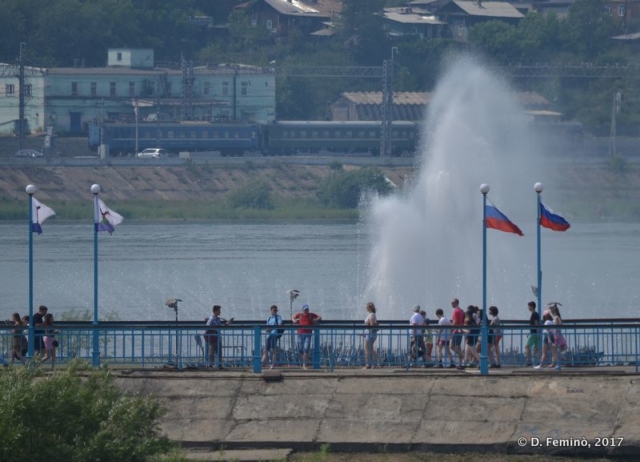 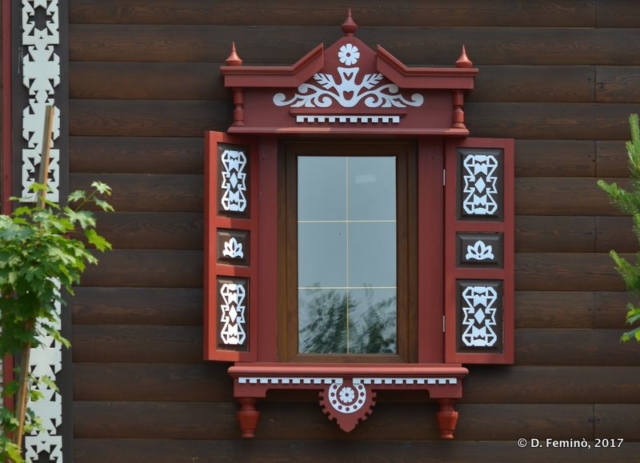 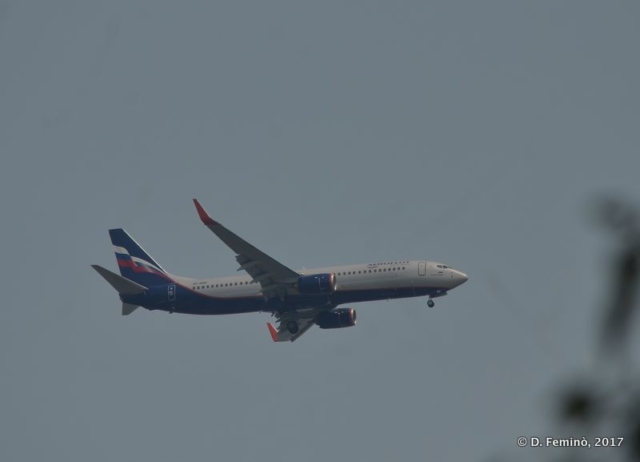