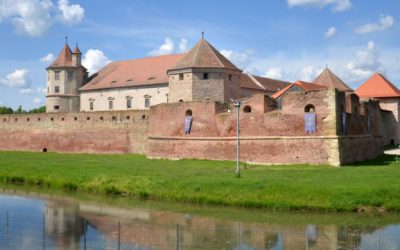 A bus pretending to be a train.

Once again I need to wake up early to catch a mean of transport but this time I’m a bit more happy because I don’t have to take again a bus but finally a train.

There was a very famous writer from my land: Sicily. His name was Leonardo Sciascia and he was probably the first one to unveil the philosophy and the criminal approach of Mafia in literature. 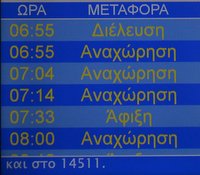 A great writer that I mention here for a quite silly reason. It is said that once a journalist met him in the railway station in Barcelona where he was ready to take the train to go to Sicily and when the journalist asked him why he was using train and not a flight for such a long trip, he simply replied, well, ok, but “the train is the train”. I fully agree with him. In my case, for example, there was also a bus.

It was leaving later and arriving earlier than the train, nevertheless I’ve chosen the train because it is much more comfortable. And now let’s start with the daily tale. The railway station is not a small, almost familiar station like the one in Nikšić. This one is much bigger. There is a single display listing both departures, arrivals and pass-through. This category in greek is marked with the title “metaphor” (metaphora) that in greek means transport

and of course what a metaphor does if not transporting an idea or a concept over its back? The train from outside looks really, really terrible but inside is not that bad. I’m starting to enjoy the trip, in spite of the fact that two old ladies took my place by the window. I don’t think is fair to ask them to move.

Unfortunately when the conductor comes to me in order to check my ticket he informs me that only first part of the trip is by train. Second half will be by bus (again!) and that for this reason I need to change in a place called “Drama”. Appropriate name. I’m very upset for it. Meanwhile the train goes on not following the coast but running inward among beautiful fields dashed by poppies. Someone on the train thinks I’m a reporter and therefore they call me every time there is something “interesting” outside. In a place called Strimon we have a much longer stop likely to hang more cars, or at least this is what I’ve understood from the way the train moves.

Ok, apart a lot of confusion in the change from the train to the bus, there wasn’t any drama but I’m sure you will forgive me if

I didn’t want to miss the chance for such a title…
Actually almost a “drama” occurred when, after a very long and boring trip on the highway we finally arrived in the seaside village of Alexandroupoli. I was trying to reach the hotel that was about one kilometre far from the railway station where the bus stopped, and due to the tables of all restaurants and cafes that occupy the sidewalk I was forced to walk in the street. At one moment, my presence scared a car driver that suddenly braked. I heard clearly the following car hitting it but, and I was surprise by my self for this, I completely ignored the entire event and I just kept moving towards the hotel. As they say, focused on the goal!

Well, I would not describe Alexandroupoli as a place full of interesting sights. Looking on trip advisor, we can find the lighthouse at first place as “Alexandroupoli’s

Lighthouse” and at fifth as “Lighthouse of Alexandroupoli” and this lighthouse is not even that beautiful. However I can’t even say that this one is an unpleasant town. It reminded me of some summer holidays of 30 years ago in some similar village in Sicily. You can relax drinking an ice cold coffee with a sea view or, in the evening to eat fish, next to the waves with sunset in front of you. I would say that much less is needed to be happy. Tomorrow I will leave this small paradise to reach Bulgaria.
I traveled most of the day so there are no many pics in this Alexandroupoli’s gallery. Forgive me. Here are the few ones I’ve taken. 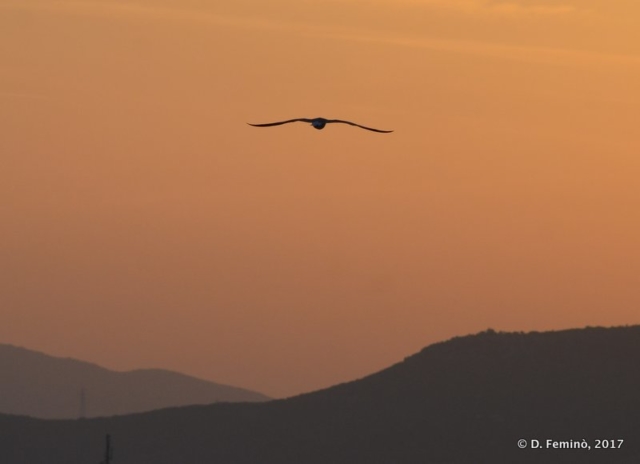 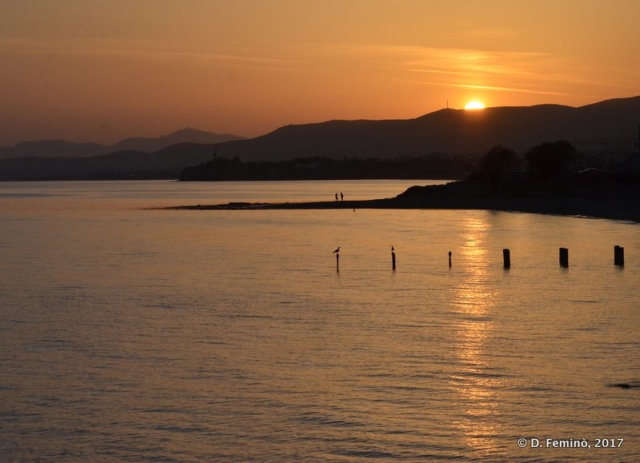 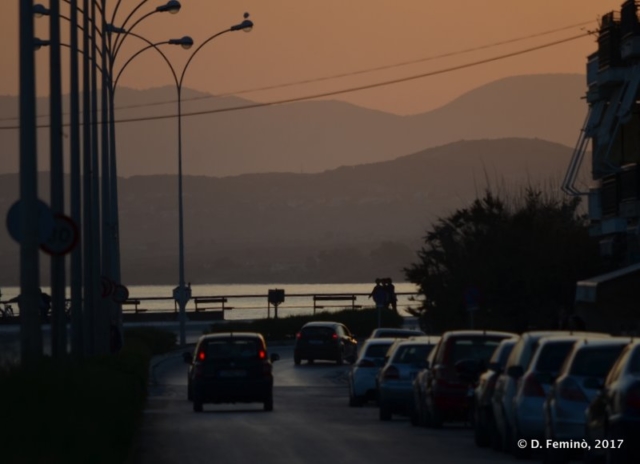 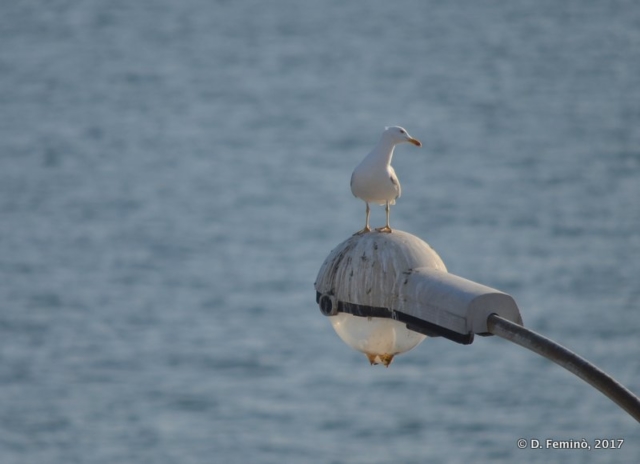 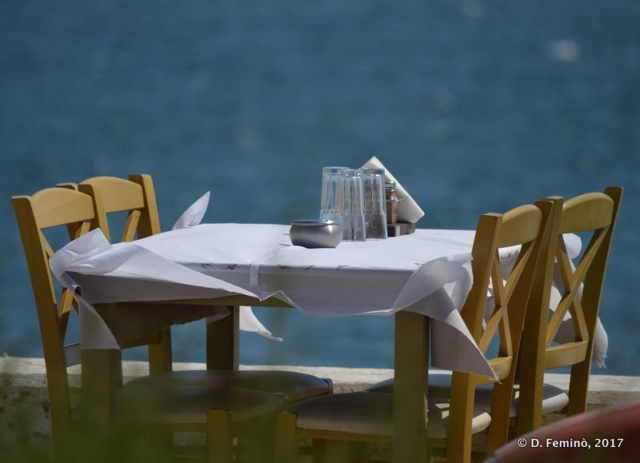 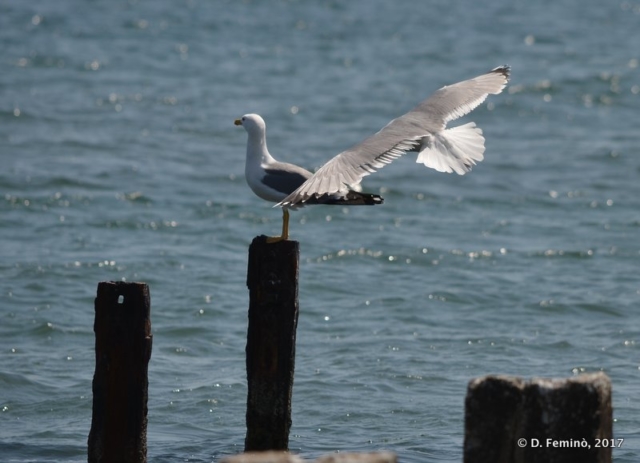 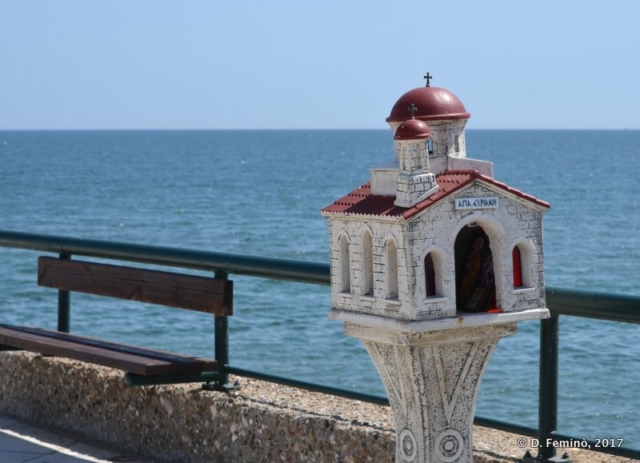 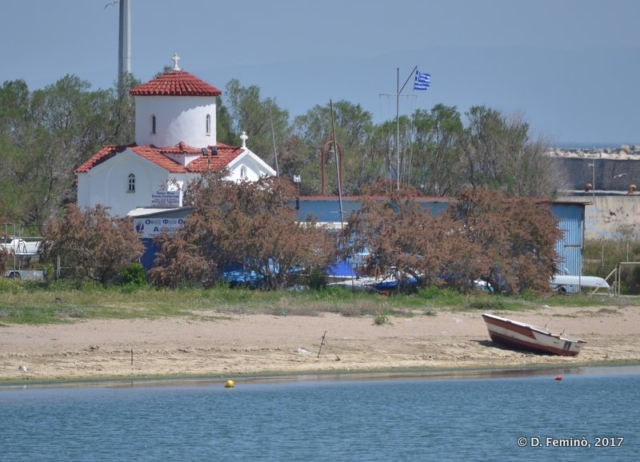