Palace of Culture and Golia monastery.

Today there is a beautiful sun shining out there so I don’t want to waste my time so, as soon as I wake up, I head to the centre of the town. I start my tour from the Palace of Culture square where I’ve been yesterday evening.

Walking to the square I notice the nice Lipovan church on my left. The golden roof shines under the sun and the pink façade makes a perfect contrast with the blue sky. Unfortunately is closed. From here there are just few steps to reach the square and I have to say that with the sunlight is even better than in the evening. Today is Saturday and there is a very cheerful atmosphere.

A lot of family with children, music everywhere, a carousel, ice cream parlours, fountains and of course the imposing palace of Culture built at the beginning of past century in neo-gothic style. I have to admit I didn’t expect such kind of buildings in Romania especially outside Bucharest. I keep walking around the square enjoying the pleasant feeling that pervading it. In order to properly visit the town I would need a “compass” and I can find it in the tourist office that is located close to the Golia monastery, one of the most important sight of this town.

Once here, first of all I visit the monastery built in XVI century and enclosed within huge walls. Taxi driver, yesterday, told me that here those walls are part of a way of saying about the strength of local people. This monastery is located in a busy part of the town but crossing the gate is like entering in another world. Peace is sovereign here. Inside the church, walls are completely covered by frescos. The church of the ascension hosts also some remain of Prince Potëmkin, known to me mostly for the battleship named after him. Tourist office I was looking for is not actually very visible because it is located on the top of the monastery’s walls. They sell me a map of the town that elsewhere is usually free, for 5 lei.

Piaţa Unirii and some other church.

While in the sky the amount of clouds is worryingly increasing, I go in the direction of the central square called Piaţa Unirii (Union square) that is, compared to the beautiful one facing the palace of Culture, quite ugly. Nothing remarkable apart some old style hotel and a lot of pigeons.

Much better is the Bulevardul Ştefan cel Mare connecting the two squares. On this large avenue there are several interesting buildings including the Metropolitan Cathedral that unfortunately is currently being refurbished. It would be impressive since it is the biggest orthodox church in Romania. Unfortunately I can’t fully appreciate it but I have the chance to see and love the dark interiors. However I like much more the sparkling Mănăstirea Sfinții Trei Ierarhi due to its incredibly carved out walls.

Monastery is located just a bit souther than the Cathedral. This church is a great spot with its white walls and the green meadow all around. But there are many other churches to see. It is said that in Iași there are more than 70. On the same street, for example, there is also the church of Saint Nicholas, that could be considered as the oldest building in Iași, forgetting for a moment that the church was destroyed and rebuilt at the end of XIX century. Once again great frescos inside. I also look for the Armenian church but it is surrounded by buildings and the gate is closed. Enough to decide that is time to come back home.

For the evening I would like to change and to go in a some good local restaurant and there is one I’ve found on Trip Advisor. While I was resting in the hotel it rained quite hard but now seems to be better and I’m confident that I will reach the restaurant without problems. Unfortunately tonight I’m in the mood of doing experiments with local transports and results are not so good. At a certain moment, after changing three different bus and trams I’m almost lost and so hungry that I would stop to eat in any passable place. In such a situation, to see a restaurant with a lot of people is like a magnet. This is how I end up in restaurant “Rita”, theoretically an Italian one but actually with a wide menu including also a lot of local specialties. I take the Tochitura moldoveneasca a very tasty local dish with pork meat and polenta. Quite nice is also the local beer “Silva”. Now the problem is getting back to the hotel. I have some idea but the rains that starts to fall again makes things a but harder. Nothing dramatic since in the end, a bit wet, I’m home and ready to plan my second day in Iași. Here it follows the Iași’s gallery. 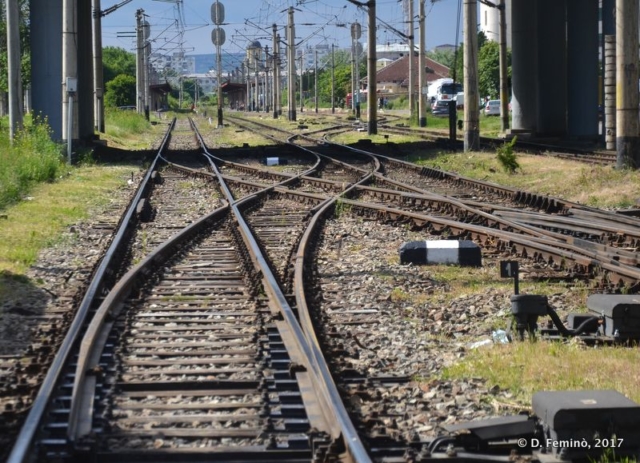 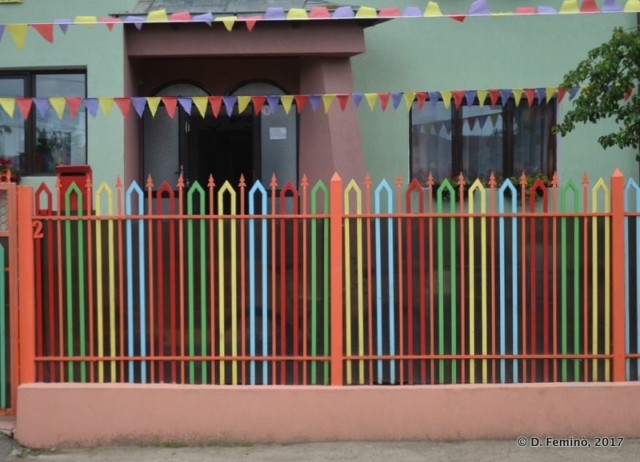 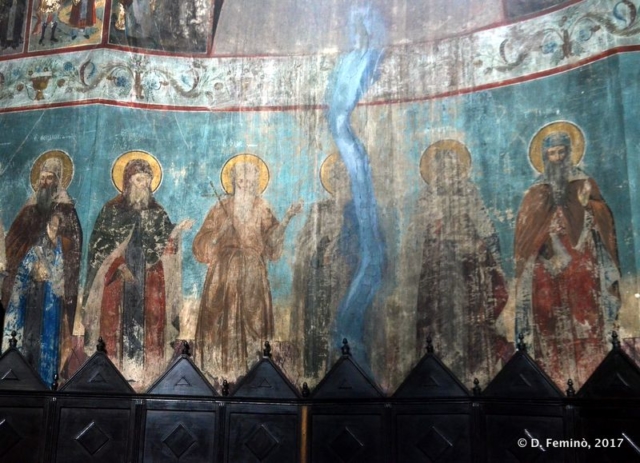 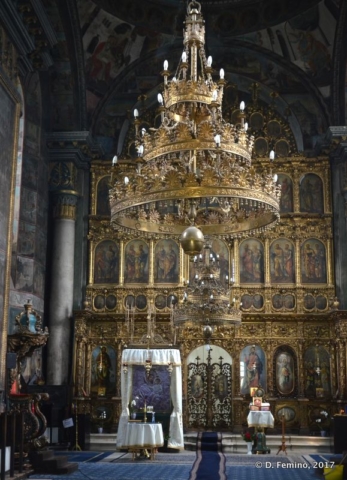 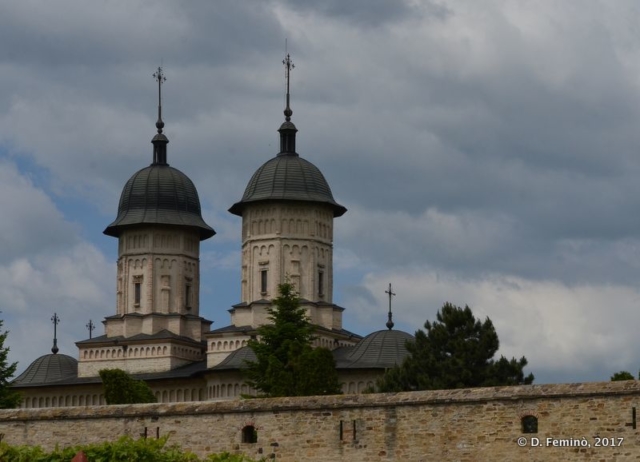 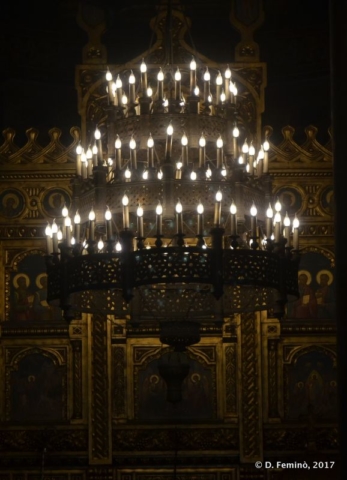 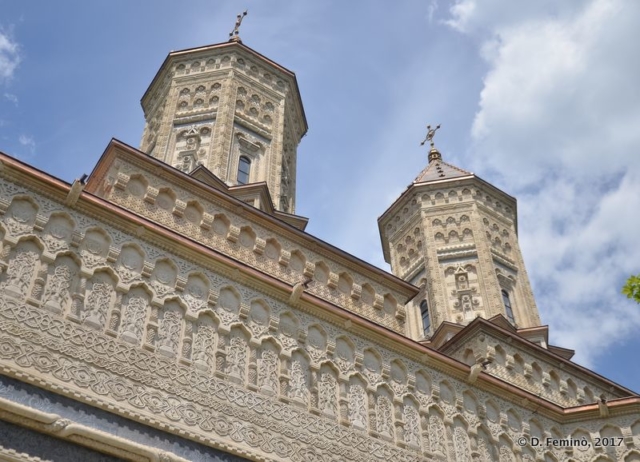 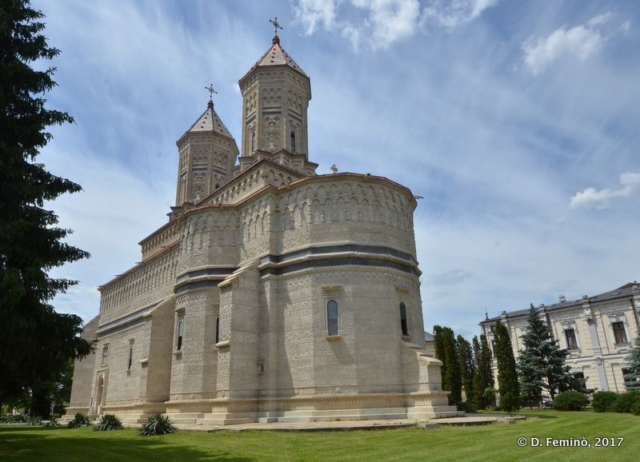 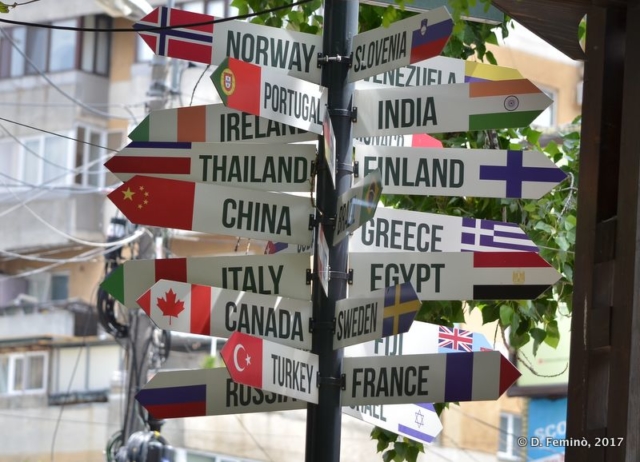 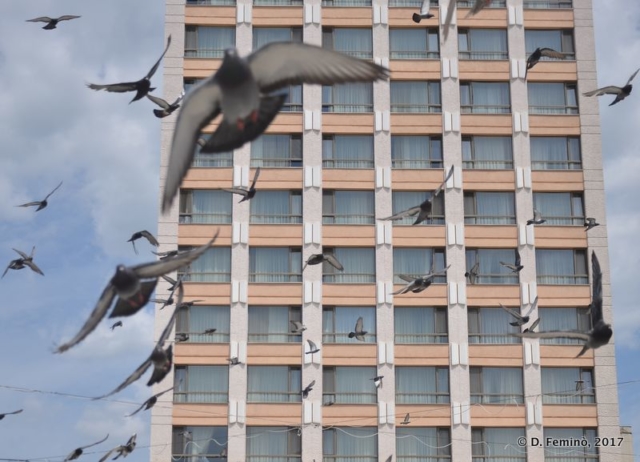 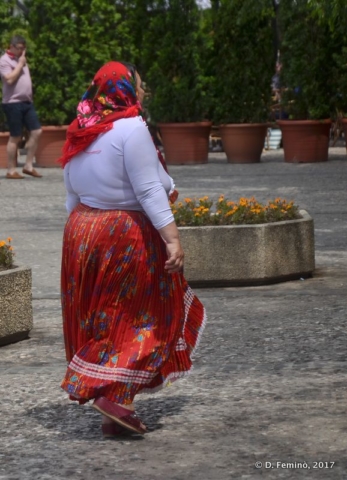 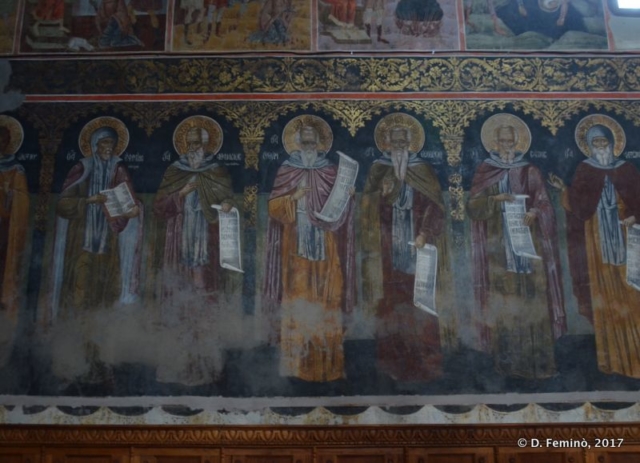 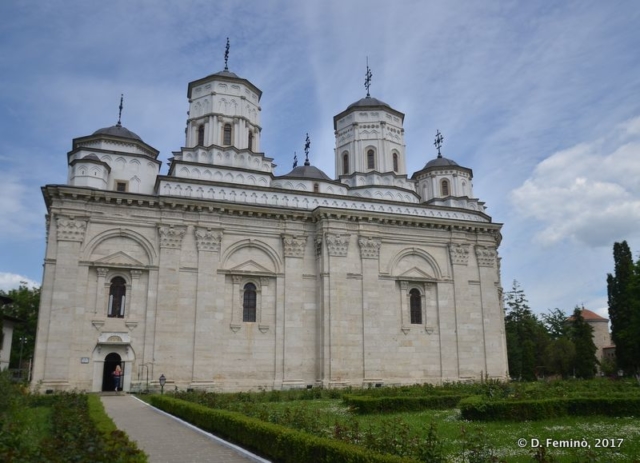 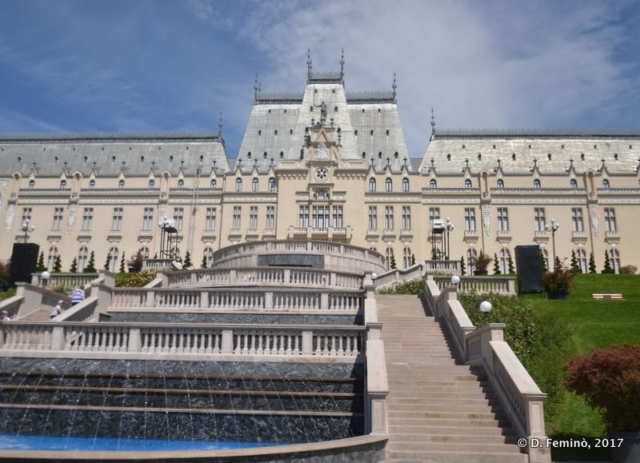