Now it is the time to tell you about Korčula that will be the last island of this Croatian trip after visiting Krk, Ugljan and Hvar.
Like for Hvar, even in this case, the name of the main town is the same of the entire island. I arrived in Korčula yesterday evening and my feeling was immediately very positive. I liked the town immediately. Today the good feeling was confirmed in spite of a weather that initially seemed to be a little bit cloudy. However I had the time to let clouds go away because this morning I was very lazy. Maybe I’m saving energies for the big effort that expects me tomorrow but I will tell you about it at the end of the post.

Korčula, on the other side, is very small and, unless you don’t take a boat, a car or a motorbike and you go on some other island or villages, if you stay here, in one day you can walk Korčula several times, exploring every single corner of it. This was more or less what I’ve decided to do. Basically what I had in mind was to exploit different conditions of light in the morning and in the afternoon in order to have the chance to get the best shoot. Old town in Korčula is a peninsula with a semi-elliptical shape oriented more or less to the north, so, in the morning the light is perfect for the eastern part and in the afternoon for the western part.
Entrance to the old town is through a gate with an impressive flight of steps. From here, going straight on the main street, is not more than 10 minutes, going slowly to arrive on the opposite side, by the sea. Since the main street is at an higher level than the sea, all the aisle, right and left, are going down quite often with stairs.

Another thing to be said about Korčula is that they’re using the Marco Polo ‘brand’ quite extensively. What happened is that, less than 10 years ago, someone ‘decided’ that this was the birthplace of Marco Polo that it is widely considered as born in Venice. Many experts, even Croatian, confirm that this is totally invented. However this is good for tourism. Now you could visit the Marco Polo’s house, there is a map of Marco Polo’s travels (quite inspiring for me, by the way) in the main square and the amount of venues with name reminding to the Venetian Merchant (Polo, Marco Polo, Milione, etc.) is incredible.


Magic lights in the afternoon

After a break, I get out for my second half of the visit around 3 PM and I can see that light is just perfect, it becomes mild and sweet every minute more and, especially following the western corniche there is a wonderful view of the old town.

I had the idea of asking about the Forteca (Fortress) and I discovered that is not far. 20 minutes walk from the centre. The fortress itself is not very attractive. The only remain is a tower that you see in the right picture. What is amazing is the view over the town. It is also interesting the forest that starts more or less where the tower is and that it seems to last for kilometres. With this regard it would be probably nice to mention that, when the Ancient Greeks arrived in the island, they call it the dark Corfu (Kerkyra Melaina) because of the dense forest.


And now better to rest.

Sharing the gallery of Korčula I complete this post that is maybe a bit shorter than usual. Tomorrow is going to be a very though day. From Korčula I have to reach the town of Orebić in the Pelješac peninsula and this should not be that difficult, there is a ferry. Problem is that, once in the peninsula I have to cross it in order to reach another harbour town called Trpanj and apparently there is no public transportation. However, difficulties are not over, because from Trpanj I will reach Ploče by ferry and here I should have more or less 5 minutes to catch the bus to Bosnia. Let’s see. I will keep you informed on my twitter account. 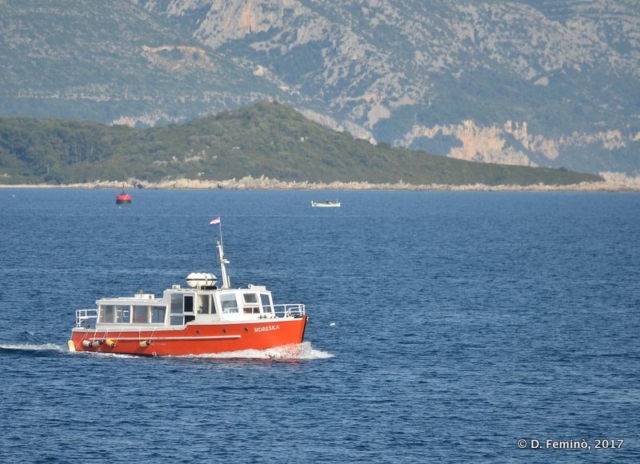 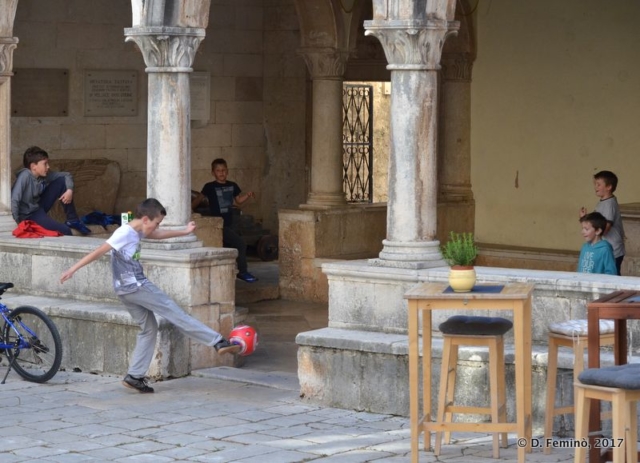 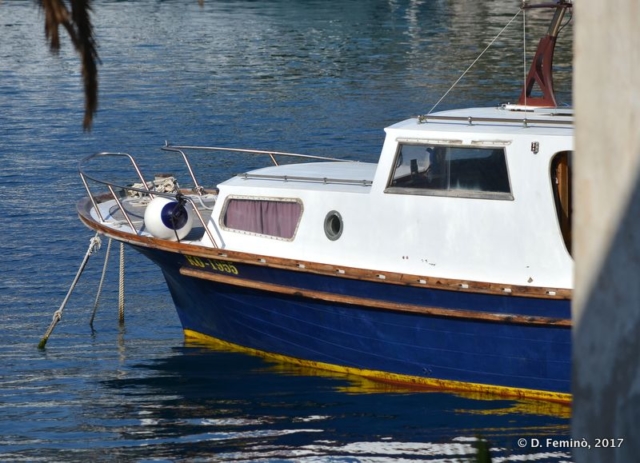 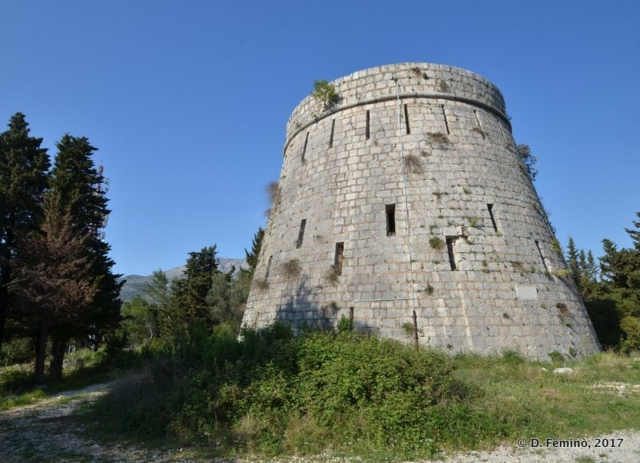 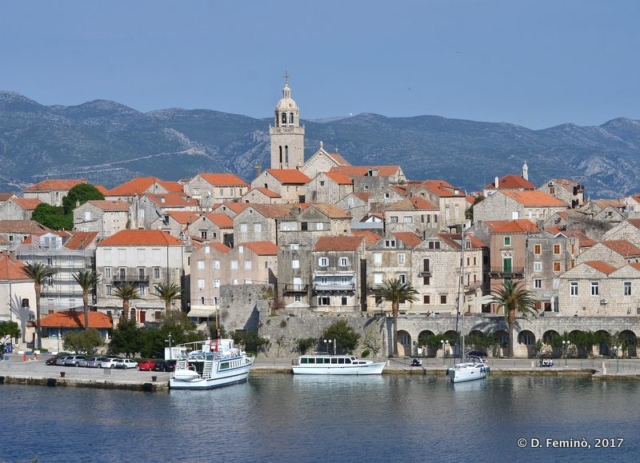 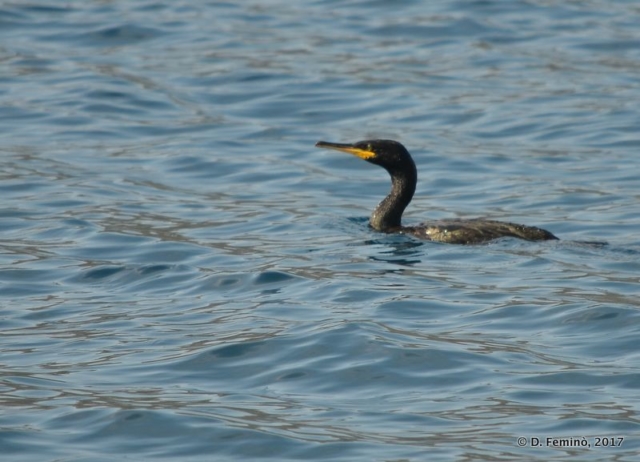 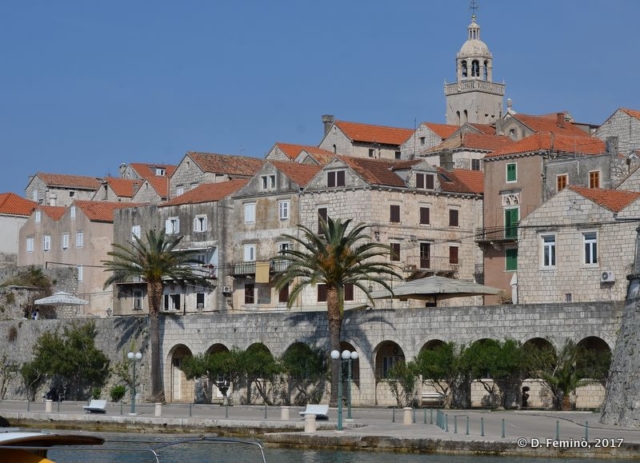 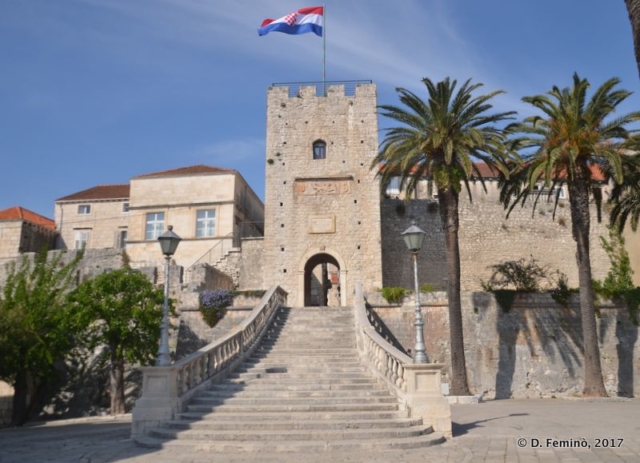 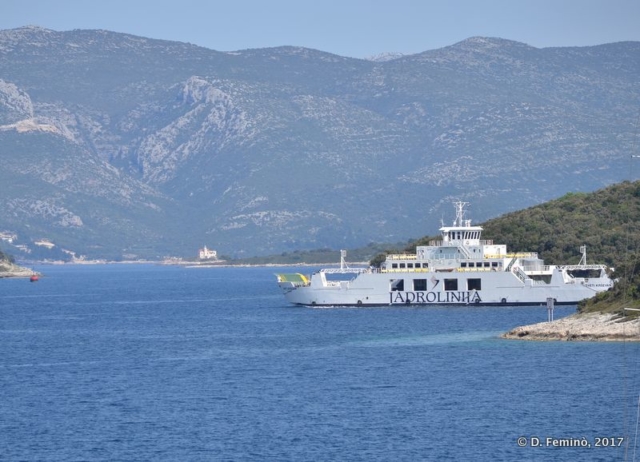 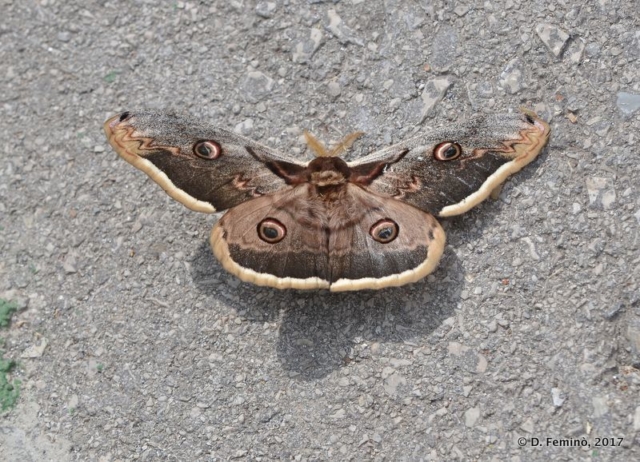 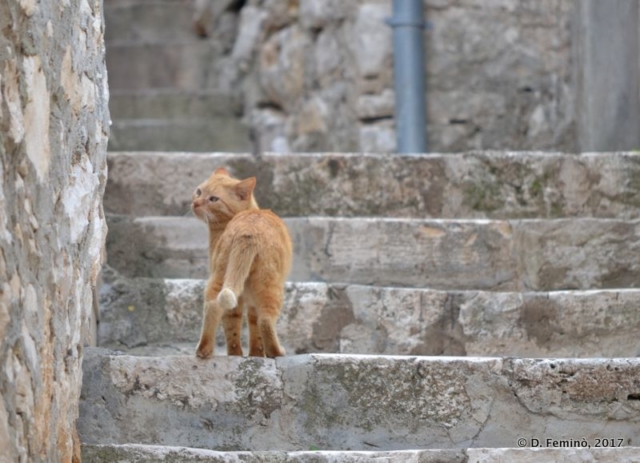 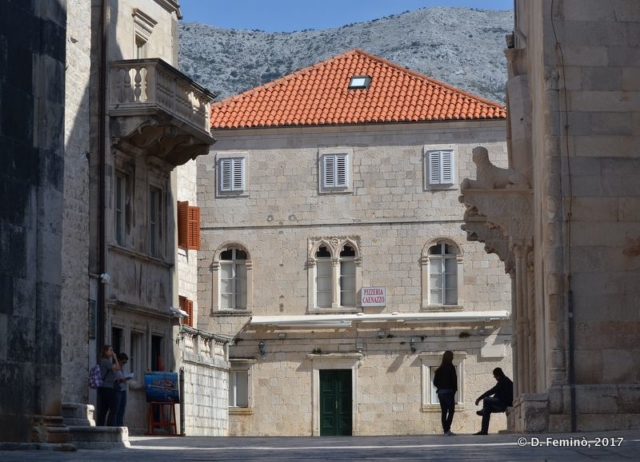 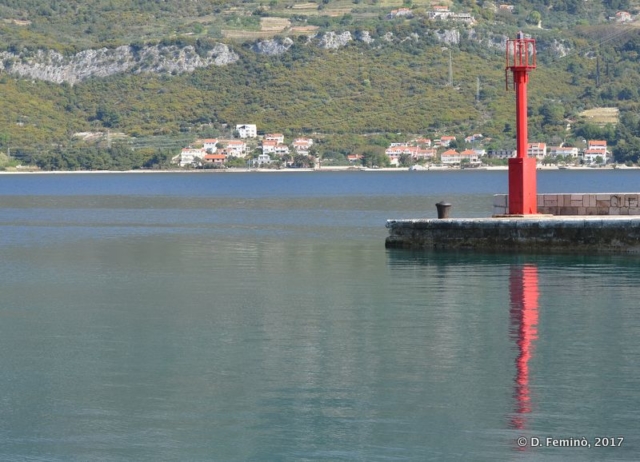 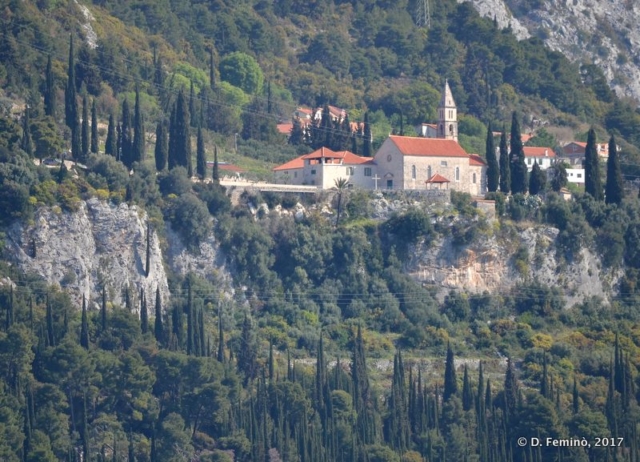 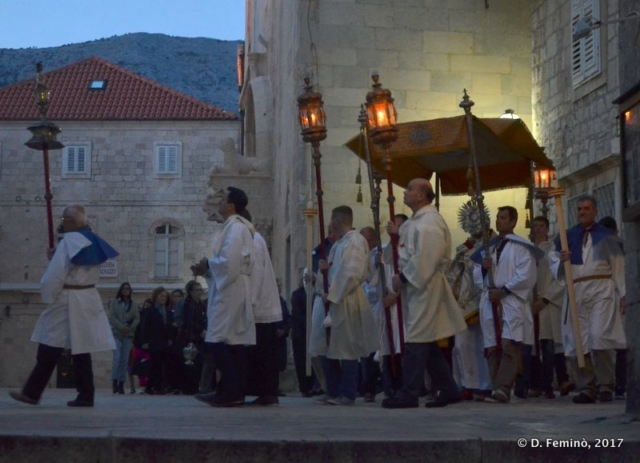