Toward the capital city.

So far, in this my trip around the world I’ve touched five countries without sleeping or eating in none of their capital cities.

In the past I’ve been in all of them even if in the case of Podgorica it was just a short break for lunch on the way to Belgrade. This time they were not on my way. Yesterday evening after a long debate between me and myself about stopping in Durrës or Tirana in the end I’ve opted for the latter and so this morning I’m going to take the bus to the capital of Albania. I had in plan to take bus at 9:00 but in the end I was ready by 8:15 so I tried to get an earlier bus that was unfortunately full so I reverted to my original plan and I spent the time for having a proper sweet breakfast at the Pasticeri Oraldi.

Finally now I’m comfortably sitting in a decent bus and Tirana is only at two hours distance.
Landscape from the windows in the beginning is quite nice with cultivated fields and mountains on the horizon then becomes a bit boring. The more we are closer to Tirana, the more I have the impression that the order and peace of the countryside leaves place to the confusion of the urban areas. Honestly I guess it’s a mindset because I know already Tirana and I always found it chaotic. Meanwhile the bus goes on regularly I’m thinking about my plan for the day. First of all I would like to reach the B&B than to go to say hello to some friends and the to use the afternoon to go to visit the nearby town of Durrës. It looks to me quite feasible. Bus should be in Tirana around 11:30.

When we are already in the urban area of Tirana, where the road from Shkodër merges with the one coming from Durrës and the airport, bus slow down and then stops. I think about some bottleneck due to the crossroads but when the driver says something in Albanian and most of the people leave the bus I understand that it should be something different. Someone explains me that there is a political demonstration of ‘the opposition’ downtown Tirana and for this reason we need to wait at least one hour. With my huge luggage I can’t leave the bus and go to the centre that is at 5 kilometres on foot so I wait.
Time is passing and sometime the driver restarts the engine and at the same time my hope of reaching Tirana but very often it shut it off again without moving by not even few centimetres.
The zen of the around the world traveller needs to be challenged.
Finally, I notice that on the road up there, the one coming from the airport, there are no stuck cars anymore, sinked by traffic that starts to flow again. The bus engine starts, we move by centimetres, than meters and then… I’m in Tirana.

I know very well Tirana since I’ve been here for business reasons in several occasions, that’s why, I will not spend time to visit it. My idea, as I’ve said, is to go to Durrës and be back in the evening. Before of it, however, I want to go to say hello to some friends so this is the first thing I’m going to do as soon as I get out of the hotel. After almost a month of travelling alone, to see well known faces and meeting them would make me happy. With them time runs fast and I started to think that maybe I will not be able to visit Durrës in this around the world trip but honestly I prefer to stay where I am.
However, during the chat, at certain moment I say that I had in mind to go to Durrës and one of my friend tells me that actually he has to go there for business reasons, so we could go together. Well, this is a great news so it seems I can get both goals: greeting my friends and visit Durrës. 🙂
By car, Durrës can be reached in about 30 minutes, maybe less. Considering that the two towns have a lot of commuters moving from one to the other, it would be great to have a shuttle train connecting them but unfortunately railway station in Tirana has been closed some time ago. In any case I’m lucky and I don’t need the train. I’m finally in Durrës, near the harbour, ready to see what the town has to offer.

This town, is quite important for the economy of the country. First of all is the second largest city and furthermore is the most important port. From the historical point of view,

it had a glorious past in the Roman times when it was the starting point of the Via Egnatia, the roman road leading to Istanbul, at that time known as Byzantium.
Of all this glorious past there’s not much remaining. There are walls and rampants and within the area there is still the amphitheatre but the sits, once able to get up to 20.000 people, are almost gone and the entire area is surrounded by modern buildings built next to the ruins. The most remarkable thing to see in the theatre is some part of mosaic. Town should have been great even only some years ago when from the hill you could have seen the nearby peninsula extending into the sea but there was a crazy growth of the town, without any building development plan.
I’m maybe depicting Durrës as a nightmare and actually is not.

Up on the hill there is a nice park full of pine trees and some viewpoint on the former rampants. Furthermore the town has a very relaxed atmosphere, better felt in the small city centre and along the sea side promenade where is great to end the day drinking a beer while enjoying the sunset, as I’m doing now with my friend.
Once returned in Tirana I was a bit hungry because in the end I didn’t have lunch at all and I found a great grilled place where I had the chance to try some kossovar smoked beef skewer and other local grill specialties and this way my first (partial) day in a capital city has gone.
The following gallery contains pictures of Durrës. 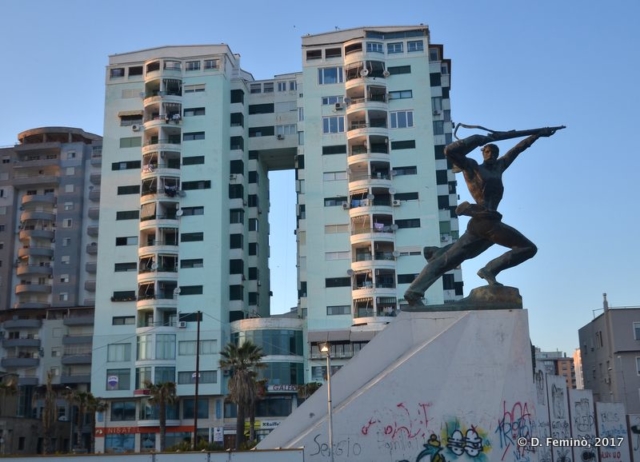 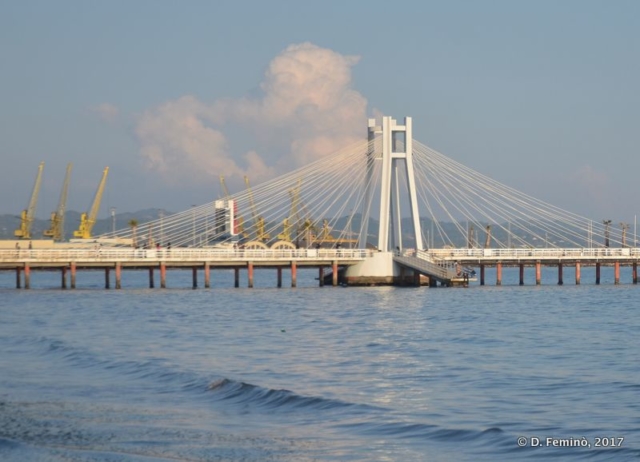 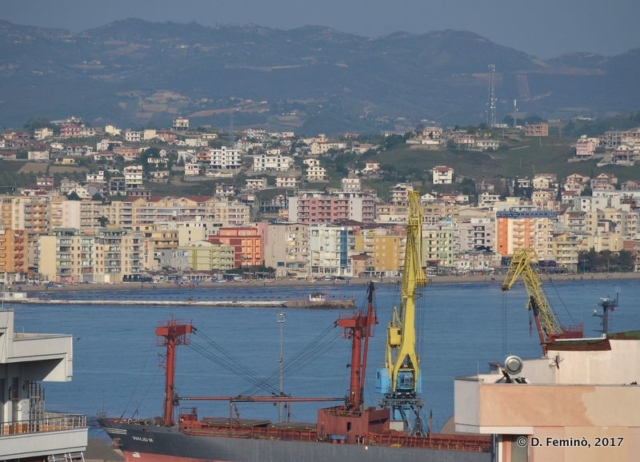 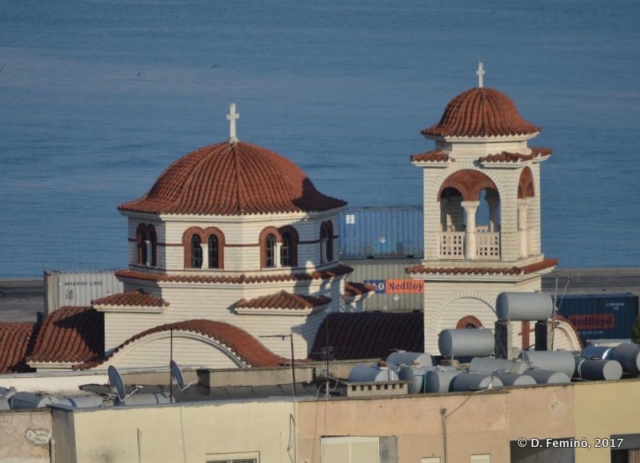 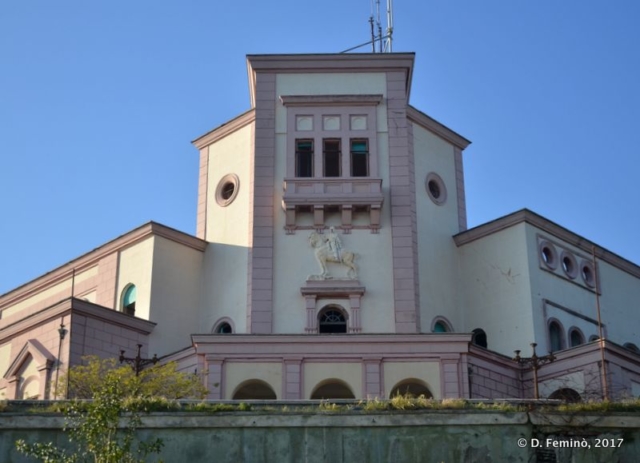 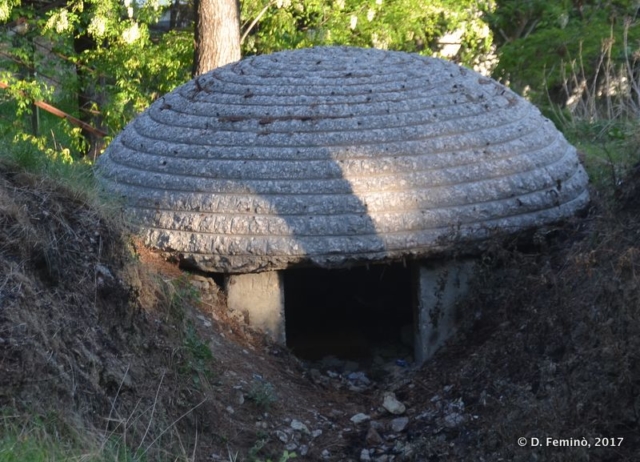 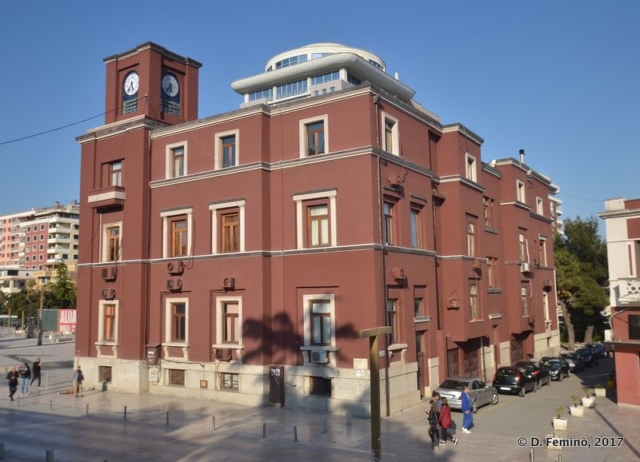 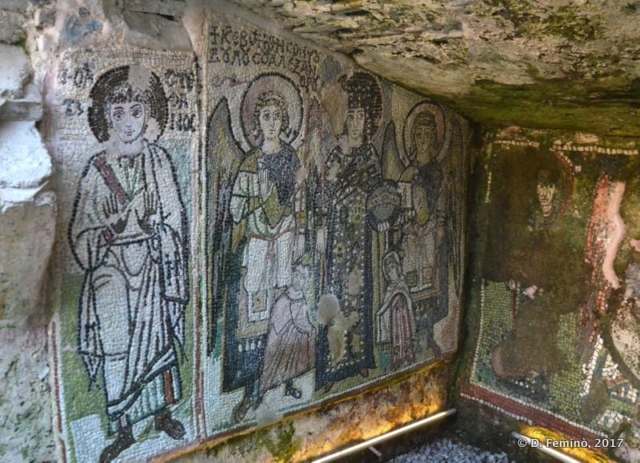 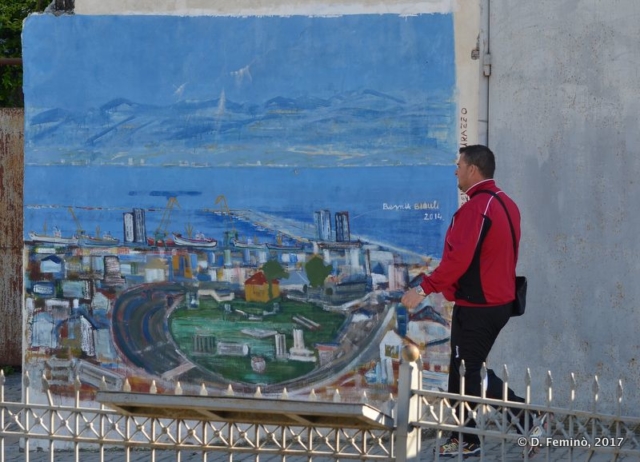 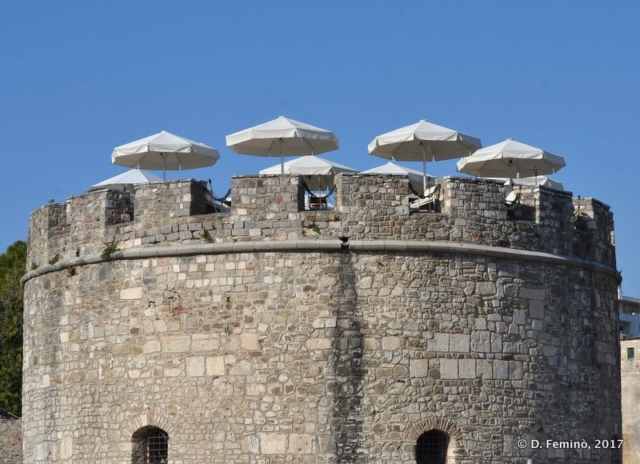