One more bullet train to take

This morning I have to go to Xi’an, the legendary town where the Silk Road began and home to the also legendary terracotta army. Silk road had always fascinated me. 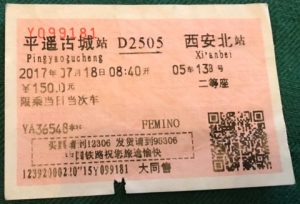 I visited some of the most important towns along this millenary trade route in Uzbekistan and now, I’m going where this was starting. 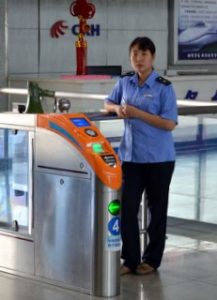 To cover the about 500 kilometres between Pingyao and Xi’an, I will take another Chinese fast train that will accomplish to its duty in 3 hours and 10 minutes. More than 150 km/h and I’m not considering the total 25 minutes stops in the intermediate stations. Not bad, isn’t?
Pingyao new railway station (Gucheng), the one where fast trains stop, is far from walled city, roughly 10 km. so, the bed and breakfast people arranged for me a car and, before letting me go, they gave some sweets for the trip. Nice! 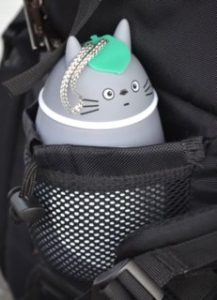 As usual in these cases, I stay on the safe side being there with some reasonable margin so I arrive at this modern railway station far in advance.

I use this spare time taking pictures and turning videos. There is a little princess drinking from her pink cup and I can’t resist to take a picture of her. By the way, since on Chinese trains, as in the Russian ones, there are big hot water dispensers (here I don’t dare to call them samovars), I decided that I needed a new travel mate. Is a kind of cat-shaped mug I bought yesterday in the walled city. I officially introduce it to you with its picture on the right side. Access to rail-track is only allowed few minutes before the train arrives. So everybody is waiting in queue. I knew I had time enough so, I don’t join the other passengers but I’ve decided to film them until the expected opening of the gates. You may see this exciting video here below.

Everybody reach the rail-track and my attention is drawn by the employee that is standing next to the railways. 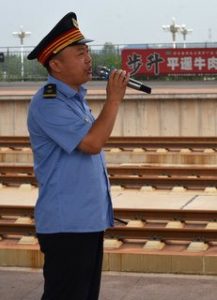 He holds a wireless microphone and he announces every fact about the incoming train. I don’t think he is the “stationmaster”.


He looks very professional… He is a kind of railway entertainer. Yes! I think I’ve found the right definition! He is an entertrainer.. 🤣🤣🤣 And you see? He announces the train is coming and well… the train arrives. In the small video the proof of it.


Trip to Xi’an and first impressions

This train looks a lot like the one I took in my short trip from Beijing to Tianjin. 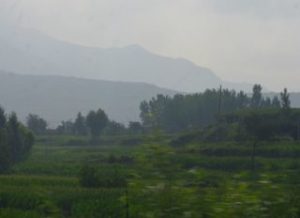 Nothing to compare with the funny and messy slow train connecting Datong and Pingyao. My mug is being tested for its very first time as I can see (taste) from that pleasant plastic flavour that it gives to my instant coffee. Outside the window I see a landscape I’ve becoming used to. A lot of green, hills, mountains and difficult way-through for the train that keeps going fast… so fast that in three hours and something I reach Xi’an. 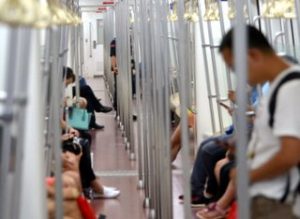 Once here, besides the usual issues in buying metro ticket, to reach the place where I will stay, is not so complicated. Line 2 of the metro goes straight there from the Northern railway station. The point is that, once I’ve arrived there, I realised that Google maps, in China, are slightly shifted compared to my real position. Let’s say 400-500 meters to the east. Very good analysis but useless. I’m basically lost. Luckily a person that is able to speak some English helps me calling the landlord and in less than half an hour I’m finally able to reach this very peculiar flat, in an unfinished tall building not so far from the most important attractions of the town and I will tell you about them in next post.
But before to leave you, here you may find some additional photos taken at the station and along the trip. 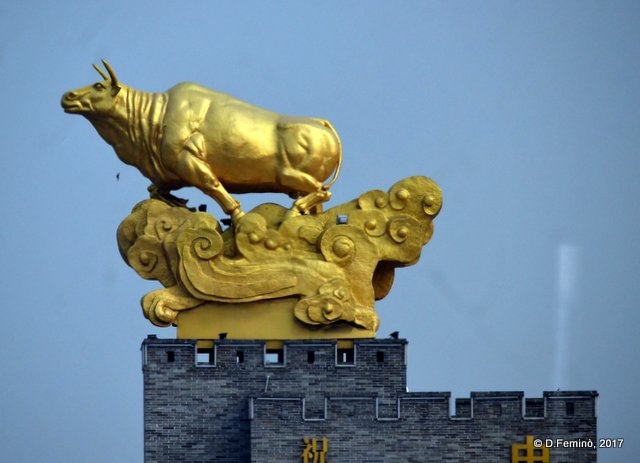 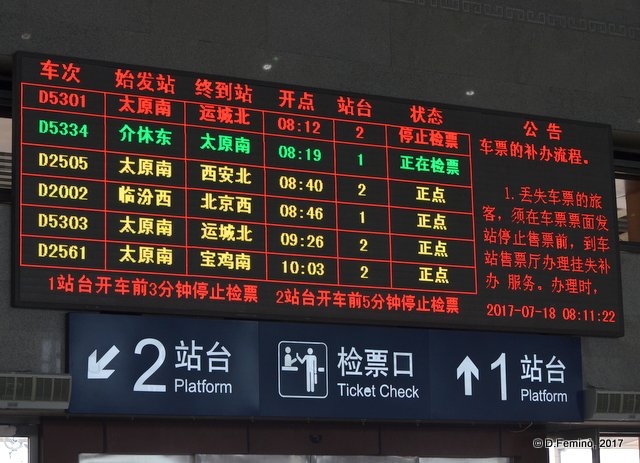 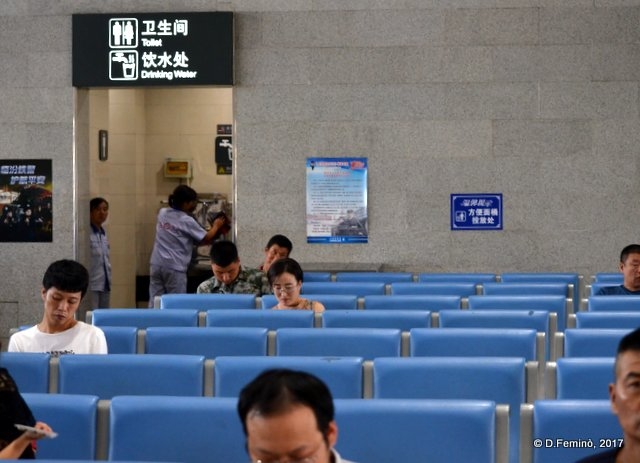 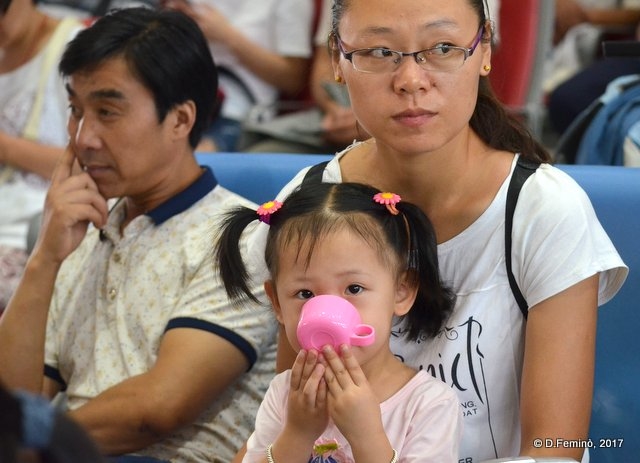 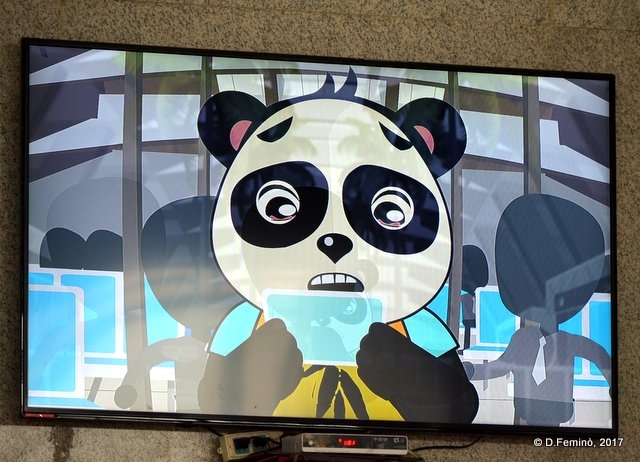 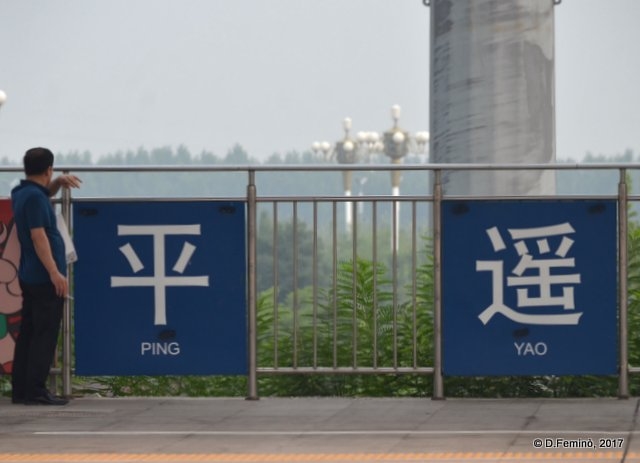 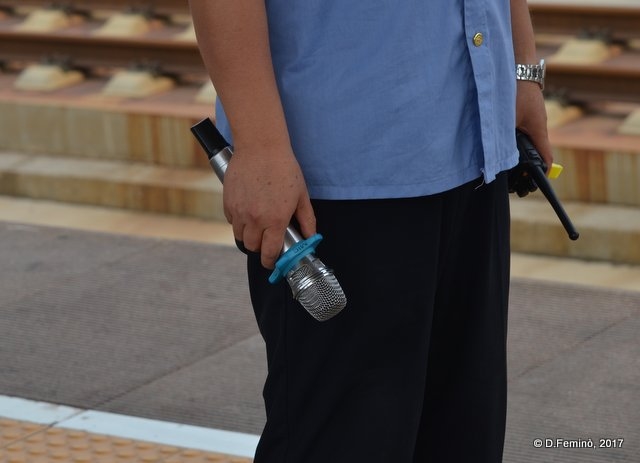 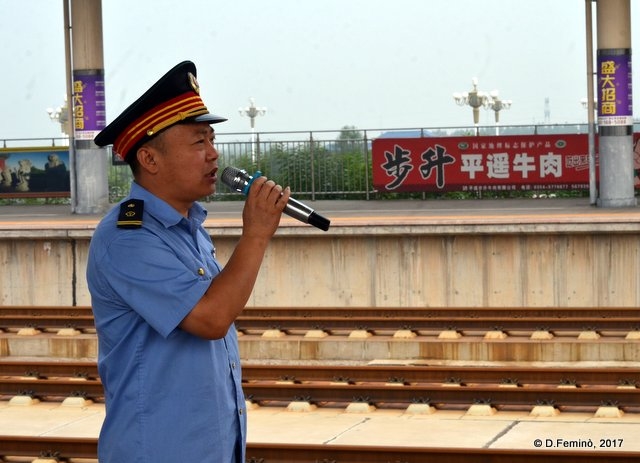 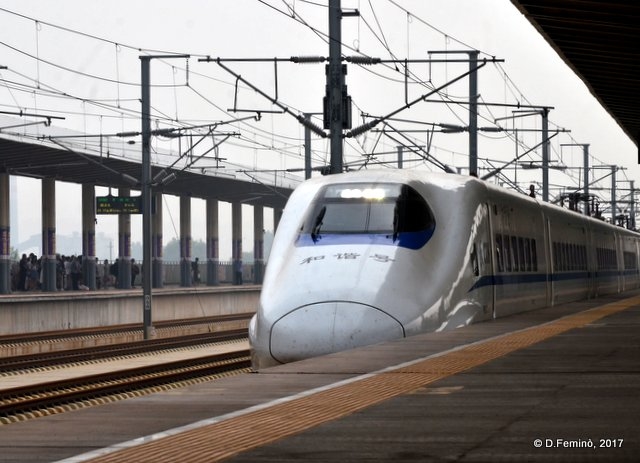 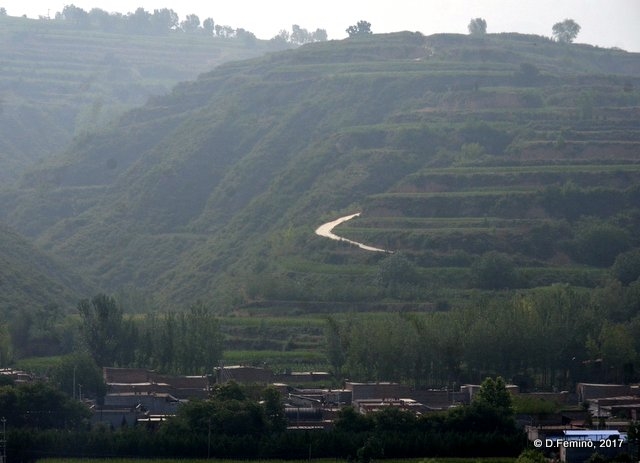 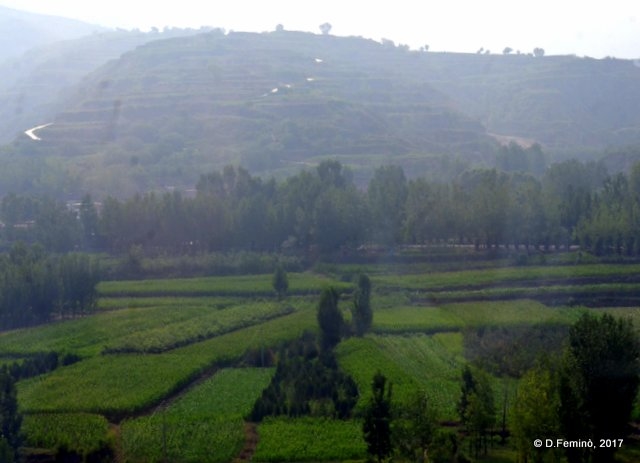