Zadar in my Radar.

After two beautiful days spent in the Plitvice Park, my trip in Croatia follows with two more days in Zadar and in the surrounding areas. Before that, of course, I need to arrive in that one that was once the most important town of the Dalmatia. Once again I’m traveling by Bus. Trip is quite comfortable with one stop for a break where I understand that there is a restaurant with a cage with two bears. Honestly I don’t understand how this kind of things are still allowed. The windy roads to the coast is submerged in the nature but I have to admit that I do not pay too much attention to the view outside the window being too concentrated in feeding this blog with new contents and features. What I see it reminds me of similar country landscape in the south of Serbia.

Arrived in Zadar, as agreed, my host is waiting for me at the bus station that is quite far from the city centre and so, in a short time, I’m ready to jump into this beautiful town. Visiting Zadar means basically visiting the old town, a rectangular peninsula that once, very long time ago was an island.
This part of the town was damaged during World War II and even more during Balkan War in the 90s but now is shining again and it has also some very interesting brand new attraction. Let’s go discovering it!

For most of the visitors, including me, the way to the old town is a modern bridge, connecting it to the ‘new town’. At the end of the bridge there is a small gate letting you enter in the old town. Just going straight I’ve found the first nice spot of the town: Narodni Trg (People’s Square) having as side of its rectangle some remarkable buildings such as the city loggia and the Town Guard Palace. On the square some cafe where it would be pleasant to stop for a drink or a coffee if you have time. But I don’t so, I moved quickly on the right through the street called Kale Larga. Kale Larga is a name clearly influenced by Venetian domination. “Calle” in Venice are the narrow streets and Larga means wide. Actually this Kale is not very wide but it is surely Larga if compared to Venice’s narrow streets. It is a sort of shopping street of the old town. At the end of it I reached what it was the ancient Roman Forum and I would say that still keeps a key role in the town. Here there is the icon of Zadar, the Church of St Donat with a beautiful Bell Tower and the Cathedral of St Anastasia. On one side there are also the Archeological Museum and the church of St.Mary. The overall view from any side is absolutely astounding especially in a Sunny day as I was enjoying.

Looking at my tourist map of the town, I could say that Zadar old town has three poles of interest: two are at the sides and one in the middle. The one in the middle is the Roman Forum (now called John Paul II square) where I am now. One on the eastern side contains the two new attractions I’m going to describe in my next post so, let’s go for the third one. To do that I have to follow the “Riva” (sea side boulevard) counterclockwise and reach my favourite corner in Zadar. Protected by a bastion hosting a small park there is the “five pits’ square” (Trg Pet Bunara) with, of course, five wells not used anymore and the medieval Captain’s tower. Just out of this enclosed square there is another one with a charming glimpse made of two houses in pale colours with a roman column in front. After stopping in this area for taking some picture I decided to walk around the town for some time, without directions just look for some nice shot.

Few kilometres from Zadar there is a small town called Nin I wanted to visit if I had spare time. It was the case so, also considering the beautiful day, I run at a bus stop in the new town to take the bus. Going to Nin takes about 30 minutes because the bus does a lot of stops. Just one or two kilometres before arriving in Nin, on the left side of the road, at the top of a small hill, I saw an interesting building (you can see it in my gallery) with an octagonal shape that I later discovered being the Church of St Nicholas in Prahulje. Arrived in Nin, I took 5 minutes to reach the city gate. The town itself is a sort of island surrounded by shallow waters used also as salt pans. Going from one side to the other of the town it wouldn’t take more than 15 minutes. During the walk the most interesting stops are the main gate and the delicious Cathedral of St Anselm, very small, considered as the smallest Basilica in the world.
Some ancient roman remains and few other churches makes enjoyable the walk from one side of the town to the other one and back. After having done it, it was the time to catch the bus to go back to Zadar and, after eating fish (Brudet with stockfish and Grilled Orada) for dinner, to spend a lot of time in planning six more days of my trip.

Here it follows the full gallery of two days in Zadar. 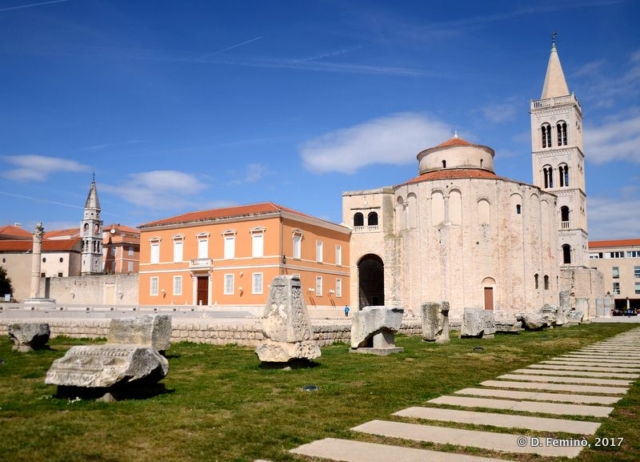 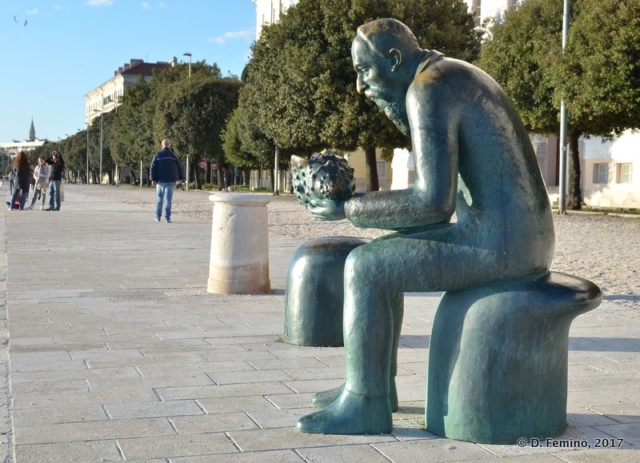 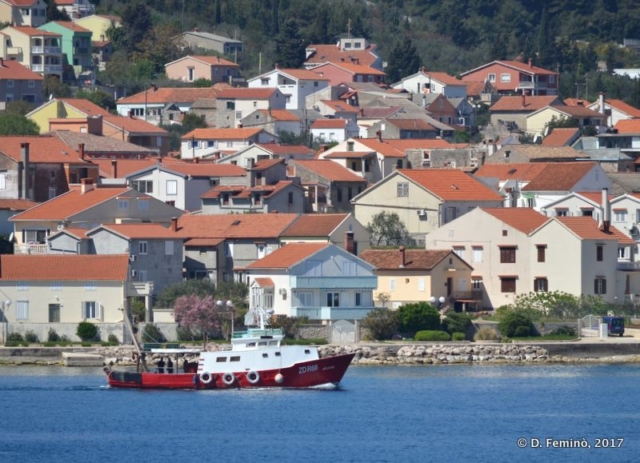 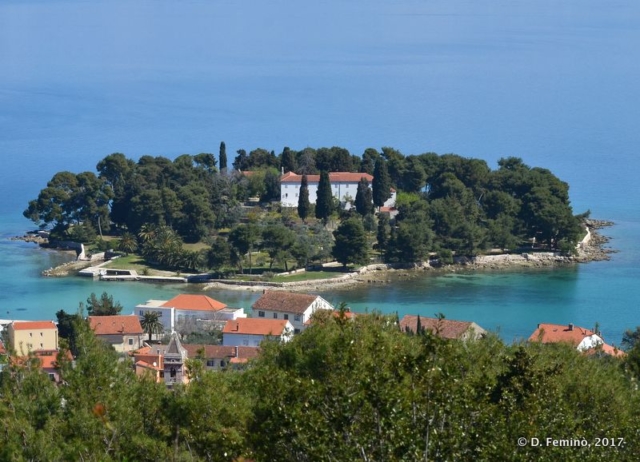 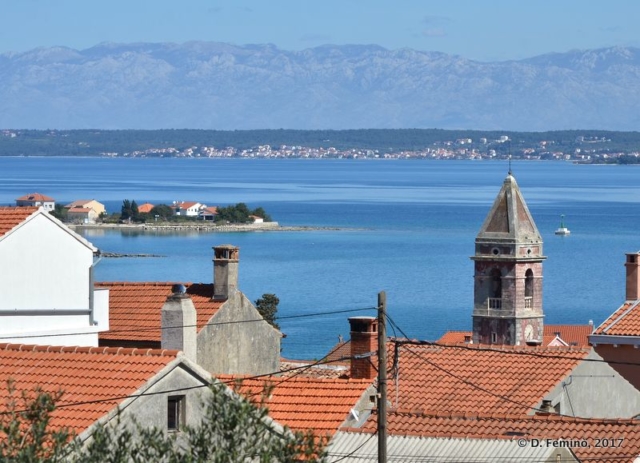 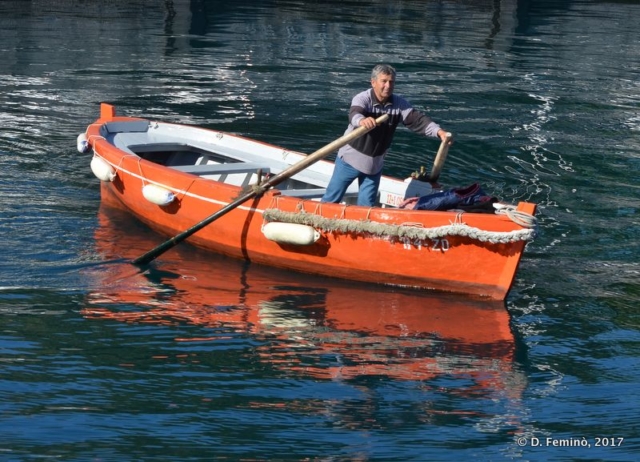 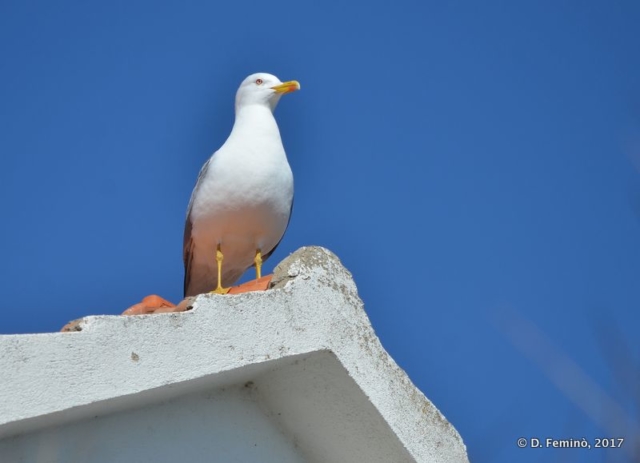 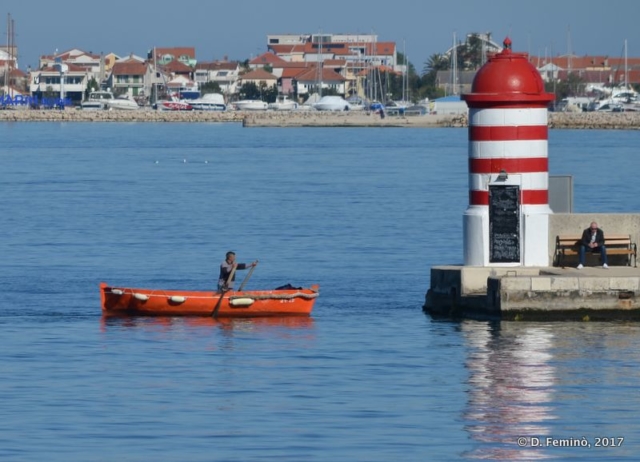 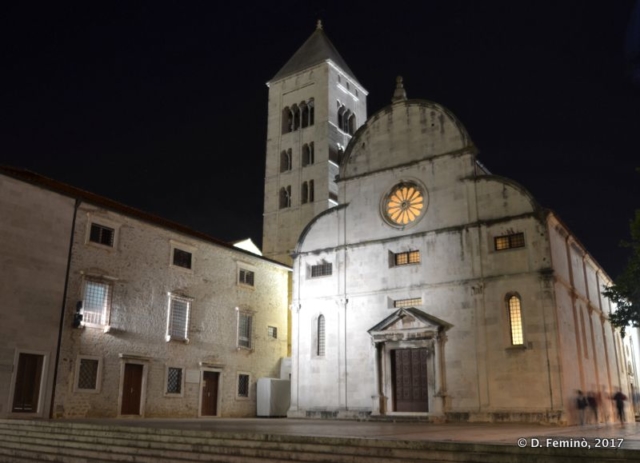 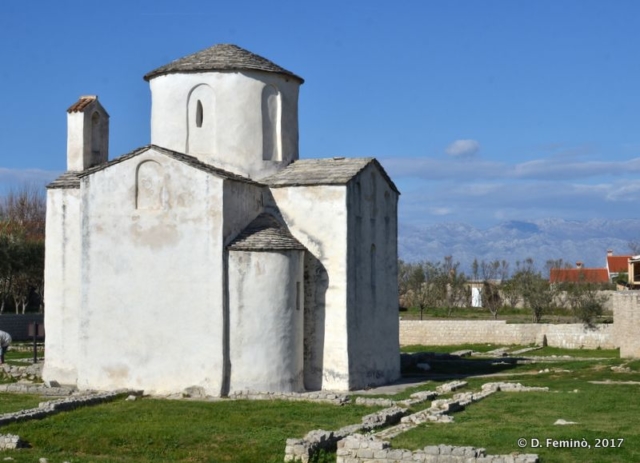 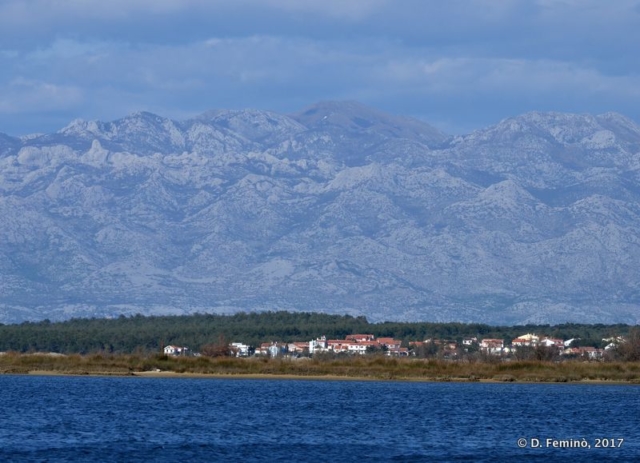 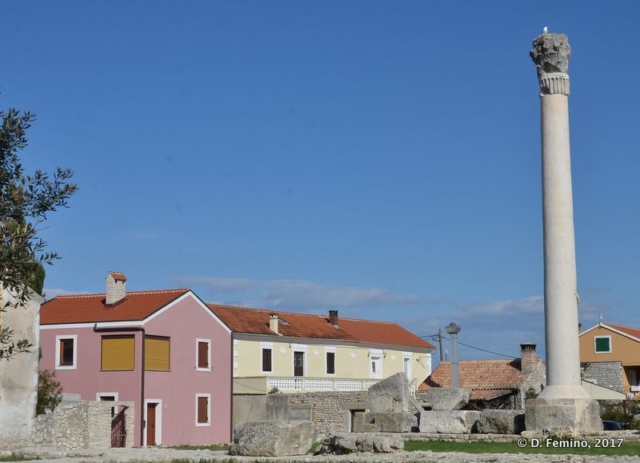 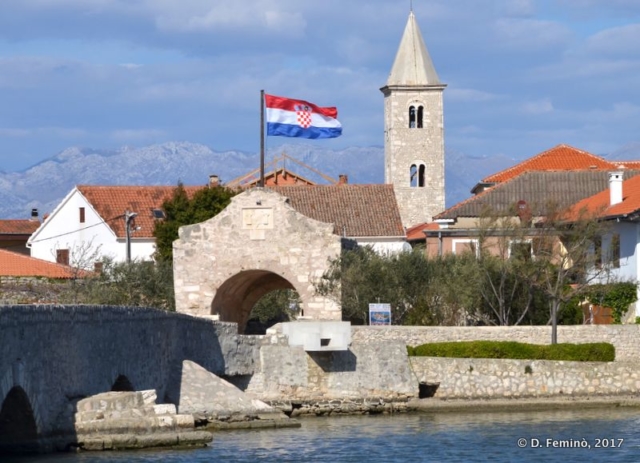 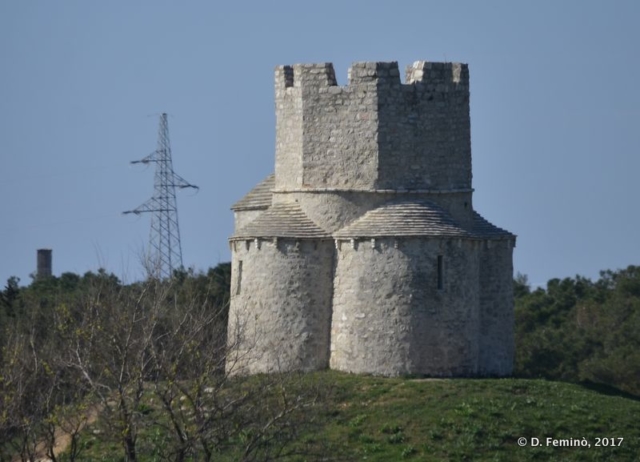 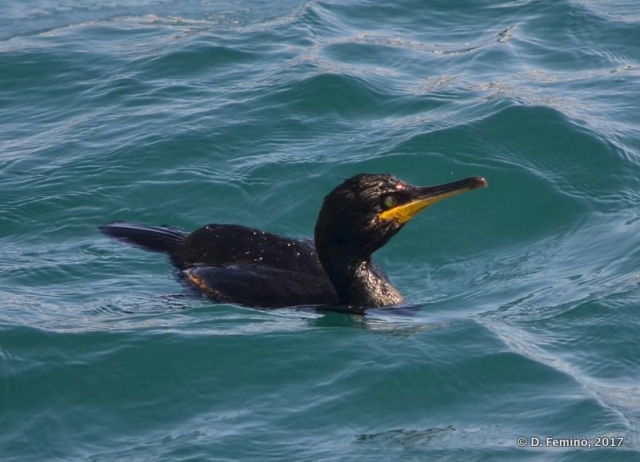 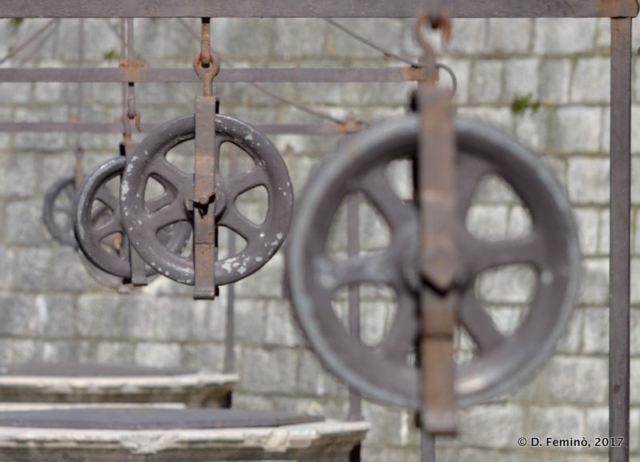 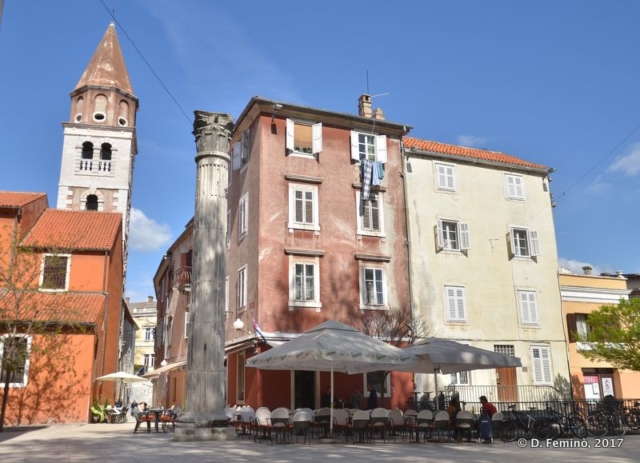 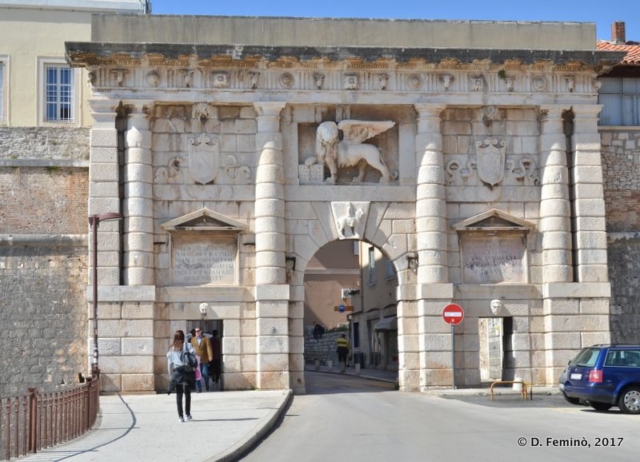 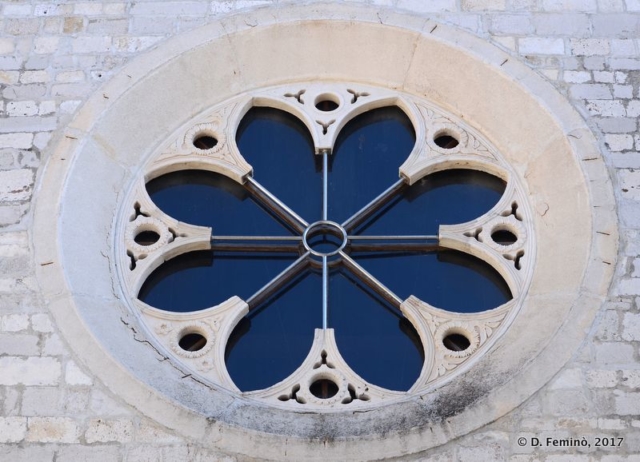 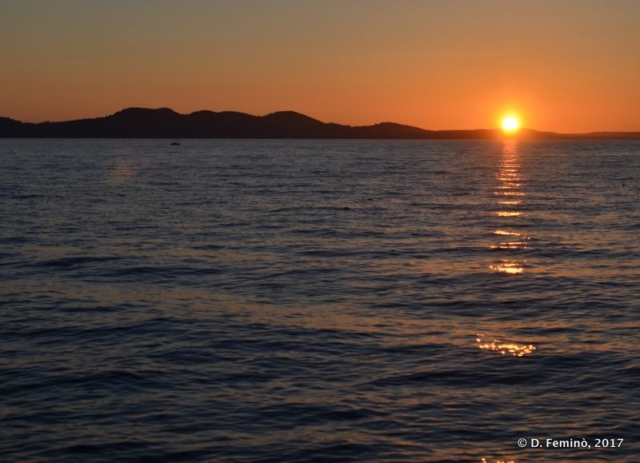