Trans-Siberian: 10 things you should know – Part 2.

I’ve travelled on Russian Railways from Veliky Novgorod until Ulan Ude covering during my trip a significant part of Trans-Siberian Railway. At the bottom of the page, after the photo-gallery you can find a table with full itinerary. I was lucky enough to try all the available three seat classes. I wanted to turn my experience in a set of ten “things to know” and I’ve split them into two articles. This is the second one and you can find the first one here. I hope you can enjoy the tale and at least some of the info can be useful before and during your trip on the legendary Trans-Siberian Railway. Let’s move then to items six to ten.

In my opinion first option to consider is using the Russian Railways website. Website is also in English but for most of the operations

I think is better to stay on Russian version using a 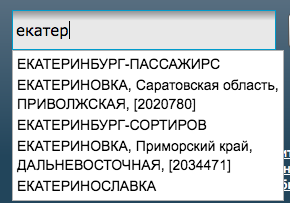 virtual Cyrillic keyboard (isn’t that difficult to do, if you use phonetic one), because it works better with station names. Buying ticket requires the setup of an account but the good is that after it stores all your tickets and this is quite useful. There are many tour operators offering intermediation service but in the end, I don’t see any significant added value. If ticket is not available on RZD (Russian railways) website it won’t be available elsewhere. Of course there is also the option to buy tickets at the railway station but seldom you will find someone speaking English. Once you bought the ticket online, it is enough keeping the relevant pdf on your smartphone, printing it is not necessary, and be prepared to show it together with passport to the conductor before boarding.

It should be very well kept in mind that there are not plenty of passenger trains on the TransSib route and that certain trains do not run on daily basis but maybe every second day or even less frequently.

Kupè (2nd class sits) become unavailable quite soon so, in my opinion, planning and booking in advance is vital in order to avoid to be forced to buy a ticket in first class that costs a lot or, as an alternative, to travel in a terrible way, sitting all night long or just to be stuck in a place where’s no much to do. I suggest to book at least two weeks in advance. The more, the better. If instead you are forced to buy ticket at the railway station on the same day consider that in most of the station there is a display showing all the trains of the day with availability of places in the three classes. Expect to see a lot of “0”.

Trans-Siberian trains are very precise. When they’re not is because they arrive earlier. To be honest they go so slow that being also delayed would be really too much.

In addition, there are very long stops in main stations along the route. Sometimes they can last up to 40 minutes.

It is useful to know in advance about them. I suggest to look on some reliable website (I used the train code in Cyrillic joint to word Поезд, train) for the full timetable or to check it on the train itself where it is usually displayed close to cabin attendant room. Stop in stations are very useful not only for smokers or for who wants have a walk after being sitting for several hours. During these stops there is always possible to buy something to drink or to eat. Small stalls are on the platforms and other sellers are walking along the train with their goods (fruits, dried fishes, bakery products). These in the intermediate stops can be often some of the most memorable moments in your Trans-Siberian trip.

I love the restaurant of the Trans-Siberian trains. With its little curtains is a great place to sit, relax and watch Holy Mother Russia flowing outside.

As you can expect is quite expensive compared to standard price paid outside the train. For example alcohol is about three times pricier than in supermarket and food costs twice as much than in an average restaurant but is not so bad as one can maybe guess. Waiters speak only Russian but the menu is also in English. However, to me food is not so important. Perfect combination is a late evening beer while is raining outside and I have a good book to read or my laptop as alternative. I have experienced this way on route from Yekaterinburg to Tobolsk. An important remark: Restaurant works following local time not Moscow time.
This post continues to next page

10 things to know about Trans-Siberian, part 1
Trans-Siberian Railway's Quiz
Out of times in Tobolsk
Last day in Kazan
One afternoon at the circus