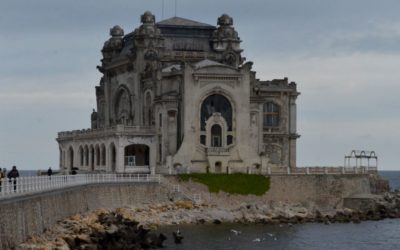 What a surprise! Clouds again…

Once again I wake up and I don’t like what I see out of my window. No, I’m not talking at all about the poor guys on the carriage you can see in the picture but what I see looking at the sky. Clouds again.

This is the third day in a row that I don’t see the blue sky I left in Karnobat railway station. Honestly I lack of energy because of this. I’m sun powered and without it I move veeeeeery slowly. I have breakfast in the hotel with no hurry, then I decide that if the weather doesn’t improve

I will likely spend some time in a café with wifi connection, working at this website and then I will move to the dolphinarium where, according the relevant website, there should be a show at 2:00 PM. Going downtown by bus I notice several buildings that would be beautiful if properly restored. Unfortunately in some case what it remains is so poor that they would need practically to be rebuilt it from scratch. By the year of construction sometime written on the building façade I understand that most of them back date to 1920. At that time Constanța should have be really a wonderful place. I arrive in the centre and in Piața Ovidiu there are few tourists and a cold wind is blowing through the windows of an unfinished building issuing a kind of spectral whistle. It is 11:30 I have some time before need to go to the dolphins. Very close to the square there is a nice cafeteria with a perfect wifi and serving good coffee too. I camp there for about two hours working at what you see and read hopefully every day.

European day of who knows what.

Coffee and internet are perfect companions in cold weather and therefore I have to admit that is not easy to take the decision to stop what I’m doing and go outside but dolphins are waiting for me. Dolphinarium is close to Mamaia, the northern suburb of Constanța famous for its beach.

I would like to reach it by bus, I own also a one-day card bought yesterday for 5 Lei, but in the end I’m not able to find the right bus and the bus stop. I take a taxi. The guy speaks a little Italian and he tells me that he is the only one in the family living in Romania after several years of work spend abroad (Italy, Turkey, Greece), all the others are abroad (Italy again and Germany). When I arrive at the dolphinarium a person explains me that today they are celebrating some European day of something and because of that the show will be for free (good!) but it will start at 3:00 PM (not so good).

However he is also so kind to suggest me what to do while waiting: to walk around the small natural reserve part of the same park of the dolphinarium. Reserve is made of a small lake and the mini zoo setup all around. I don’t like too much the zoo that, it should be said, includes mainly non exotic species like goats and pigs. There is some kind of goose going freely wherever it want. The round of the lakes takes about 30 minutes but when I arrive at dolphinarium again I check and I find out that the show will actually start at 15:30. Outside the park, just around the corner, there is a café with wifi and of course I decide to wait a little bit here.

Finally I enter in the dolphinarium with a lot of children. I think I will see dolphins when the show will start and instead they’re already there,

in the big pool going in circle without stop. Chen-Cheng and Ni-Ni, these are the names of two dolphins were brought here from China in 2010 and they are one male and one female. The show is exactly what one can expect. Dolphins eating, dolphins dancing, dolphins playing with a ball and of course dolphins jumping.

I have to admit that when I disconnect the brain I like it. In all other moments I have this idea that what I’m seeing is not right. On the other hand there is always the possibility that the money collected here are useful to the sea mammal cause. This dolphinarium, for example, is part of the Natural Science museum and it was founded in 1972. It is also included in a cross-border initiative of collaboration with the dolphinarium of Varna in Bulgaria. Show lasts about 40 minutes and in the end I have to admit that I was happy for coming here and that when I get out I’m much happier and maybe taking a look at the video I made, would make you happier too…

From the dolphinarium area I’m able to come back in town by bus. Tomorrow I will leave to Danube delta so it would have been nice to walk a little bit more in the centre but the weather is quite bad. However I go first to the harbour that so far I’ve seen only in the night, them again to

Ovid square, called after the Roman poet that it is said was in Tomis in exile. Tomis, the ancient name of Constanța, now gives the name to the different area of the modern city.

Moving northward there are Tomis I, Tomis II and Tomis III. I see again the lighthouse and meanwhile I found out that in spite of its name was not built by Genoeses. It seems that at the time of the maritime republics (XIII century) Genoa had some form of rule of several cities on the black sea, including Constanța. Lighthouse is much more recent so from Genoa takes only the name. I keep walking for a bit than I go back to the hotel. The evening is at least dry and I have to say that also food is better than yesterday. I end up dining in a Lebanese restaurant that I really appreciate. For today is all. You can see Constanța gallery here below. 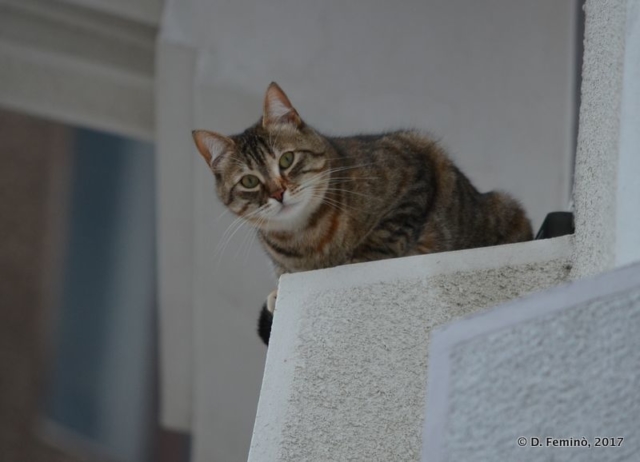 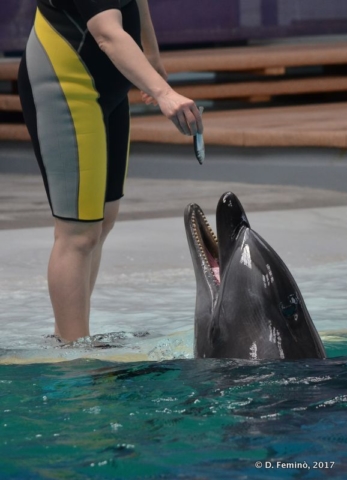 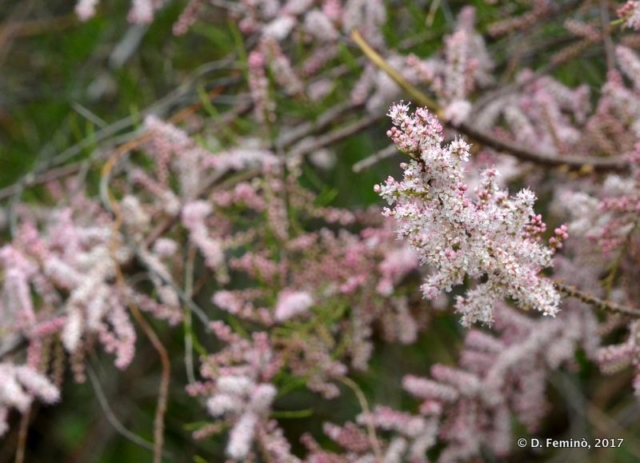 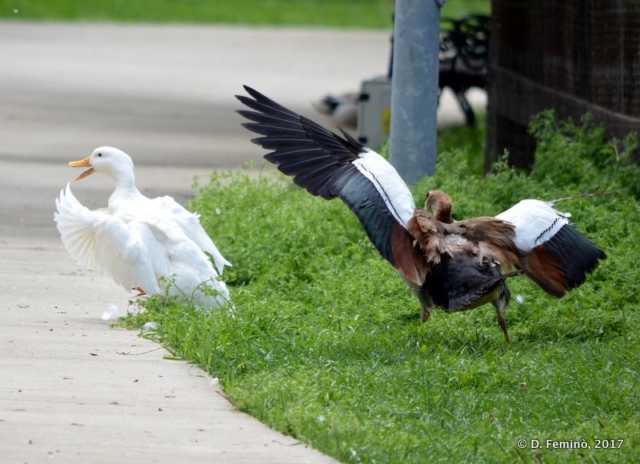 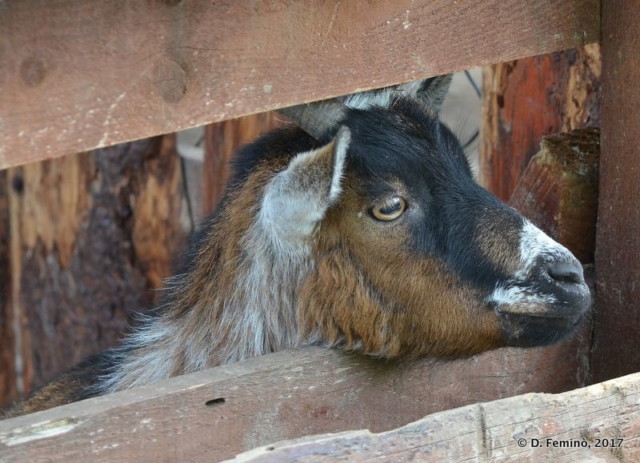 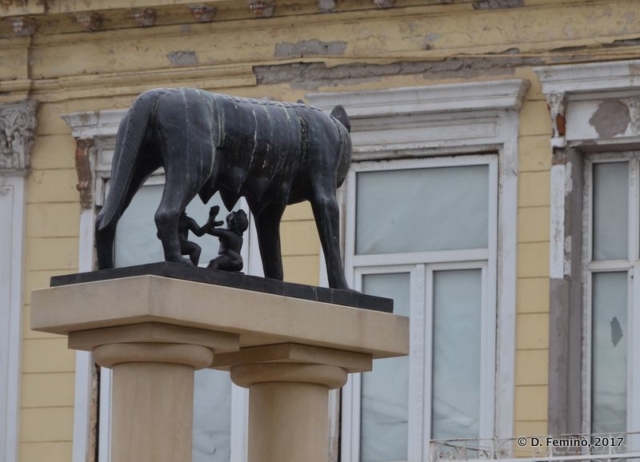 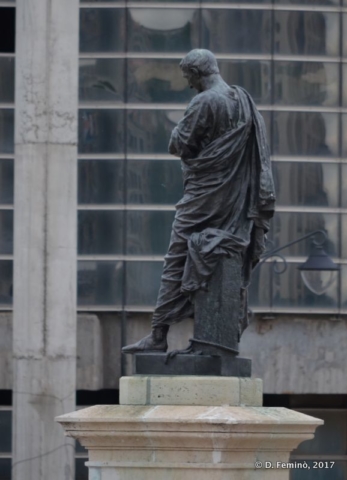 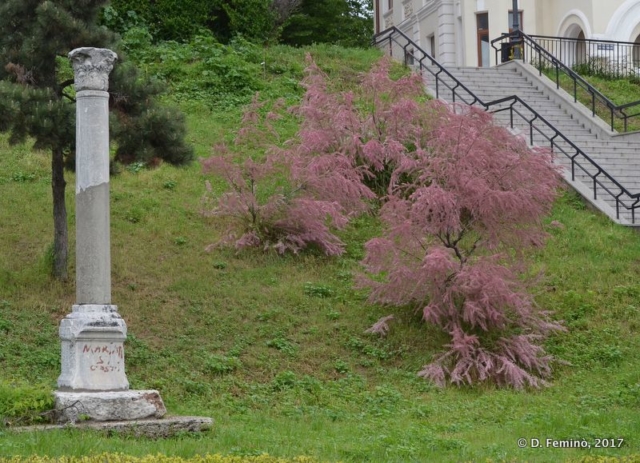 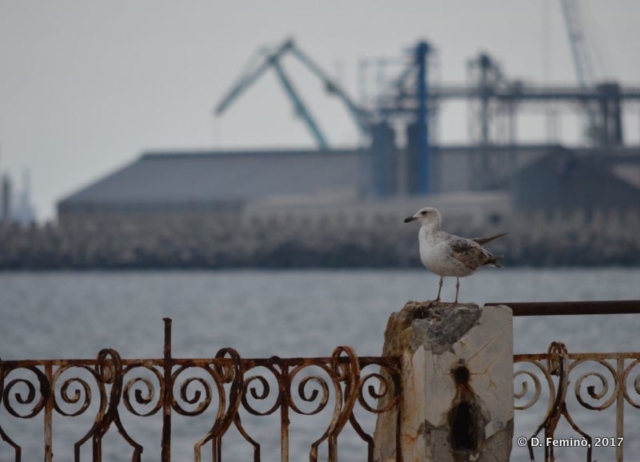 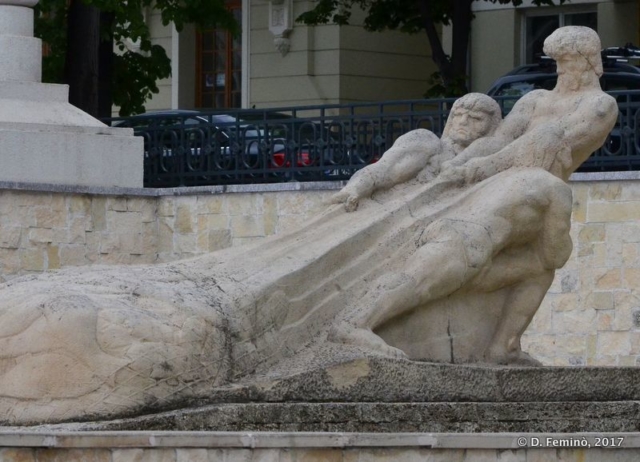 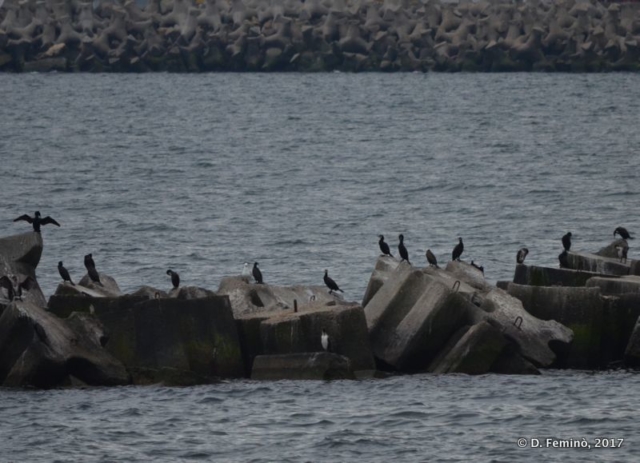 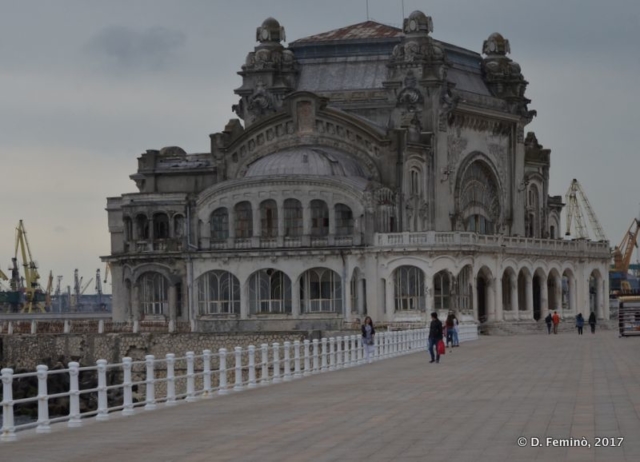 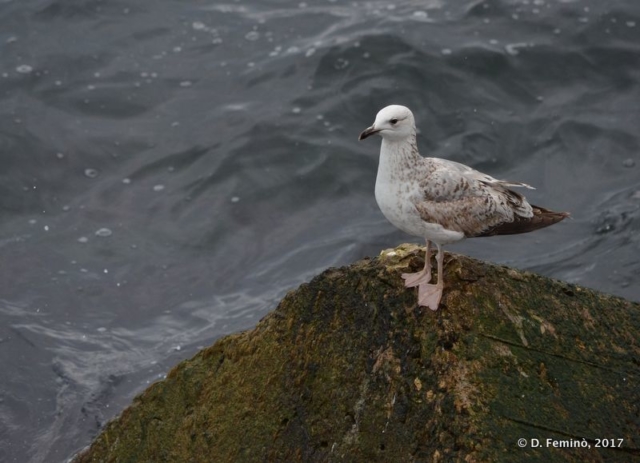 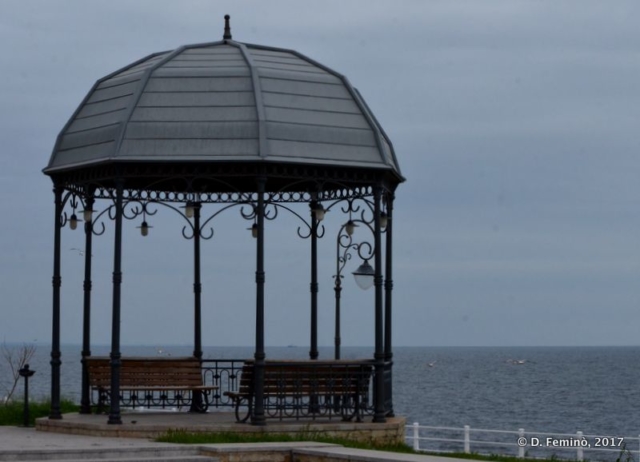 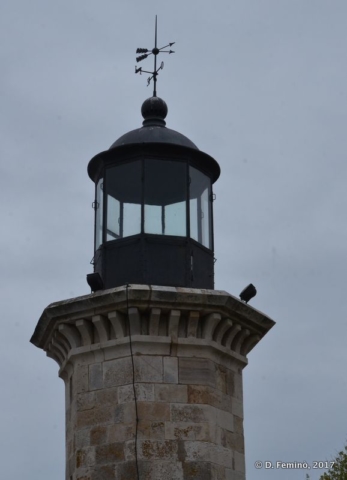 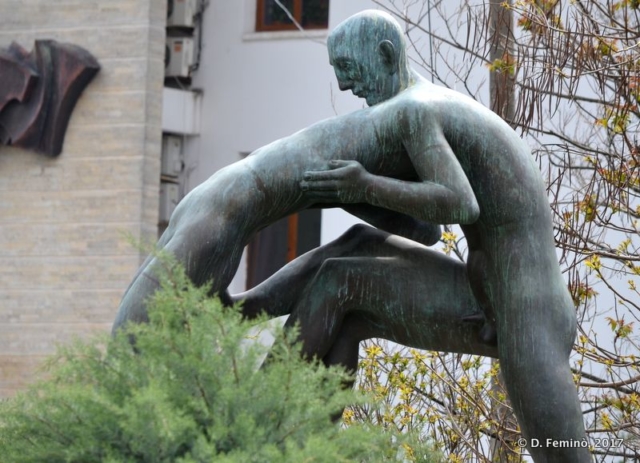