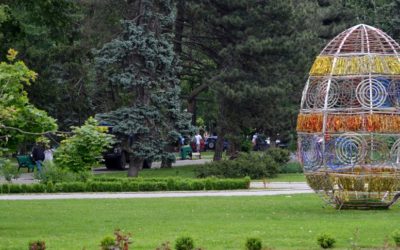 Towards a mysterious land.

Between Moldova and Ukraine it lies a little stripe of land formally part of Moldovan Republic but de facto independent. They have their own borders with specific custom control, their own government, their own currency, in short they own their Country. If you learn from reliable sources you will be able to make your own idea.

I have mine and I don’t want to make anyone angry sharing it. For sure, on internet you will read that this is an unsafe country while anyone having been there, will tell you the contrary. I’m going to check. Country I’m talking about is called Transnistria because is on the other side of the river Dniester and its capital, and also my destination, is Tiraspol. In spite of the potential political problems with Moldova (more obvious) and Ukraine, there are frequent connections between those three countries.

I don’t think is the same in other part of the world with similar situation like Northern Cyprus or Abkhazia. Tiraspol is located more or less halfway between Chișinău and Odessa so all buses and trains going on this route go also through Tiraspol but there also many buses leaving from Chișinău just to Tiraspol and I’m in one of this. After many ride on mini van, finally, this is a real bus. It didn’t happen since my trip from Durres to Tirana. Bus leaves at 11:00. All the people on the bus speak Russian. I think is time to start refreshing my poor knowledge of this language. I will need it soon. On the bus there is a TV broadcasting a music show. It is Russian television, probably on a record.

There is a guy that sings with voice of soprano as a rock Farinelli. Not exactly what you could expect on Russian television if you give credit to western press. The show ends with a couple singing the Italian song “Con te partirò” by Andrea Bocelli, maybe even better than the author. At the Transistrian border everything seems to be easy. They ask me how long I’m going to stay and reason of the visit. They don’t put any stamp on passport. They just give me a leaflet that I have to return exiting from the Country. When I return with all the others on the bus, one of the guard see my camera and I understand he’s speaking about it with a colleague. After two minutes, when everybody expect the bus leaving to Tiraspol they come to call me. A policeman speaking some English takes me aside to ask me if I’m going to Tiraspol for business reason or for tourism. Everything is very calm and I convince him that I’m going there just for tourism, therefore we can finally leave to the capital of Transnistria.

Once in town I ask bus driver to get out close to my apartment that is located in Karl Marx street (of course here there is also Lenin street and so on) but when I get there I’m not able to find the entrance. I decide to find some cafe with wifi and eat something while trying to contact the host.

Only place I find is an Italian restaurant called Mafia. 🙁
Not having alternatives I sit there and I order the only Italian looking dish in the menu: pasta alla carbonara. Meanwhile I reach the host via WhatsApp and agree to meet when I finish. Carbonara is not bad in the end. They use fettuccine instead of spaghetti and they put fresh cream not included in the original recipe but the result in the end is pretty good.

My apartment is located in a big building with main entrance from the inner court in perfect Soviet style. The girl that leaves me the key is very nice. She promise she will come back in the morning to drive me at the station in time to take the bus to Odessa. I have just an afternoon to visit the town but it doesn’t look so big then maybe it is a feasible goal. I like the atmosphere of this town. Few big avenues not very crowded and small alleys. I start my visit from Kirov Park, it is just a small one but within there is a very nice orthodox church red and green and also an impressive three-arches gate at the entrance.

I notice that here all the streets have names in two or sometimes three languages, all in Cyrillic. Languages are: Russian, Ukrainian (optional) and Moldovan. Moldovan is very close to Romania and it is probably the only Latin language using Cyrillic alphabet. It was also official language in Republic of Moldova but they switch official language to Romanian. One more difference with Transnistria. Close to the park there is the railway station and the Kvint distillery. Kvint is the quite famous local brandy, called by locals as konjak.

Just in front of the factory there is a Tourist Office not mentioned neither in guides nor in websites. I enter and I experience the warmest welcome I ever had in such kind of place. They have opened only three weeks ago. The girl is an architect and she speaks a very good English and she starts to explain me what to see doing a sort of virtual excursion of town on a map where she writes down all kind of useful notes. I have to say she’s really great and enthusiastic. Tour or Tiraspol I’m doing with this way would be probably better than any real one. Getting out of the office I know exactly where to head, unfortunately time is not that much so I’m forced to keep out of my plan all the museums including the one dedicated to Tiraspol born Nikolaj Zelinskij that created the first effective gas mask.

As first step I go to the park Pobeda, a kind of smaller Gorky Park. From there I reach by bus the Orthodox Cathedral and then I move to the best part of Tiraspol along October 25th street until Constitution Square. On one side there is the statue of Suvorov, founder of the town and a bit further, going west, there is the House of Soviets with a huge statue of Lenin in front. Theoretically is forbidden to take pictures here but none cares too much as you can see from the cover of this post. On the other side of the street there is a pedestrian area with a mausoleum of the fallen and the access to the Dniester riverbank. From the bridge I can see a nice beach and someone swimming in the river. Since I don’t have time to freshen up in the river, I drink a Kvas, a typical Russian drink made of rye bread. I can say that basically I saw the best of Tiraspol in one hour.

Now I have still some time and I decide to take the trolley bus going to the nearby town of Bender. I already went from there on the way to Tiraspol and it looked to me even more “communist” than Tiraspol. In addition the town hosts a fortress. I know already that I would not be able to visit because it is too late and probably I would not even have the chance to get close because is used by the army however, better that doing nothing.

Trolley bus takes half an hour since there are several villages along the road. From a mere geographical point of view, Bender is not in Transnistria because it is on the other side of the river Dniester but if you want to argue, there is an outpost of Russian soldiers right after the bridge ready to discuss about the topic 🙂 .
Bender looks nice and people are very friendly. Even on the bus they were showing me most interesting glimpse for pictures. There is a strong presence of army. I take picture in the centre where are located few landmarks in real Soviet style. Fortress is hidden by a embankment so in the end best pictures I can take are from the bridge.

On the way back, while I’m crossing the bridge on foot, I stop a lady to ask her where is the bus stop and she starts to talk to me in Italian. Quite incredible, isn’t it? She worked several year in Italy and she is going back to Padua very soon. Day in Tiraspol and Bender is going to end and I must say that I really enjoyed to come here and that probably it would have been nice to stay at least half day more but I’m also eager to go to Odessa. About Transnistria I will keep for me all political opinions. But one thing I have to say it. How you could not love a country that has a bunch of grapes in its coat of arms? For dinner I go to the allegedly best restaurant in town where I eat some tasty pork cutlet filled with cheese and mushroom (Ukraine and its Kievsky cutlet is not far) and what is more important I try the famous Kvint brandy and I can confirm is very very good. This way it ends my pleasant experience in Transnistria. Here it comes the gallery of pictures taken in Tiraspol and Bender. 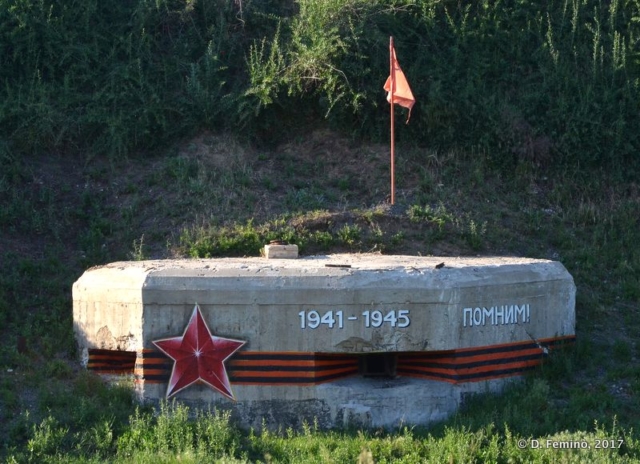 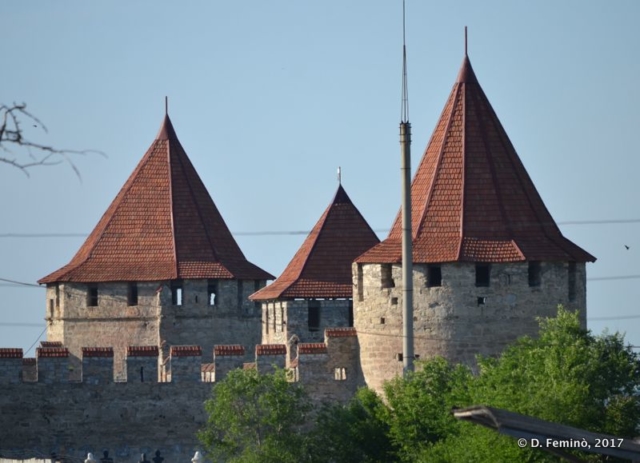 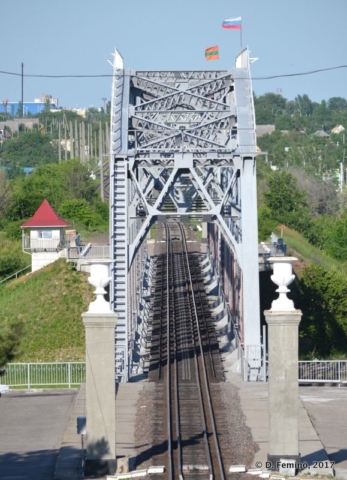 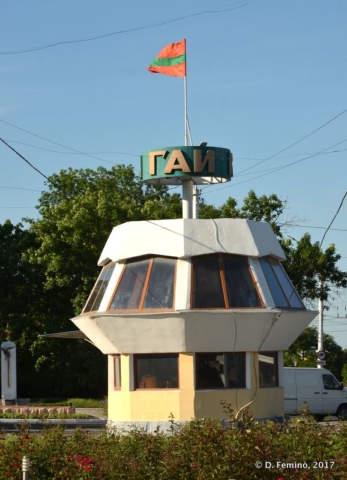 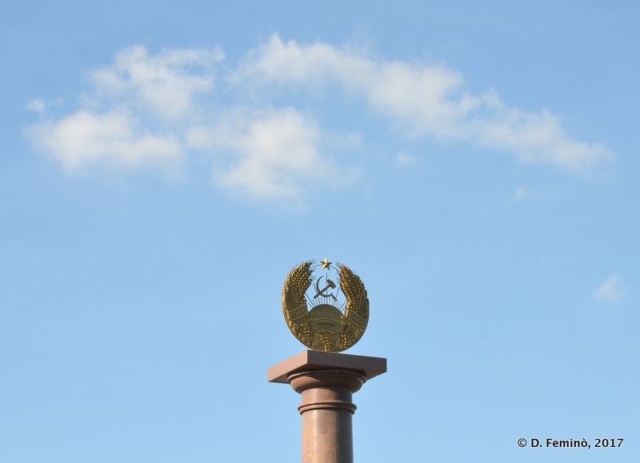 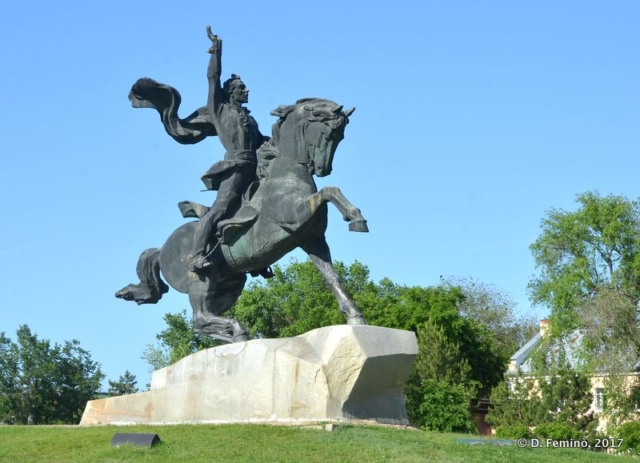 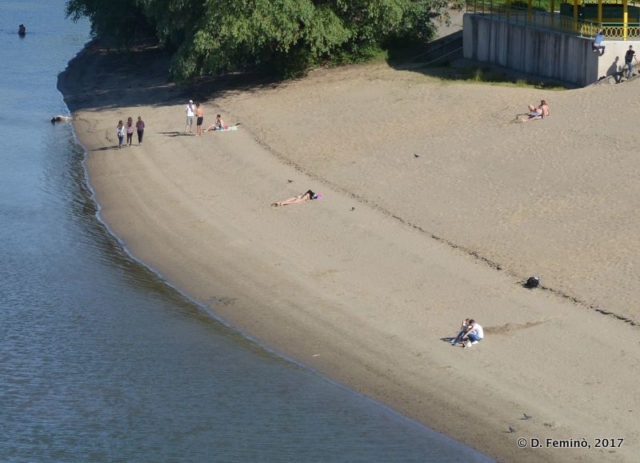 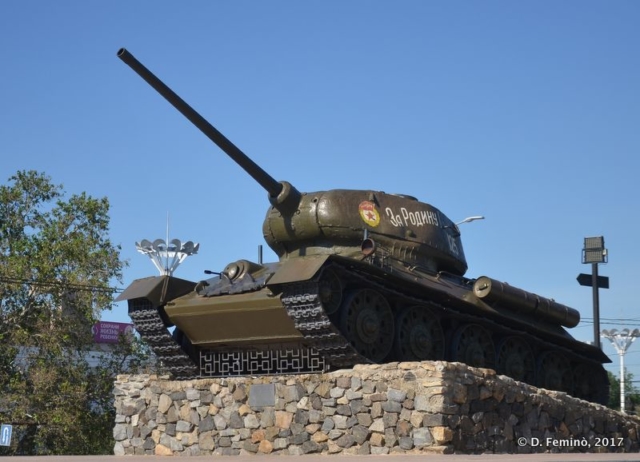 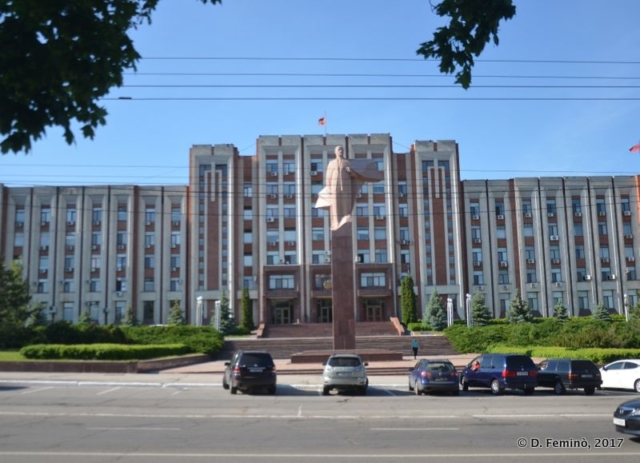 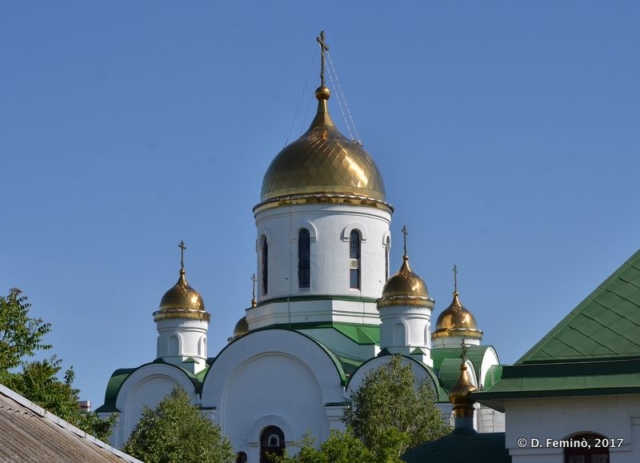 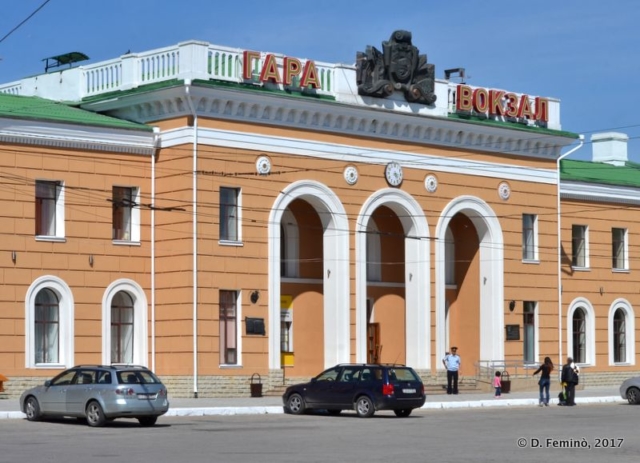 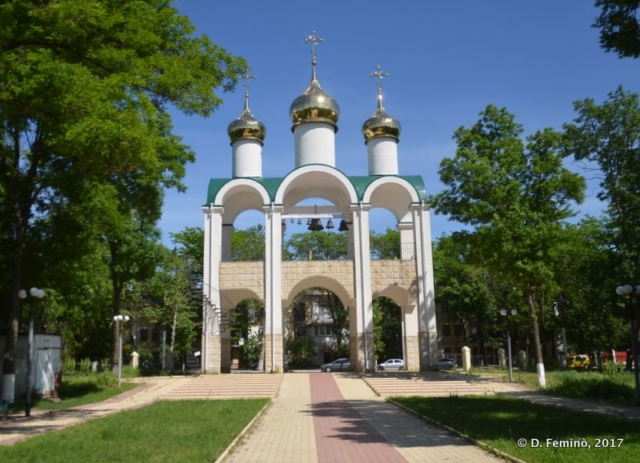