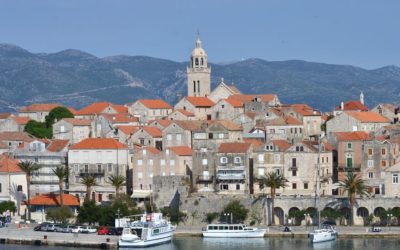 The ride from Irkutsk to Ulan Ude, the capital of Republic of Buryatia, is the last one in Russia during this trip and of course is also the end of my Trans-Siberian route.

For some part the ride offers great view of Lake Baikal and its beaches. Since the trip lasts about eight hours and it is done in the daytime I didn’t have problem in taking a third class ticket and I was very happy of my choice because I had the chance to have a further sample of people travelling along Trans-Siberian.

There is lady with her small dog camped in the upper berth, a dozen of young soldiers looking quite tired because probably they’re travelling by days but nevertheless still able to understandably ogle a girl going up and down the coach “dressed” in a quite provocative outfit. If you take a look at the gallery of my post on things to know about Trans-Siberian

it wouldn’t hard to identify whom I’m talking about. It was a nice way to say goodbye to Russian trains. Yes, because unfortunately since the train to Ulaanbaatar doesn’t run on daily basis, it wasn’t available when I wanted and therefore I had to opt for the bus. Having the guest-house located very close to the railway station, even arriving late afternoon I had the chance to start my visit to Ulan Ude immediately after my arrival, this way keeping some time to visit, on next day, also the quite famous buddhist monastery in Ivolga.

The town of the big head.

Ulan Ude, less than 200 kilometres north of border with Mongolia is the capital of Republic of Buryatia and it tastes already of Mongolia or at least this is the feeling since I’ve never visited Mongolia so far.

Maybe it is also because this town’s name is similar to the one of Mongolia’s capital. Meaning of the word “Ulan” common to both names is “red”, so Ulan Ude means red Ude (the name of one of its rivers) while Ulan Bator means red hero. Ulan Ude, often shortened as UU, even if is not very full of touristic sights is still a pleasant town. And I confirm that in spite of the fact that the city’s landmark is a huge head of Lenin located in Sovetov square and proudly claimed by locals as the biggest in the world. The head is actually very impressive, nothing to say about it, but my doubts is about this world supremacy.

I’ve visited most of former USSR and Eastern Europe and I’ve seen many of Lenin’s full figure sculptures. The sole head is something I saw only in Ulan Ude. It doesn’t seem it was an hard competition then. Other than the “head”, UU offers to the many visitors stopping here on their way to east (Vladivostok, China), west (Moscow) or South (Mongolia), a bunch of nice street where to stroll. There is also an “Arbat”, likely the shortest I saw in this trip. There are few churches not very remarkable, to be honest.

The nicest is probably the Odigitria Cathedral and it was good I went to see it because near by, in Linkhovoina street, I’ve found a hidden gem not mentioned in any travel guide I read. A sort of 130 District, like the I’ve described in my post about Irkutsk. A street with beautiful traditional wooden houses. The one in Ulan Ude seems to be made just with refurbished houses originally built here, while in Irkutsk some was built from scratch and some other one moved from elsewhere. There are not so many buildings, I would say a dozen not more but the entire area is really tide and nice. Last sight I would like to mention is the Victory Memorial Park located more or less at one kilometre from the Cathedral. It is a mix of Soviet rhetoric and a well arranged greenery, with fountains where locals come to relax.

A buddhist monastery sponsored by Stalin.

I spent most of my second day in Ulan Ude visiting the Buddhist monastery in Ivolga. I think this is the one of the very few Buddhist Monasteries in Russia.

It was founded in 1946 with the allowance of Stalin that this way wanted to express his gratitude for the huge effort of Buryats during WWII that caused many casualties in the population. The town of Ivolga, about 40 kilometres from Ulan Ude, can be easily reached taking one of the frequent buses leaving from UU’s south bus station, a different from the one used by bus leaving to Ulaanbaatar.

Once in the village, there is connection with another shuttle covering the last 3 kilometres to the monastery. Like most of Buddhist monastery also this one is made of different temples, each one devoted to different deities. The main area is more or less square-shaped with only one temple located outside of the square. There is a walking path all around that can be followed by visitors in a way not to miss any temple.

In the monastery there is a strange combination of Buddhist Religious architecture and Russian style wooden houses in pastel colours for the people living within the area. Most of the temples are quite recent, built in the last 25 years and in some case, in my opinion, the excess of colours creates a sort of “Disneyland effect”, however if it is a sunny day as it occurred during my visit this gives the chance to take some great photo. The monastery hosts the tomb of its 12th Lama death in 1927 famous because his body, even if it wasn’t mummified, was officially recognised as very well preserved. The body is exposed for public veneration every 30 years and this is not the right year.

Even if quite a small town, Ulan Ude offers many different options for dining. The most typical is to go in one of the cheap place serving Bouzes. I’ve already spoke about this kind of dumpling in my post about stay in Olkhon Island and Lake Baikal. Of course I didn’t miss this opportunity and I went in one of this small cafe, north of the pedestrian area, to eat Bouzes. Quick, cheap and tasty. There is also some place offering Mongolian grill dishes and this was my choice for last evening in Ulan Ude. The restaurant Mongolian Grill, part of a chain, has in my opinion, a very attentive service and good food. Other upper scale options are often located in the hotel but very rarely I eat in this kind of place because it makes me sad. This is my last diary post about the leg of my around the world trip in Russia and I can say that after it I love this country even more. Of course, here following, there is the gallery about Ulan Ude and the Ivolginsky datsan (the Buddhist monastery). 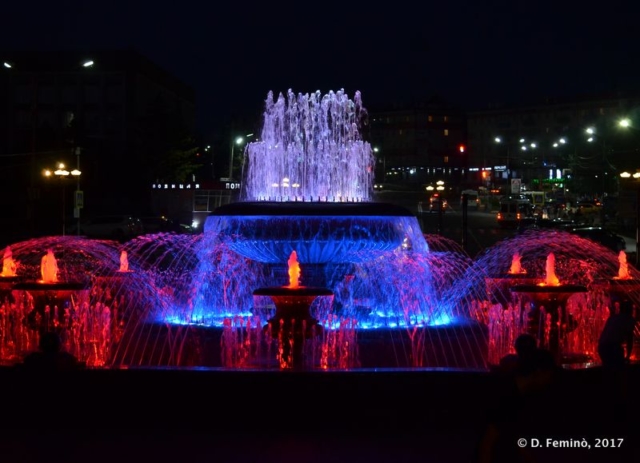 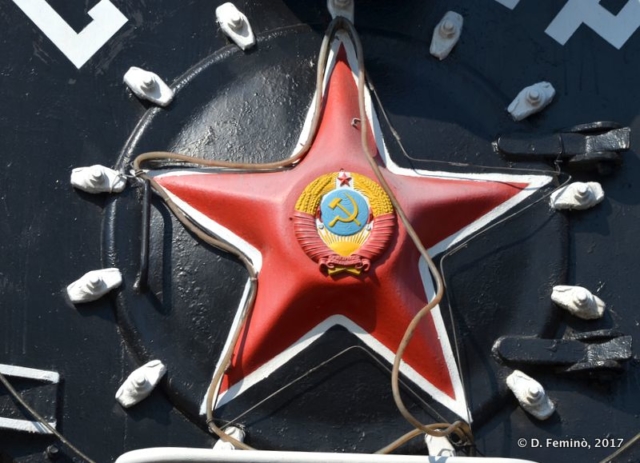 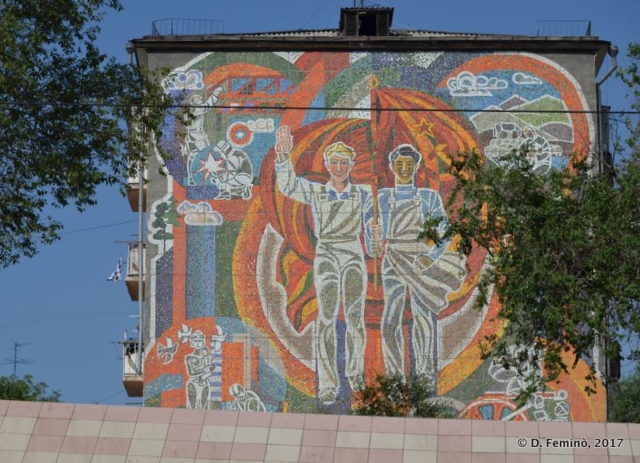 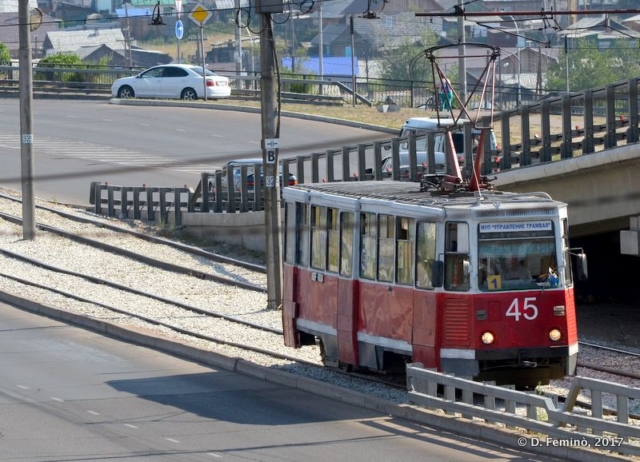 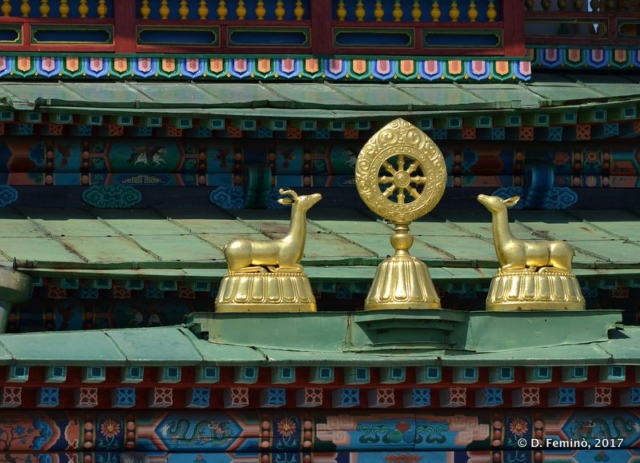 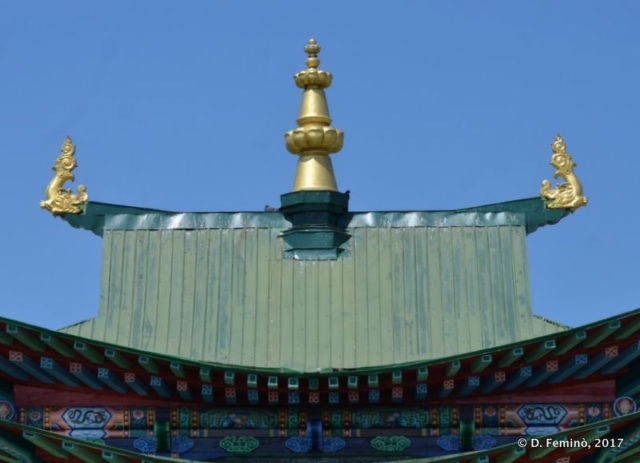 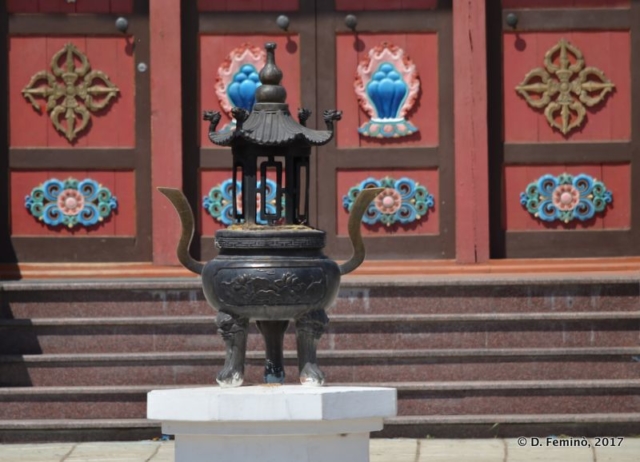 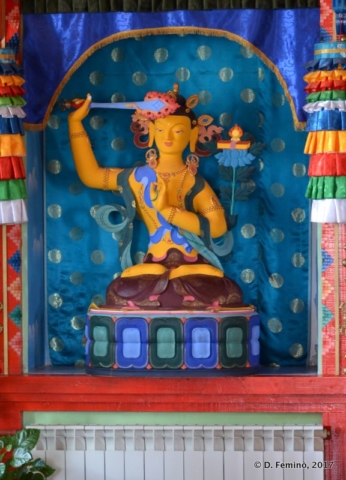 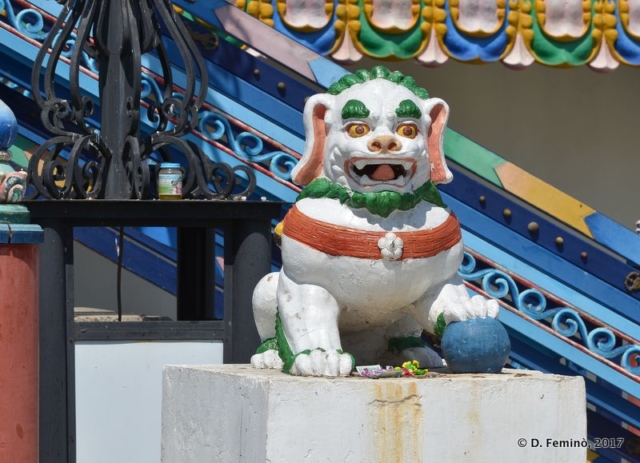 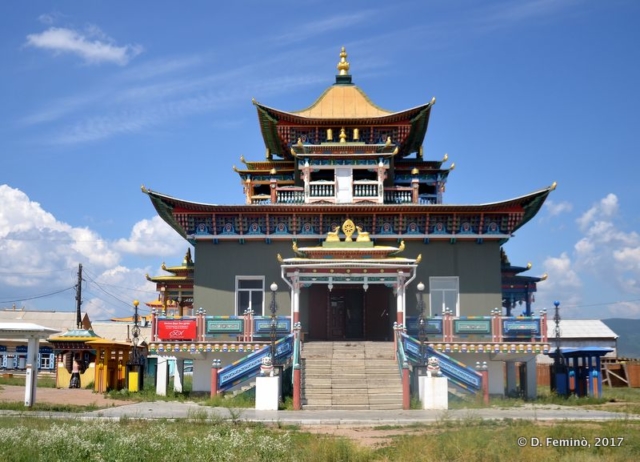 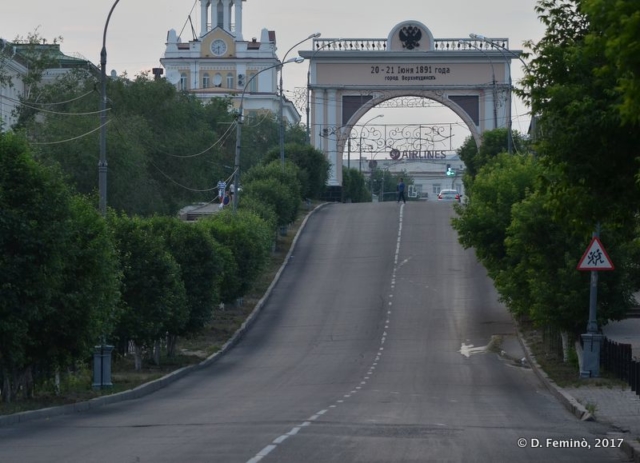 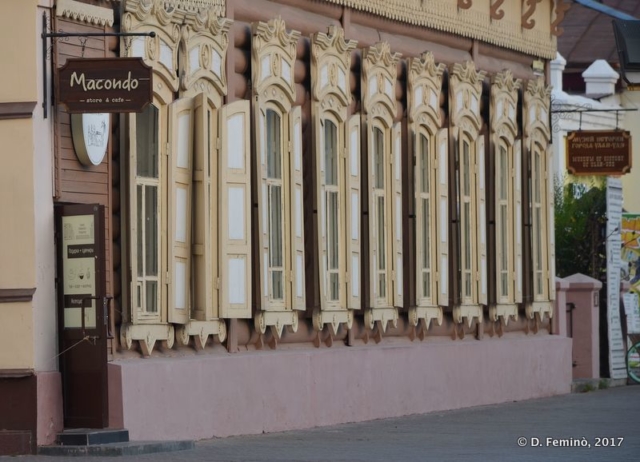 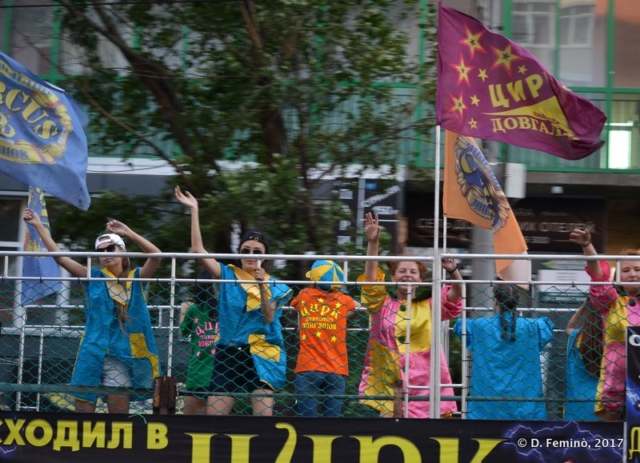 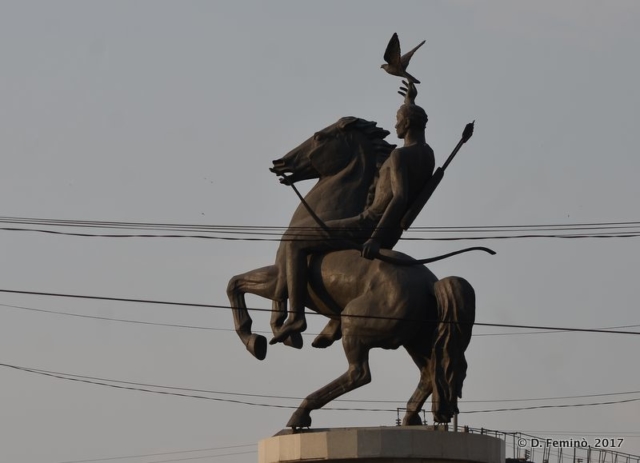