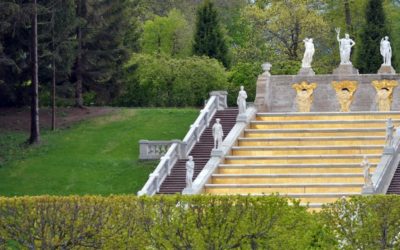 When I was in Saint Petersburg roughly for just a weekend I decided that since it was first time for me here, it would have been better to skip the Hermitage museum. I knew it was so big that a visit would have required at least an entire day leaving this way almost no time to walk around the town that is usually my favourite way to explore places. This time, also considering bad weather with a very strong wind, visit of the museum become absolutely a must. I have no idea if I should expect queues for buying ticket but in order to do not waste time and especially not to wait outside in the wind I bought the online ticket yesterday evening and in spite of a worrying message “you will receive ticket within 24 hours” I got it immediately. So, now, after having breakfast, I’m ready to spend the entire day in one of the biggest and most beautiful museum in the world. Ladies and gentlemen, here it comes the Hermitage.

First problem in such a big museum is planning the visit defining how to manage different areas. My idea is to give priority to that kind of items that are not present in other museums I’ve seen in the past. 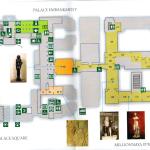 This basically keeps out from the high priority list all the paintings. I see from the map that there a lot of French, Italian and Flemish works, other schools are also present but there isn’t almost anything Russian. Nothing new to me, then. Completely different story is for what it regards the archeological findings. 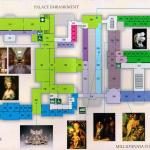 Here there are items from any part of empire, first Russian then Soviet, and also items collected during the work of Russian Archaeologists in Africa and Asia. My first goal is then visit the part about Caucasus, Central Asia, Siberian Antiquities and Eurasian Antiquities. But defining where to go, in the Hermitage is not enough. You should also find a way to go there because the museum is made of 4 different buildings: Winter Palace (the biggest one), Small Hermitage, New Hermitage, Old Hermitage plus the Hermitage Theatre. The visitor can move more or less freely among the three floors of the four buildings but since some area is closed can’t be taken for granted that you can move between two areas located on the same floor without passing through another floor.

Antiquities from the empire.

With some difficulties solved also thanks to the very helpful ladies working at the museum and crossing rooms with big boxes reminding of one of final scenes of Raiders of Lost Ark,

I’m finally on the ground floor of the Winter Palace hosting the sections I want to see. I’m not going to give you technical details about the findings I see because of course I would not be able.

I go through collections of antiquities from old Siberia, a land that is almost unknown in the west. There are findings 3.000 years old, mummified bodies of men and horses. In the room about Altai culture there are steles like the one I’ve seen in other part of the worlds showing a common knowledge spread in a very wide area. Moving to the Caucasus heritage, there are mostly items from Armenia including Khachkars, the carved tombstone I saw once in Noratus graveyard. The amount of information I receive reading the signs is huge and I don’t know how much it will stay on my mind.

I learn something more about the Golden Horde that ruled a vast part of Russia in the middle age, about Volga Bulgaria that has nothing to do with the current country called Bulgaria apart very likely the root of the name that share also with the river Volga.

But the most beautiful section in this part of the museum in my opinion is the one about Penjikent a town today part of Tajikistan and that in middle age was very important and rich. In the museum there are huge part of walls with frescos and many other incredible findings. I spent already almost three hours in this area and I see maybe one eight of what Hermitage has to offer. But there is a good point I forgot to mention, today opening is extended until 21:00 so I have few hours more.

Before moving to another floor I still have findings from Babilonia and from Sumerian culture. I have the chance to see at a close range many cuneiform text.

I don’t know how many alphabets I’m seeing during this day. Many of them I’ve never see it before in my life.

The cuneiform I saw it on books but this way is a completely different story. There is also some explanation about single sign that of course would not make you able to read but it helps you to understand in which way this writing evolved from the depiction of a concept to something more abstract. Of course there are not only writings but also some interesting statue. Now I can go to second floor where there are two other collections I want to see: one is Islamic Near East and the other is Far East and Central Asia.

Islamic art collection is fantastic and it shows how a very evolved Islamic culture ruled over a large part of Asia, Africa and some Europe (Part of Spain and Italy).

The Umayyad Caliphate was one of the largest empire in the history. What you can see here are mostly beautiful ceramics works. The Far East instead doesn’t impress me too much. What you see here are prints and sculpture but is something that I’ve seen many times on books and video and I don’t have the ability to evaluate differences between different periods. Maybe, if I suffer for reduce ability of understanding what I see is also due to lack of energy. Before moving next, it is time to have a break at the museum cafeteria.

Paintings for me are a bit boring, unless we are not talking about modern and contemporary art therefore my visit to the pinacotheca started only now.

The biggest collections are about Flemish, Italian and French. I will completely skip French school.

In my very modest opinion, France contribution to painting, before impressionism, was poor and can be ignored. For what it regards the Italians, of course I cannot expect to see anything completely new that I didn’t see already in museums of Florence, Milan or Venice. My visit is then quite fast stopping only when I see some work that I like as, for example, a very beautiful Cleopatra painted by Massimo Stanzione in the XVI century. I don’t know the painter but Cleopatra was surely not so nice looking as Stanzione depicted her in this painting. I see also some of the picture from Bellotto, a painter that to me was bringing bad luck. In his life he spend a lot of time in Dresda and Warsaw both completely destroyed during WWII.

At least, his paintings made with an almost Photographic Technique were helpful for rebuilding the old town as they were.

After Italians I see some Spanish, including my favourite Zurbaran, and then the Flemish with a lot of Rembrandt and Rubens. During this part of my visit, I’m finally able to appreciate the incredible beauty of the buildings. Some room do not host paintings, it should be visited just for the fantastic palace interiors. One great place is the Grand Church of the Winter Palace but very interesting are also the horses statues in Knight’s Room and the restored mechanic peacock clock. Some room is really breathtaking and lovers of palace interiors could visit the Hermitage regardless the museum.

And in the end Ancient Egypt, Greece and Rome.

I’m exhausted but probably now that most of the people left the museum is more enjoyable to go through the large rooms. I’ve still about one hour to see the only part of the museum I didn’t visited the one hosting items from Ancient Egypt, Greece and Rome.

Egyptian part is in a central part of the ground floor so I crossed at least twice moving from one area to another one. It has a lot of findings and explanation sign are very good. It is of course not rich like the one in Cairo but probably its collection is close in size to the one of Turin. I can say that I like it and it was also the last one in which I looked at the description.

In the greek and roman area due also to the fantastic organization of the rooms I admit that I just experienced the atmosphere with these beautiful statues in the now almost empty and completely silent rooms. When I get out from the museum, to be very honest I’m hungry but I’m not in the mood to look for something specific so, I see a Pizzeria close to my guest house that looks fairly Italian and I jump in. Reasonable pizza and reasonable Tiramisù to end the day. Here there is a small gallery of picture from the museum. The one you see in this page in a bigger size and some other stuff I mentioned it. 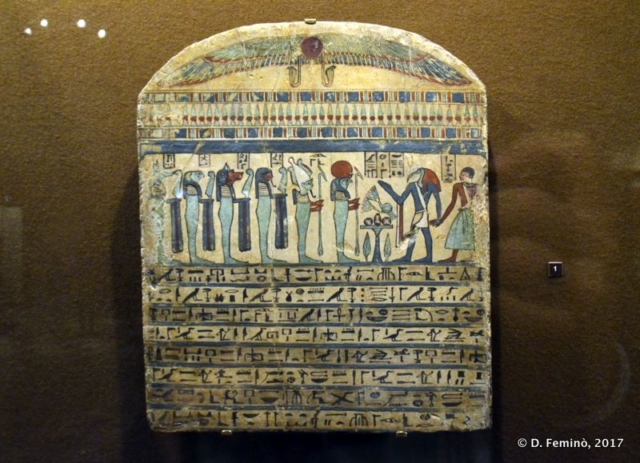 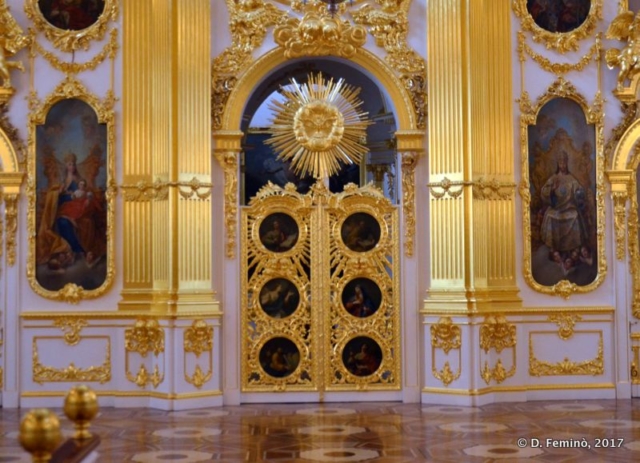 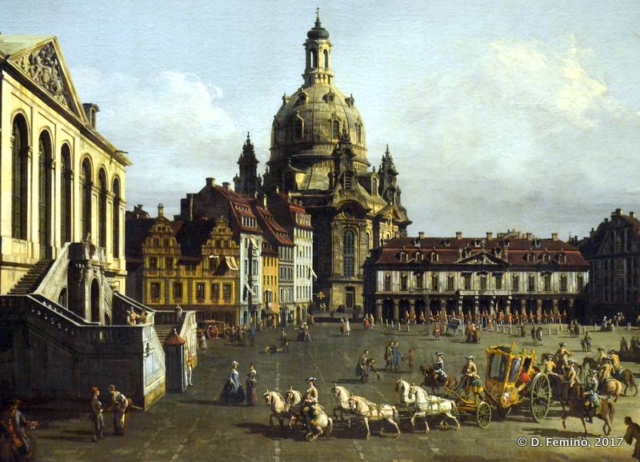 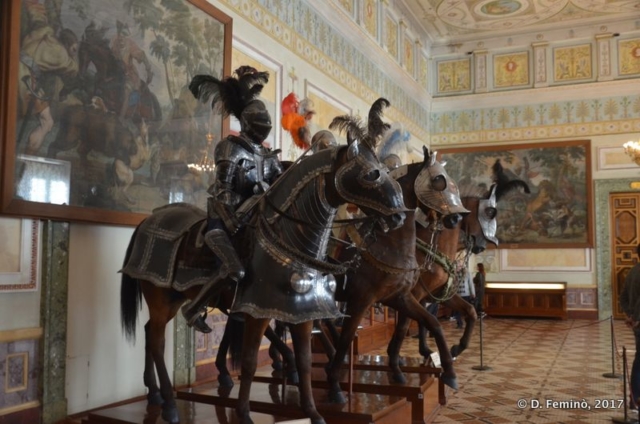 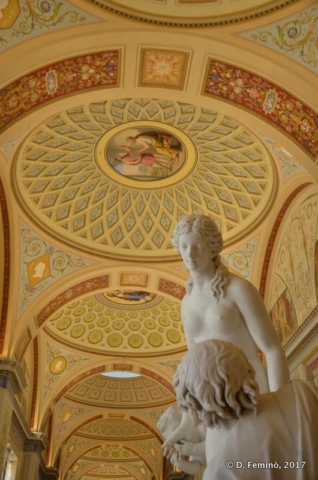 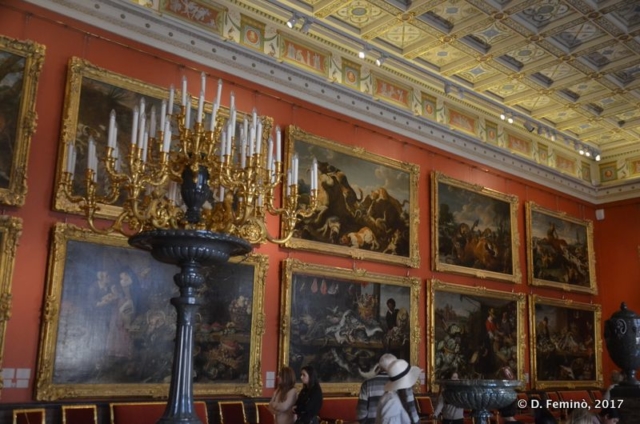 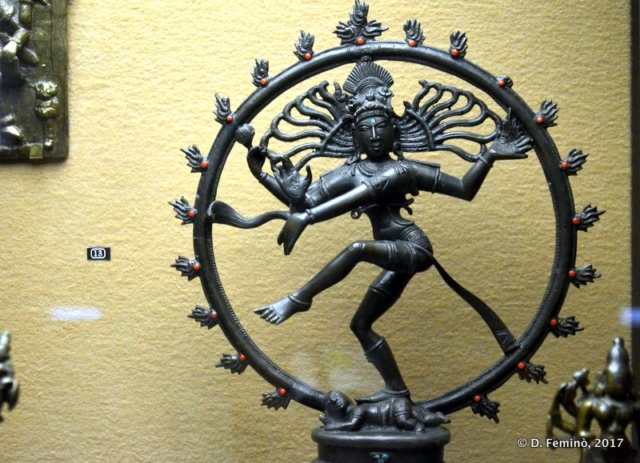 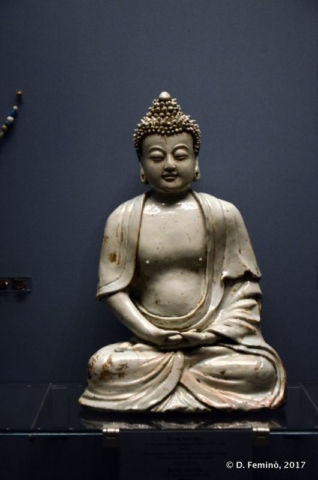 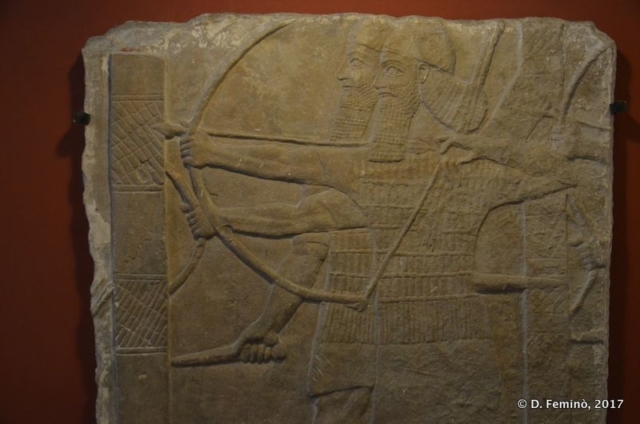 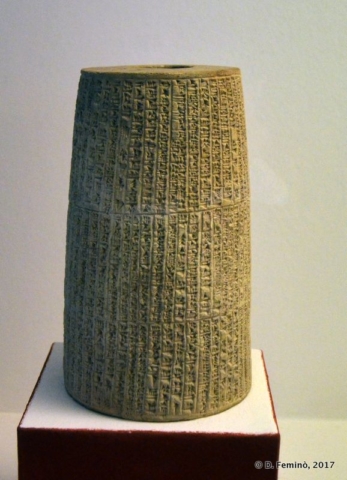 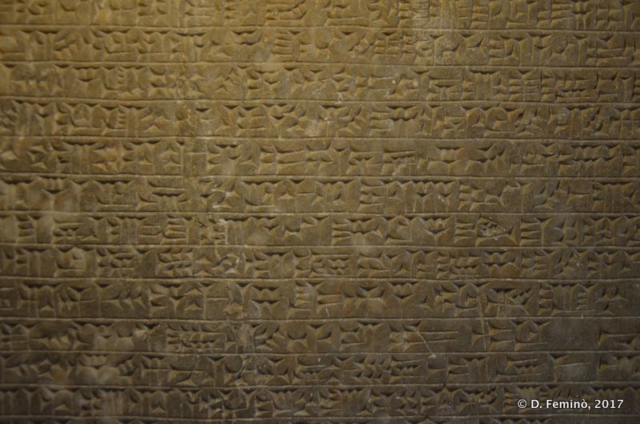 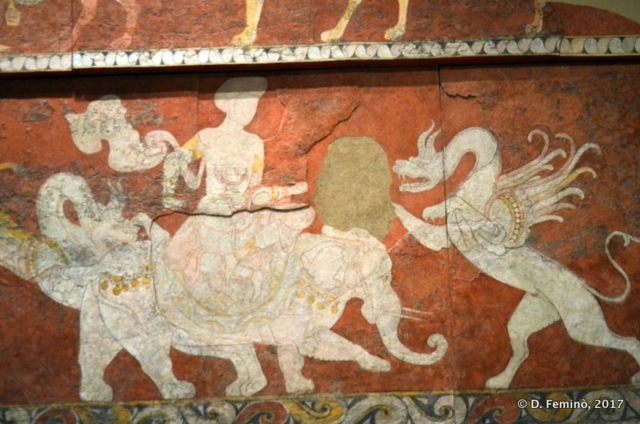 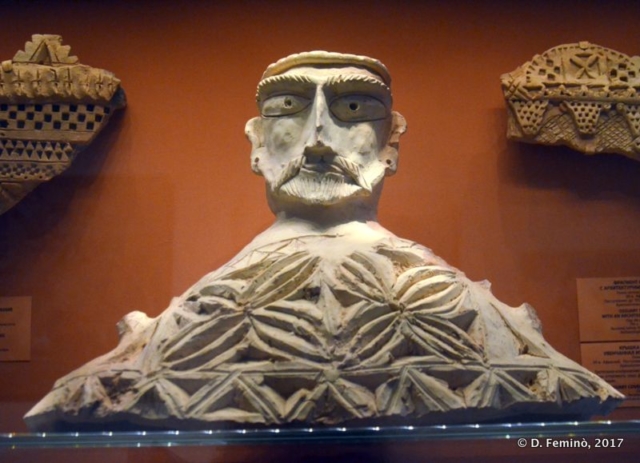 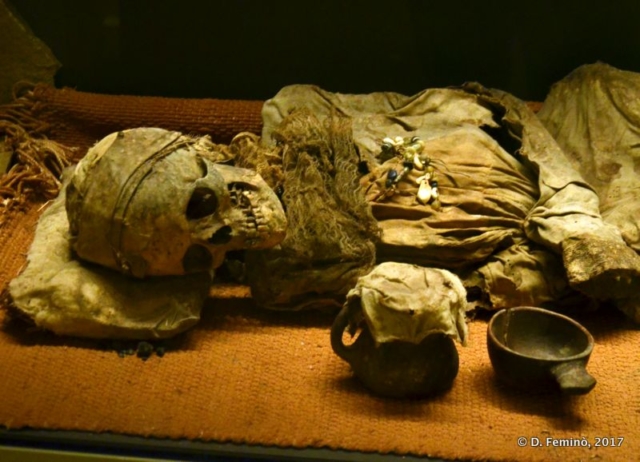 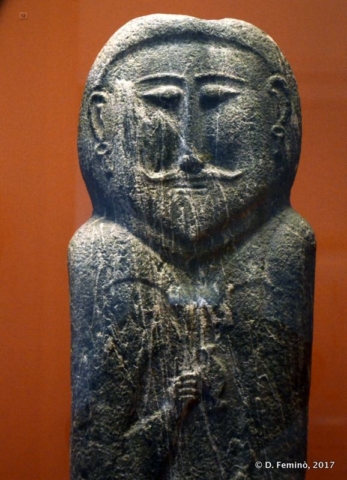 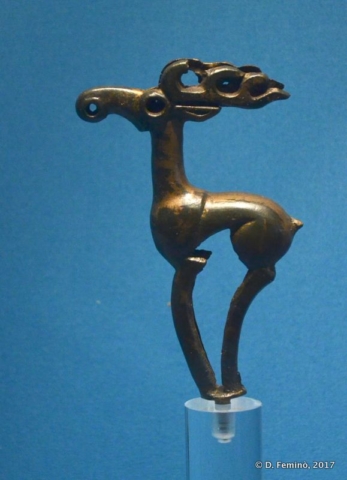 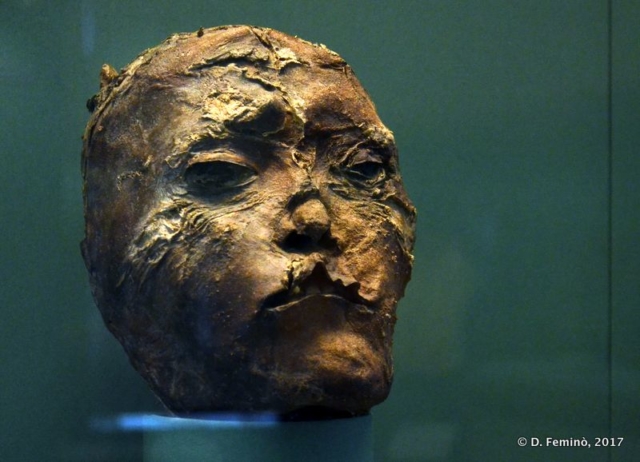 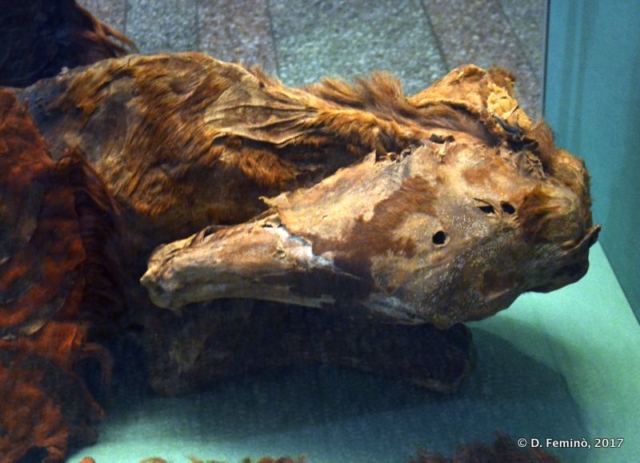